A new gene therapy for this patient population targets the ND4 gene mutation.

This article was reviewed by Nancy J. Newman, MD

The developer of a gene therapy for patients with Leber hereditary optic neuropathy (LHON) caused by a mutation in the ND4 gene applied for European marketing authorization of the therapy in September 2020.

According to the company, GenSight, LUMEVOQ (GS010; lenadogene nolparvovec) targets LHON by specifically targeting the ND4 mitochondrial gene mutation, which is the most common cause of the disease.

Investigators evaluated LUMEVOQ in the RESCUE and REVERSE trials. The 2 studies found that in 76% of the patients in the RESCUE study and 71% of those in the REVERSE study, there was a “rate of clinically meaningful improvement from a nadir of at least 0.3 [logarithm of the minimum angle of resolution],” which translates to at least 3 lines of Snellen visual acuity, GenSight reported.

These findings are especially important considering the nature of LHON, a genetic disease that affects patients bilaterally. Spontaneous recovery of LHON is rare in those with a mutation in the ND4 gene.

For patients who experience visual loss when they are age 15 years or older, the percentage who have some visual recovery is only 11.3%, according to a recent meta-analysis published in the Journal of Neuro-Ophthalmology.1

The challenge for physicians has been to estimate the rate of visual recovery given the small numbers of affected patients, which usually ranges from about 800 to 1200 new cases annually in the United States and Europe.

The investigators, led by Nancy J. Newman, MD, pointed out that visual prognosis associated with LHON is generally poor, with most patients’ visual acuity worsening to at least 20/200.

In addition, there are few treatments for LHON, and clinical trials are hampered because there is little information about the natural history of vision loss and recovery. In light of this information gap, researchers conducted a meta-analysis with the hope of expanding the body of information about LHON with this mutation.

Newman is from the departments of ophthalmology, neurology, and neurological surgery at the Emory School of Medicine in Atlanta, Georgia.

Of these patients, the investigators found that “100 (14.4%) … were reported to have ‘recovered’ some vision, although definitions of ‘recovery’ varied among studies.”

When they considered the age at which the vision loss began and those who were at least 15 years of age, the investigators noted “meaningful visual recovery occurred in 23 of 204 (11.3%) patients.

A younger age at onset, especially less than 12 years, portends a better visual prognosis and a different natural history of visual loss progression and recovery than in adults.”


Key findings
The key findings of the meta-analysis, which provided an actual picture of the course of visual function in these patients, were as follows.

The classic presentation of LHON in which patients with the m.11778G>A mutation have a severe loss of vision with rare or poor recovery from the nadir is true for most of the patients.

According to the team of investigators, among the patients aged 15 years and older, the percentage of patients who experience meaningful visual recovery “likely occurs in less than 20% of patients, irrespective of how recovery is defined, and ultimate visual acuities of better than 20/200 are rare.”

Looking to the future
The investigators noted the importance of future prospective studies with enough genotypically homogeneous untreated patients with LHON.

The studies that would yield the best information are those that the patients are stratified by age, enrolled immediately upon becoming symptomatic, and then followed regularly for a sufficiently long time during which they undergo consistent measures of visual function with standard definitions of visual improvement to clarify the natural order of the disease. 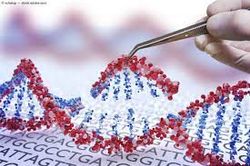