Study evaluates the impact of surgical procedure on visual outcomes in patients. 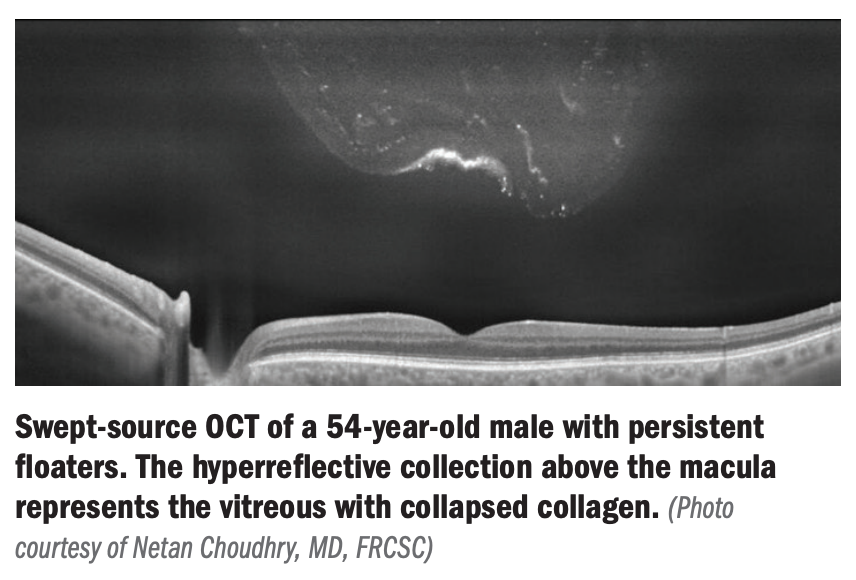 This article was reviewed by Netan Choudhry, MD, FRCSC

YAG laser vitreolysis is a less-invasive option than pars plana vitrectomy for patients who are affected by vitreous opacities (floaters), according to Netan Choudhry, MD, FRCSC, of Vitreous Retina Macula Specialists of Toronto.

Although floaters are typically clinically inconsequential, a small subset of patients have debilitating symptoms that interfere with their vision and require treatment.1

During the American Society of Retina Specialists virtual annual meeting, co-author Collier Jiang, MD, University of Calgary Department of Ophthalmology, presented outcomes from the VOYAGE study evaluating the impact the surgical procedure has on visual outcomes and on optical coherence tomography (OCT) imaging in patients with symptomatic vitreous floaters.

As background, Jiang said few publications exist on the treatment since it is so new, and those that have been published have shown varying degrees of visual function improvement after the procedure.

“Up to this point, we really haven’t had an objective way of evaluating the opacity, what it looks like, where is it, what is it doing?” Choudhry said. “And then what is the end point for treatment?”

All patients had a dilated eye examination to confirm the floaters as well as pre- and post-treatment ultra-widefield imaging.

Best corrected visual acuity (BCVA) was measured and swept-source OCT was conducted prior to and after treatment. Jiang noted 5 patients received bilateral YAG laser vitreolysis due to symptomatic vitreous floaters in both eyes.

All treatments were performed by a single surgeon using the Ultra Q Reflex Laser (Ellex) after dilation and anesthesia, using a single mid-vitreous contact lens that was applied to the cornea using GenTeal ointment (Alcon).

“The energy level was initially set for 5 mJ and titrated up to a maximum of 20 mJ to achieve plasma formation with the creation of bubbles and opacity destruction,” Jiang said.

Patients were re-treated if they reported ongoing symptoms during follow-up; 37% of eyes required a second treatment and 35% required a third treatment to resolve symptoms.

Furthermore, just over half of the patients (55%) reported an improvement in their symptoms after their final YAG treatment, Jiang said.

“Overall, this study showed a significant improvement in mean BCVA after the first YAG laser vitreolysis treatment compared to baseline,” he said. “Ninety percent of patients reported resolution of their symptomatic visual disturbance after the final treatment session. There were no retinal detachments or retinal tears.”

For example, he said by increasing the gain by 55% to 75% from an unaltered swept-source OCT scan, clinicians are able to view the opacities that were previously unable to be imaged.

Furthermore, “dynamic OCT imaging can capture the movement of the patient’s vitreous in real time and help localize vitreous opacities during treatment,” he said.

The VOYAGE study used swept-source OCT, which provided the clinicians with a greater field of view.

“OCT can provide useful information,” Jiang said. “When the depth is increased to 6 mm, we can identify some vitreous opacities that may have been missed with the standard 3 mm depth.”

“Why aren’t we doing this across the board? Most vitreoretinal surgeons are not doing YAG vitreolysis. Is it time consuming? Is it challenging?” he asked.

“These procedures can take some time, probably 10 to 15 minutes,” Choudhry said. “The reason that it was broken up into, on average, 2 sessions, was because after a certain amount of power was administered to the eye, there was a risk of an increase in IOP. We wanted to limit all complications or [adverse] effects.”

Choudhry elaborated on the unique imaging used, noting that swept-source OCT was vital to “identify the opacities that the patients were complaining about and then titrate the treatment to the end point of the disappearance of those opacities, to know that we’ve hit an end point for the therapy.”

Related: Real-world experience of OCT-A for retinal diagnoses and management

In terms of clinical practice implementation and patient selection, Choudhry noted that clinicians cannot forget that not every patient who has floaters needs treatment.

“I have been doing [YAG vitreolysis] for the past year-and-a-half successfully in the patients [who] really need it,” he said. “Of course, in the world of optics, the definitive result will always be with the complete clearing of the vitreous, but if we can avoid vitrectomy and the small risk of complication from vitrectomy in those patients [who] are good for this procedure, then why not?”

Choudhry did note, however, that vitrectomy is the first and only option for certain opacities of the amorphous variety or multiple diffuse floaters. 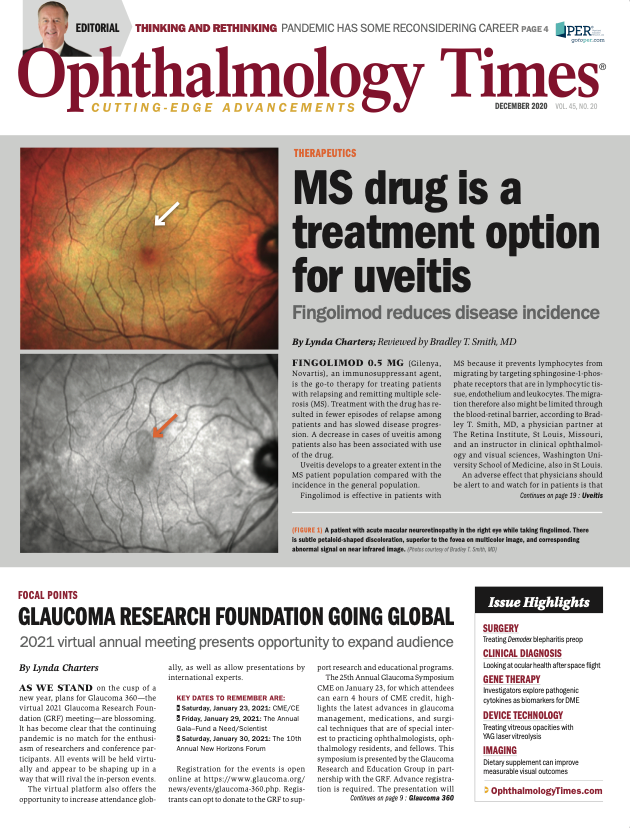