This article was reviewed by John M. Nolan, PhD

At least 700 carotenoids are found in nature. About 50 are included in a typical human diet, 15–16 of which make their way to the circulatory system, but remarkably only 3 are found in the eye, where they are highly concentrated at the macula.

These yellow macular pigments—lutein, zeaxanthin and meso-zeaxanthin—have powerful antioxidant properties and play essential roles in filtering high-energy, short-wavelength blue light and in minimizing the oxidative stress that is known to be a significant factor in age-related eye disease.

John M. Nolan, PhD, has spent 20 years researching the macular pigments–measuring them and monitoring their effects on health.

He says that “the general population is highly deficient in these; even the healthiest person you know is deficient. Nobody is eating enough.”

A deficiency in macular pigments has a real and tangible impact on day-to-day quality of life in terms of vision and cognitive function.

Carotenoids and vision
Everybody who works in eye care is aware that visual acuity does not describe the whole of visual performance, which is multifaceted and also incorporates aspects of processing speed, contrast sensitivity, glare, and visual adaptation.

Nolan’s European CREST trials, supported by a European Research Council Starting Grant, demonstrated that each of these individual visual functions is significantly improved by enriching the macular pigments by means of an oral supplement, not only in patients with early age-related macular degeneration but also in healthy study participants.1,2

Related: Blue light: Why it matters

Another important aspect of vision is the speed of visual processing, which is strongly modifiable by increasing macular pigment.

For every 0.1 increase in macular pigment optical density, roughly 1 millisecond of reaction time can be gained.3 Increased contrast sensitivity can hugely improve a patient’s quality of life and how they feel about their vision.

A patient with a medium or high level of macular pigments can develop macular degeneration, but nutrition can counterbalance genetic factors and optimize their individual disease trajectory.

Measuring macular pigments
It is important to measure the concentration of macular pigment in the eye itself because retinal levels correlate only weakly with levels in the blood; availability of the fat-soluble carotenoids at their target tissue depends on a patient’s body mass index amongst other factors.

Until fairly recently, it had been possible to quantify retinal concentrations using psychophysical methods only, which are known to be highly subjective and variable and also have the disadvantage of measuring at only 1 point in the eye.

Nolan has worked with Heidelberg Engineering to develop an experimental software add-on to the Spectralis system, which uses a dual-wavelength autofluorescence system to measure the “optical volume” of the macular pigments.4

They have developed and validated macular pigment optical volume (MPOV) as an arbitrary unit that provides a measure of the concentration of the pigments within every pixel of the image, across the entire macula, thus allowing the distribution of the pigments to be mapped.

It is now possible to examine a patient and compare their MPOV with that of the general population average in terms of low or high levels of pigment.

The population of individuals with Alzheimer’s disease is the most deficient Nolan has encountered and he is currently conducting an interventional study in these patients.

This would not have been possible previously, as people with this dementia are not able to cooperate with psychophysical testing.

The Spectralis system makes it possible to quickly and simply measure their macular pigment.

A cross-sectional observation study with 4000 participants in the Republic of Ireland demonstrated that individuals who had high levels of pigment outperformed everybody else in all measures of cognitive abilities.5

Interventional trials found that memory and cognition in healthy patients improved on supplementation with the 3 macular pigments.

Supplementation
It is possible in principle to improve one’s levels of macular pigment by eating significant portions of plants such as spinach, kale and corn.

Good nutrition is a baseline and the first step Nolan takes with his trial patients is to optimize their nutritional profile via diet.

A cost–benefit analysis that Nolan published in the Irish Medical Times showed clearly that across a 5-year period, in the population of the Republic of Ireland, using these supplements as standard could save over 250 million Euros from the health budget.

John M. Nolan, PhD
E: John@ivr.ie​
Prof. Nolan of the Nutrition Research Centre Ireland, School of Health Science, Waterford Institute of Technology, was recently awarded the Heidelberg Engineering Xtreme Research Award 2020 for his research on macular pigment for vision health and as a biomarker for brain nutrition and function. He has no financial interest in the subject of this article. 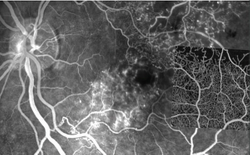 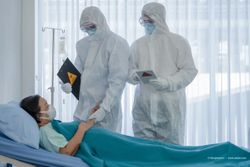