To improve patient care, guidelines for clinical and therapeutic management should be based on high- quality scientific evidence, such as the European Glaucoma Society’s Terminology and Guidelines for Glaucoma, fifth edition,1 which contains only references from first-rate systematic reviews, landmark glaucoma trials, and population-based studies.

Randomized controlled trials (RCTs) are one of the most reliable sources of this type of evidence because, if well conducted, they can produce unbiased and generalizable data on diagnosis and therapy, giving fundamental insights into patient treatment.

Taken together, the results from these trials help us to determine what we should do after diagnosing glaucoma in a patient.

The Early Manifest Glaucoma trial
The EMGT investigated the effects of medical treatment and laser treatment on glaucoma progression. Investigators recruited 255 patients between 1993 and 1997 on a population-screening basis and followed them until 2013.

Patients with previously untreated glaucoma with repeatable visual field (VF) defect and corresponding optic nerve damage in at least 1 eye were enrolled in the trial.

Investigators randomly allocated the participants to treatment, which consisted of a combination of laser trabeculoplasty and topical betaxolol, or no treatment.

The IOP trend during follow-up was different between the 2 groups. In the treated arm, IOP decreased from 20.6 to 15.5 mm Hg at 3 months, corresponding to a 25% reduction from baseline; this was maintained throughout the follow-up period.

The investigators observed no IOP changes in the untreated arm.

Survival analysis showed that the differences in VF progression between the groups arose early and were maintained for the entire follow-up period.

Progression was more frequent in the control group at any time point, occurred earlier in controls, and increased over time in both arms.

The first analysis (in 2001) showed significantly different progression in the 2 groups: 62% in the control group and 45% in the treatment group.2

At the end of the study, the investigators detected progression in 59% of treated participants compared with 76% of control participants, with a hazard ratio of 0.6.

An IOP of > 21 mm Hg, PXF syndrome, glaucoma in both eyes, worse median baseline MD, and older age were significantly associated with risk of progression.

Among the longitudinal factors, progression was strongly associated with the magnitude of initial IOP change, IOP at 3 months of treatment, and mean IOP during follow-up.3

Disc hemorrhages and lower central corneal thickness (CCT) were also associated with risk of progression, but the latter only in patients with higher baseline IOP.4

Alongside the valuable data about the impact of treatment on glaucoma progression gained from this study, information from the untreated group enabled us to follow the natural course of the disease.

By analyzing data from untreated patients who were followed for at least 6 years, Heijl et al showed that the majority of participants experienced minimal yearly IOP changes, with larger IOP changes in those with PXF glaucoma.5

Related: Home IOP monitoring may be aftereffect of COVID-19 pandemic

Overall, IOP did not increase in the untreated arm and 68% of patients showed glaucoma progression.

Accordingly, PXF glaucoma has a higher risk of progression if untreated.

The United Kingdom Glaucoma Treatment study
The UKGTS was conducted in 2014. It was designed to have several similarities to the EMGT (eg, inclusion criteria) to make the results as comparable as possible.

The UKGTS was the first multicenter RCT to evaluate treatment with latanoprost (Xalatan; Pfizer) 0.005% vs placebo in patients with glaucoma (POAG, NTG, and PXF glaucoma).

Patients were enrolled consecutively between 2007 and 2010, and the primary outcome was VF deterioration within 24 months.

Such a short observational period was possible because the frequency interval of VF was clustered at the beginning and end of the trial to maximize the power to detect progression.

As in EMGT, patients enrolled in UKGTS had newly diagnosed and untreated glaucoma, defined by VF defect and corresponding damage to the optic nerve head.

Patients with moderate to advanced VF damage were excluded, as were those with elevated IOP (> 35 mm Hg on 2 consecutive occasions in either eye or mean baseline IOP of ≥ 30 mm Hg).

The mean IOP was 20.1 mm Hg and 19.6 mm Hg in the placebo and treated groups, respectively.

The median MD at baseline was 2.9 dB, which means the glaucoma tended to be at an earlier stage than it was in the EMGT (median EMGT MD, −4.1 dB).6,7

At 24 months, the percentage of patients who reached the primary end point was significantly different between the arms: 25.6% of patients in the placebo group compared with 15.2% in the treatment group.

Time to deterioration was also significantly longer in the treated group.

Increased risk of progression was associated with treatment allocation, glaucoma in both eyes, higher mean baseline IOP, and disc hemorrhages at the baseline visit.

By combining the results from EMGT and UKGTS, we can draw common conclusions and translate them to clinical practice.

Lowering IOP is effective in reducing disease progression in previously untreated patients with POAG, NTG, and PXF glaucoma; the treatment’s efficacy depends on the patient’s pretreatment IOP, with a stronger effect on higher baseline IOP values.

The rate of reduction is also crucial: each mm Hg of IOP reduction decreases the risk of progression by a specific percentage. The lower the IOP reached—not only after starting therapy but also during follow-up—the better the outcome.

When we analyze the results from RCTs, we must take into account the statistical variability of data.

Summary measures to draw overall conclusions are vital, and mean values of different parameters (such as mean annual IOP change, mean MD change, and mean rate of progression), which represent the average behavior of all participants, are usually reported.

However, there is a certain amount of variability around this value, corresponding to participants who have shown results that differ from the mean.

Translating this statistical variability into clinical practice means that one must remember that any patient could be near the average or could be an outlier, showing a different behavior from that expected with regard to IOP changes, rate of progression, and other parameters.

The EMGT and UKGTS provided information on the history of glaucoma. When we look at survival analysis, we generally focus on differences between treated subjects and controls, but it also shows patients who progress despite treatment and controls who do not progress despite remaining untreated.

In the UKGTS, two-thirds of participants in the placebo group showed no VF deterioration during 24 months of follow-up, and investigators observed the same outcome in 38% of untreated patients in the EMGT.2,6

This suggests that patients with slight VF loss at baseline could be followed without treatment for a period.

In summary, besides stressing the importance of IOP reduction in preventing glaucoma progression, the EMGT and UKGTS have shown that different factors affect the risk of disease progression.

Looking for a particular target IOP or percentage of IOP reduction is not the best option for all patients with glaucoma.

Physicians must consider each patient as unique, and only by quantifying the individual risk will it be possible to best tailor the treatment approach for each patient.

Manuele Michelessi, MD
E: manuele_michelessi@yahoo.it
Michelessi is an investigator at the Glaucoma Research Unit of the IRCCS G. B. Bietti Foundation for Study and Research in Ophthalmology in Rome, Italy. He has no financial disclosures or any conflict of interest related to the subject matter.

Sara Giammaria, MD
P: 902/473-4343
Giammaria is a research fellow in the Department of Ophthalmology and Visual Sciences at Dalhousie University in Halifax, Canada. She reports no conflict of interest relevant to the subject matter. 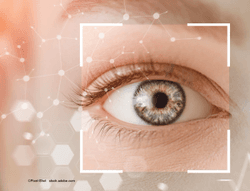