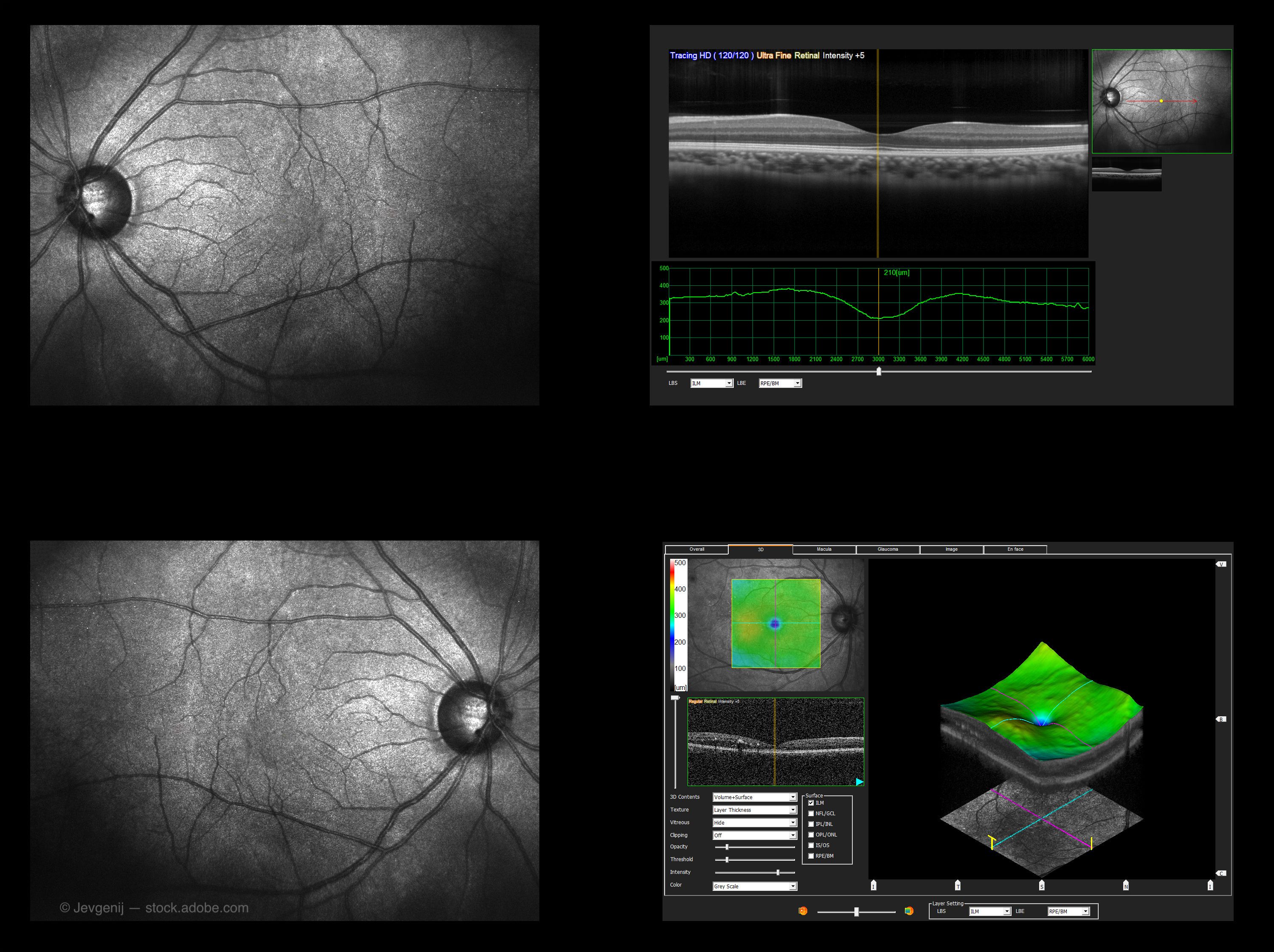 The detection of choroidal hypertransmission defects on en face optical coherence tomography (OCT) images that measure 250 μm or larger were associated with the presence of nascent geographic atrophy (GA) and serve as a useful biomarker for the future formation of frank GA, according to Philip Rosenfeld, MD, PhD, is professor of ophthalmology, Bascom Palmer Eye Institute, University of Miami Miller School of Medicine.

These lesions were tracked for 36 months. If the lesions could be be detected for the entire 36 months, then they were considered persistent.

In this study,1 133 eyes of 68 patients imaged with both SD-OCT instruments were found to have 26 hyper-transmission defects in 19 eyes of 16 patients that fit the definition of persistence.

The average greatest linear dimension of these persistent lesions was 287 μm. When using a cut-off of either 250 or 300 μm, they found that both sizes showed a similar power to discriminate between persistent and transient lesions, Rosenfeld reported.

Lesions with a greatest linear dimension of 250 microns or greater correlated with nascent GA in 157 eyes of 81 patients and a significant association was found.1

Natural history study
“Based on our observations, we believe that hypertransmission defects are associated not only with nascent GA, but an even earlier stage of disease progression that eventually leads to GA. However, we needed proof that these defects led to GA,” he said.

Rosenfeld and his colleagues then conducted a natural history study to demonstrate the predictive power of hypertransmission defects.

Swept-source OCT was used to image 182 eyes of 131 patients with intermediate age-related macular degeneration with at least 1 large drusen and no evidence of GA.

The eyes were graded during follow-up for the appearance of persistent hypertransmission defects, GA, and nonexudative and exudative macular neovascularization.

“All 61 eyes showed persistence or disease progression; 17 eyes developed GA and 1 eye developed GA without a prior hypertransmission defect, but this could be explained by the lack of follow-up visits for 9 months due to an illness,” he reported.

When determining the time to the development of GA in all eyes, Rosenfeld found that at 36 months, 14% of eyes with drusen developed GA from baseline.

In the eyes with hypertransmission defects, at 36 months, 48% of eyes developed GA, which represented a 40-fold increased risk of formation of GA.

In this study, the presence of persistent hypertransmission defects indicated a higher risk of progression to GA.

En face imaging was advantageous for early detection of hyper-transmission images, and the technology provided much easier grading than averaged B scans.

Rosenfeld stated that the same volumetric scan used to measure these hypertransmission defects can also be used to measure the drusen area and volume, choriocapillaris flow defects, formation of macular neovascularization, and changes in choroidal vascularity.

An automated algorithm has been developed to detect these hypertransmission defects.

“Most consensus grading is done on highly averaged B scans. En face imaging facilitates early detection of hypertransmission defects," Rosenfeld concluded. "Persistent choroidal hyper-transmission defects of at least 250 μm in size can serve as a stand-alone precursor for the future formation of GA."

Philip Rosenfeld, MD, PhD
E: prosenfeld@med.miami.edu
This article is adapted from Rosenfeld’s presentation at the Bascom Palmer Angiogenesis, Exudation and Degeneration 2021 virtual conference. He is a consultant to and receives research support from Carl Zeiss Meditec. 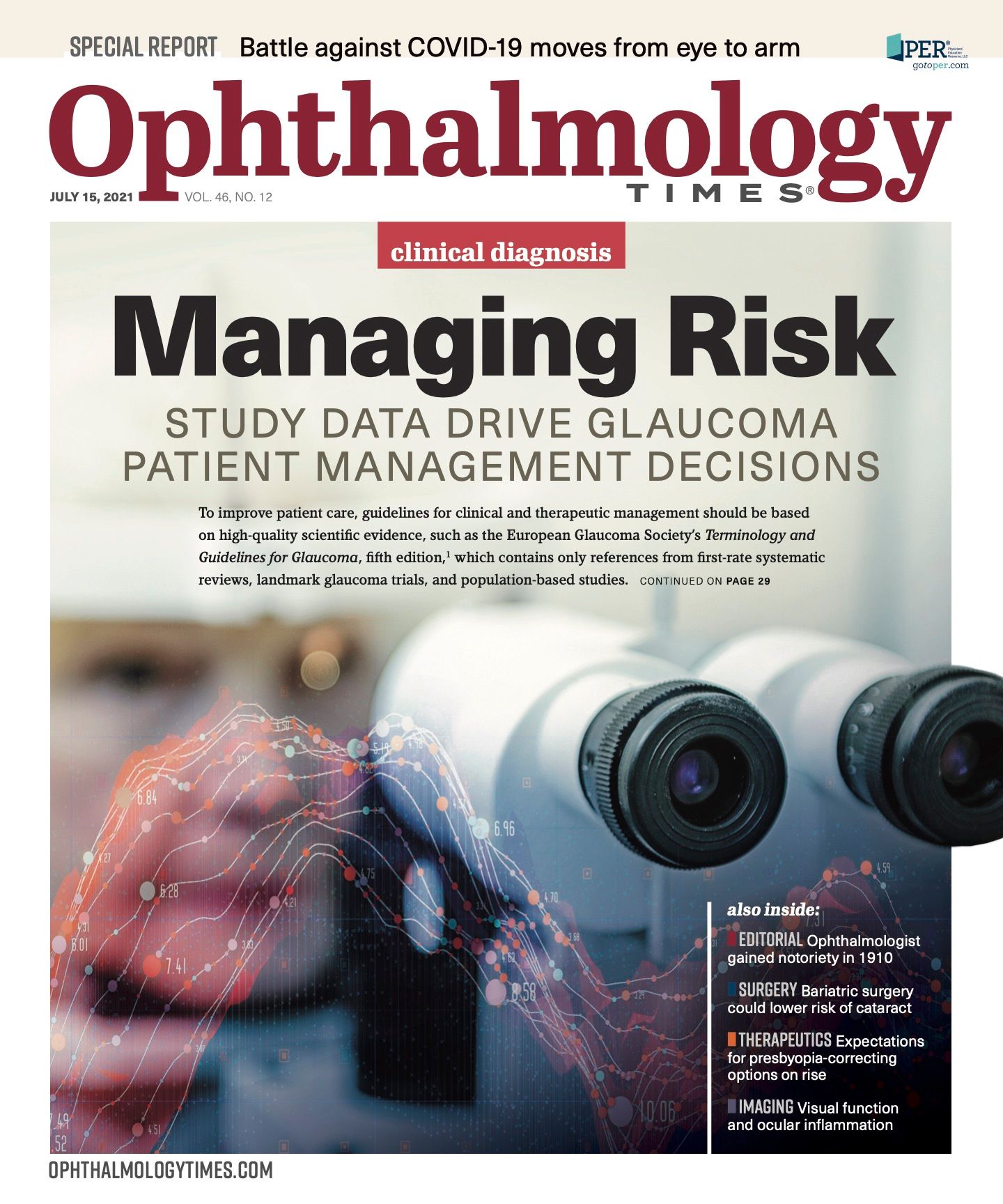