Investigators determine that patient rates of adherence with gonioscopy are low.

The POAG PPP recommends a gonioscopy be performed periodically to document the status of the angle to facilitate the documentation of POAG.

However, a check of the adherence with this recommendation indicated that most patients have not had a gonioscopy and that more than 25% of those who did not were likely to have an IOP that was higher than those who did undergo a gonioscopy, according to Ali A. Al-Rajhi, PhD, MPH, manager of guidelines and policy at the American Academy of Ophthalmology in San Francisco, California.

If left unchecked, POAG can result in loss of the optic nerve rim and retinal nerve fiber layer with associated visual field defects.

Risk factors include, but are not limited to, older age, Black/African race, Latino/Hispanic ethnicity, and elevated IOP.

Al-Rajhi pointed out that there are limited epidemiologic data regarding assessment of the demographic characteristics of patients with POAG who did and did not adhere to the POAG PPP’s gonioscopy recommendation.

Shedding light on patient adherence
Al-Rajhi and his colleagues set out to determine the adherence rate and characteristics of patients with POAG who were adherent in a retrospective cohort study. They theorized that most patients were nonadherent.

The investigators used the extensive AAO IRIS (Intelligent Research in Sight) Registry for the study.

The goal was to identify patients adherent to gonioscopy during the study period from January 1, 2013, to December 31, 2018, and to evaluate IOP outcomes 12 months after POAG was diagnosed.

The patients were defined as gonioscopy adherent if they underwent a gonioscopy within 12 months of the initial diagnosis of POAG.

Younger patients and Asian, Black/Asian and Latino/Hispanic patients were significantly more likely to undergo a gonioscopy compared with Caucasian patients (P < .0001 for all comparisons), Al-Rajhi said.

Assessment of IOP, specifically 18 mm Hg or lower and higher than 18 mm Hg following the POAG diagnosis, showed that Asian and Latino/Hispanic patients were significantly (P < .001 for both comparisons) less likely to have an IOP exceeding 18 mm Hg at 12 months compared with Hispanic patients.

More than three-quarters (79%) of the study patients did not undergo a gonioscopy within 12 months of the earliest diagnosis of POAG and were 26% more likely to have an IOP that was higher compared with those who did have a gonioscopy at 12 months.

Ophthalmologists and the public are invited to access, at no cost, PPPs for this and other ocular diseases at AAO.org/ppp.

Ali Al-Rajhi, PhD, MPH
e:alrajhi@stanford.edu
This article is adapted from Al-Rajhi’s presentation at the American Academy of Ophthalmology’s 2020 virtual annual meeting. Al-Rajhi has no financial interest in this subject matter. 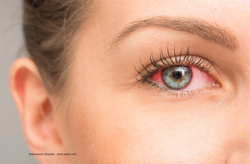