This article was reviewed by Julián García-Feijoó, MD, PhD

A supraciliary glaucoma drainage device (MINIject; iStar Medical) has been found to significantly lower both IOP and the number of glaucoma medications needed 6 months after implantation in patients with medically uncontrolled glaucoma, according to Julián García-Feijoó, MD, PhD, who presented the 6-month and 1-year results of the STAR-II trial (NCT03624361).

García-Feijoó is a professor of ophthalmology and chairman of the Department of Ophthalmology at San Carlos Clinical Hospital, Complutense University of Madrid, Spain.

The device is made of a soft, flexible material with antifibrotic properties, with micropores that facilitate a natural flow speed of fluid from the anterior chamber to the suprachoroidal space, he described.

In the prospective, open, multicenter European clinical trial, the device was implanted using an ab interno approach through a corneal incision that was 2.2 mm or less. No bleb is created during this surgery and no mitomycin C or 5-fluorouracil is used.

The primary objective was to assess the efficacy and safe of the MINIject as a stand-alone procedure for treating primary open-angle glaucoma (POAG) that is uncontrolled in patients using topical antiglaucoma medications.

The end points included a success rate at 6 months after implantation that exceeded 60%.

Success was defined as a diurnal IOP in a range that was greater than 5 mm Hg to 21 mm Hg or lower and a 20% IOP reduction from baseline with or without antiglaucoma medications. The investigators also evaluated the endothelial cell loss.

The mean baseline IOP was 24.6 mm Hg and the mean number of medications used was 2.9, García-Feijoó reported. The investigators reported their 6-month findings.1

In a comparison of the performances of patients who were medication-free with those still on medications, the device was found to be effective for both. The IOP decreased by 32% in patients still on the medications.

Ultrasound biomicroscopy performed at 1 week, 6 months, and 1 year showed the impact adapted to the scleral curve. The correlation between the implant location at 1 week and 12 months showed that the implant did not migrate.

“Overall, the MINIject was found to be very safe,” García-Feijoó said.

Importantly, no loss of endothelial cells was detected at 1 year. Four patients required another glaucoma surgery; in 2 patients the implant was positioned too posteriorly, which limited the effectiveness of the device. The study will follow the patients out to 2 years postoperatively.

“The MINIject implant demonstrated a strong performance both in lowering IOP and the number of glaucoma medications,” García-Feijoó said. “Patients had a 38% reduction in IOP at the 12-month evaluation.”

Conclusions
The device was not associated with any significant safety concerns; there was no effect on the corneal endothelial cell density and no migration over time.

“Although a longer follow-up is needed to confirm these results, this supraciliary minimally invasive glaucoma procedure offers a valuable bleb-free treatment option for patients with glaucoma that requires low target pressures,” García-Feijoó concluded. 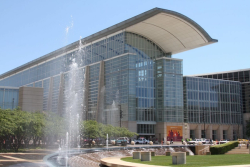