The use of MIGS trends and patterns in the US

Use of such procedures increased markedly in analysis of IRIS Registry Data.

The use of minimally invasive glaucoma surgeries (MIGS) has increased markedly over the previous 6 years in the United States, with a concomitant (albeit smaller) decrease in traditional trabeculectomies and glaucoma drainage device (GDD) techniques.

Usually in the United States, the first-line therapy for glaucoma is administration of antiglaucoma eye drops or laser therapy; surgical interventions are reserved for more advanced or refractive glaucoma because they can be associated with a high risk of complications.

How MIGS work
These devices work in a few ways to decrease IOP, but all attempt to do so with minimal disruption of the scleral and conjunctiva.

Others such as Trabectome (NeoMedix), Kahook Dual Blade (New World Medical), and TRAB360 (Sight Sciences) work via decreasing the outflow resistance by removing the trabecular meshwork from within the anterior chamber.

A second approach is increasing the uveoscleral outflow by facilitating suprachoroidal pathways, as accomplished by a stent (CyPass micro-stent; Alcon).

And, finally, aqueous production can be decreased by endocyclophotocoagulation (ECP).

All are innovative, but as Yang pointed out, the role of the MIGS devices is not fully understood and raises questions.

Can they replace trabeculectomy to save sight and is their cost justified by their efficacy, safety, and duration of effect?

Understanding the trends and patterns in the use of MIGS and who is receiving them are important considerations in weighing the cost and the limited evidence of long-term safety and efficacy data, Yang explained.

Related: Advantages of incorporating ECP into the surgeon’s armamentarium

IRIS Registry analysis
Yang and colleagues collected data on the use of the various devices and the standard surgeries from 2013 to 2018.

The primary study analysis sought to determine the annual number of MIGS and standard procedures performed in the United States during the study course.

The secondary analysis was determination of the concurrent (same dates) and sequential (different dates) MIGS and standard surgeries.

Yang reported identifying a 2-fold increase in the use of MIGS procedures over the past 6 years in the United States that was accompanied by a gradual decrease in traditional surgeries.

“The annual proportion of iStent procedures increased from 14% in 2013 to 40% over the 6-year period, and surpassed standard glaucoma surgeries by 2016 and accounted for almost half of all surgical glaucoma procedures by 2017,” she said.

Cypass and Xen only began to increase in frequency following United States Food and Drug Administration approval and clearance in 2016. The proportion of annual goniotomy procedures also markedly increased since 2016.

The annual rates of ECP and standard glaucoma procedures decreased during the 6-year study period.

Regarding the analysis of the current and sequential glaucoma surgeries, about one-third of eyes underwent a concurrent procedure, with the preferred combination being ECP and iStent.

Considerations
Recognition of the increasing numbers of iStent procedures and the concurrent decrease in standard glaucoma surgeries did not happen in a vacuum and likely were associated with the introduction of novel antiglaucoma medication that can better control IOP, MIGS procedures that can be combined with phacoemulsification, and restrictions to reimbursements for traditional surgery and more MIGS procedures approved by the FDA and reimbursed, Yang explained.

Another consideration is the demographic differences observed in association with the various glaucoma procedures.

For example, higher glaucoma prevalence rate and severity were seen in the Black population compared with Caucasian patients in the United States, which may explain why more standard glaucoma surgeries are used more often for Black patients.

Other reasons may be related to disparities in the access to and utilization of eye care and less comprehensive medical insurance among Black patients.

According to data analysis, most MIGS procedures (particularly the iStent, Cypass, and ECP) are combined with phacoemulsification.

In the one-third of eyes that underwent a concurrent glaucoma surgery, iStent and ECP were combined because of the additive benefits from different mechanism of action and the ease of performing them in combination, and greater reimbursements for combined procedures.

“Our findings outline the need for well-designed clinical trials demonstrating the long-term safety and effectiveness for both stand-alone and combined MIGS techniques,” Yang concluded.

Shuang-An Yang, MD, MPH
e:christine108801@gmail.com/shuanganyang@hsph.harvard.edu
This article is adapted from Yang’s presentation at the American Glaucoma Society 2021 virtual annual meeting. Yang has no financial interest in this subject matter. 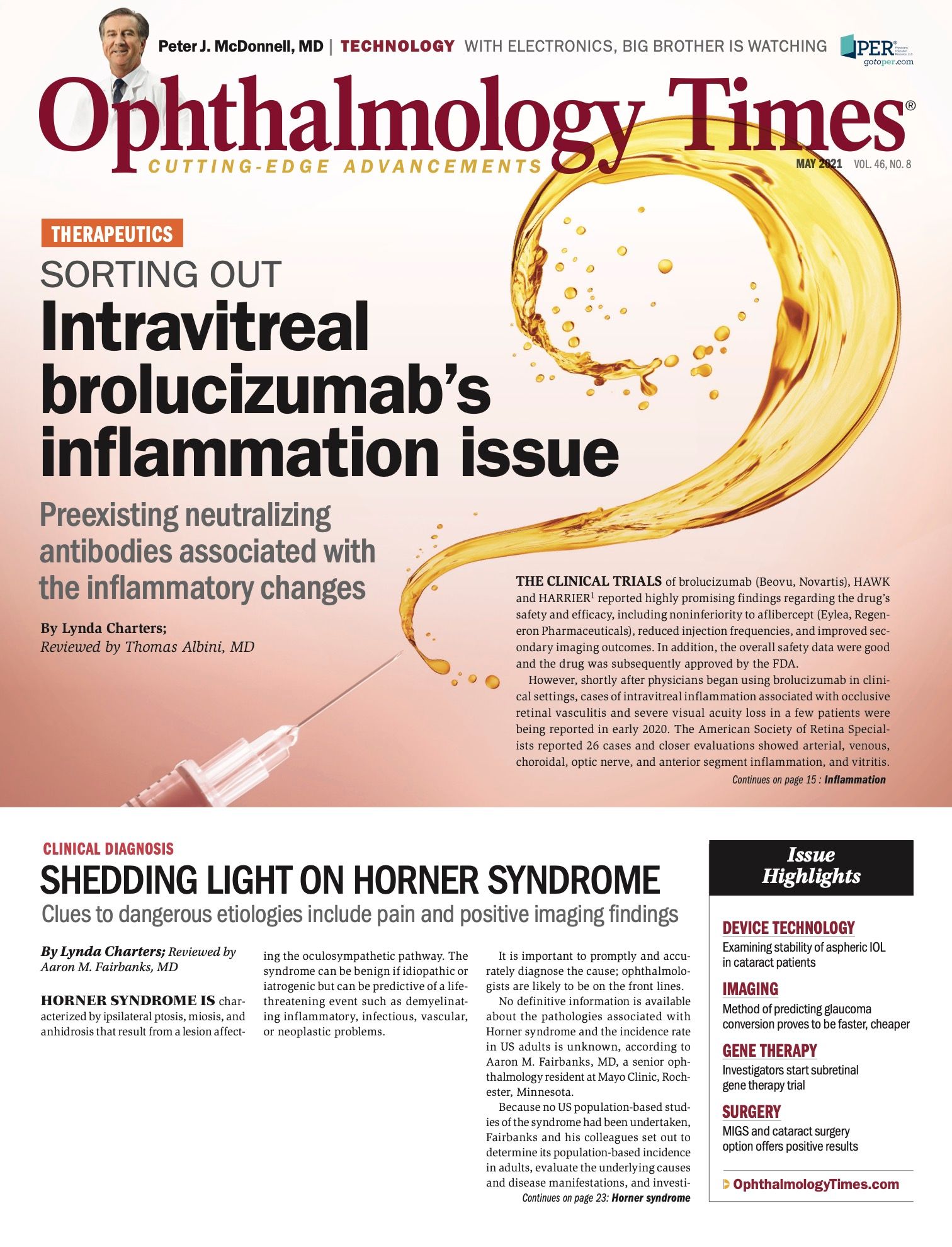