Ophthalmologist details his preferred technique to avoid complications during procedure. 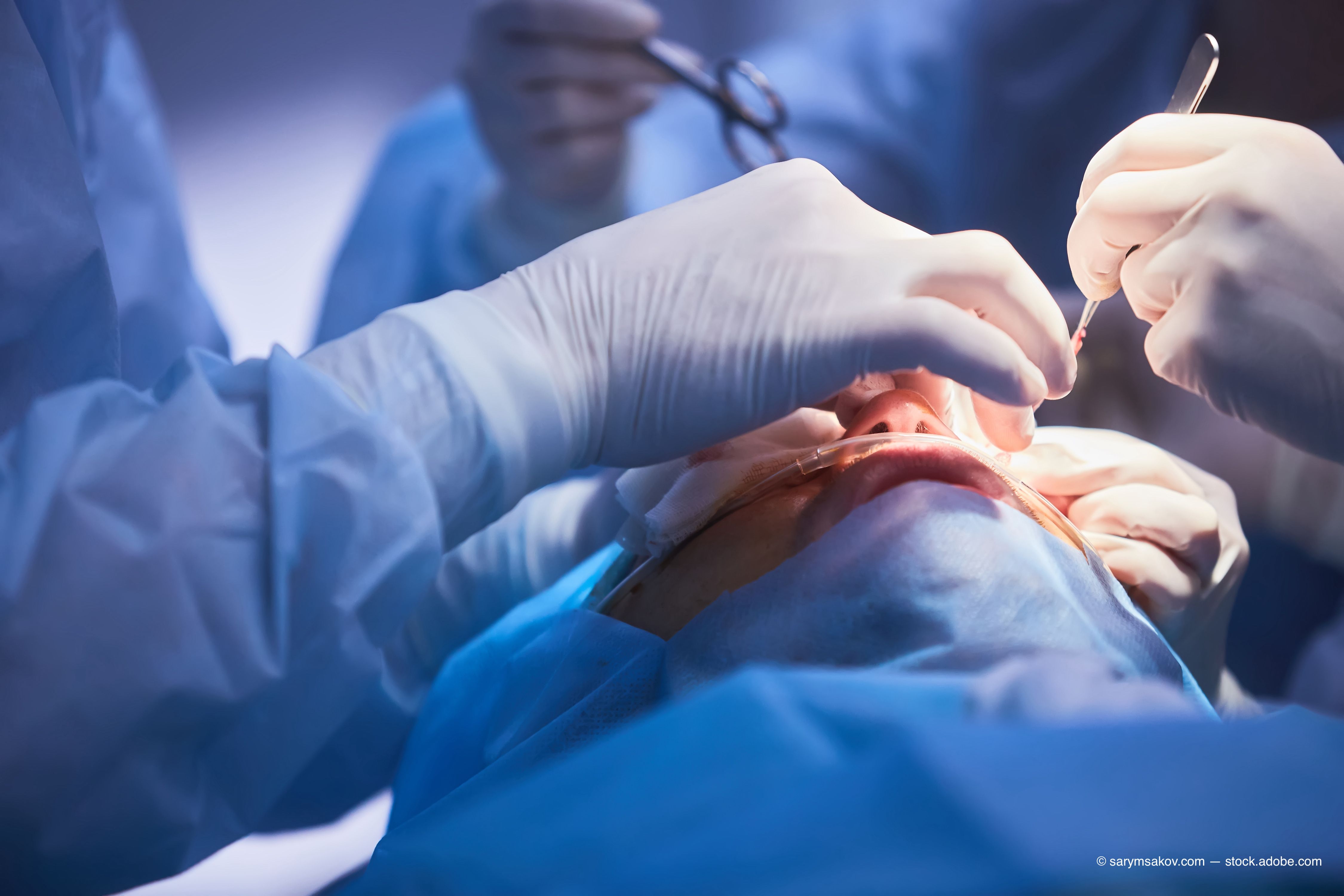 This article was reviewed by Kuldev Singh, MD

Paul Palmberg, MD, PhD, a professor of ophthalmology at Bascom Palmer Eye Institute at the University of Miami Miller School of Medicine in Florida, shared his view of the ocular anatomy, which he said helps him to avoid pitfalls and increase patient comfort.

Avoid bleeding
When considering the conjunctiva, Tenon’s capsule, and the sclera, careful techniques can be performed to avoid limbal leaks and bleeding in the conjunctival flap.

Palmberg noted that the capsule is thicker at the 10 o’clock to 2 o’clock and 4 o’clock to 8 o’clock positions.

As the technique progresses, the surgeon can continue around and evert the conjunctiva and Tenon’s capsule.

“The scissors are passing through the potential space under Tenon’s capsule all the way around,” he said.

A radial incision then can be made at the side and spread back through the intermuscular septum to each side of the superior rectus muscle.

Sponges soaked with mitomycin C (MMC) can be placed through the openings in the intermuscular septum and along the limbus to widely apply the MMC and facilitate extensive spreading of the drug.

Avoid bleb issues
“Wide application of the MMC under a fornix flap avoids a ‘ring of steel,’ that is, scarring, which can delimit the bleb posteriorly,” Palmberg said.

Related: Surgical decision-making in the era of MIGS

This technique was developed by Sir Peng Khaw, MD, PhD, who saw a marked decrease in bleb problems in pediatric cases from 20% to 0%. He used the fornix flap with wide MMC application instead of a limbus-based flap with local MMC application.

“The limbus-based procedure resulted in a focal, highly elevated, thin, and highly vulnerable bleb,” Palmberg said, adding that his bleb-related complications decreased from approximately 8% to 1% at 5-year follow-up.

Another advantage of the fornix-based procedure involves aqueous drainage through Tenon’s capsule on each side of the superior rectus muscle; because the fluid can drain much more freely through lymphatics in the conjunctiva and Tenon’s capsule further back, a much more comfortable bleb forms.

In contrast, when a limbus-based flap is created, scars form at the incisions in the conjunctiva and Tenon’s capsule—the so-called ring of steel that blocks posterior drainage.

Avoid a leaky conjunctival closure
Palmberg uses 10-0 nylon to make a bite immediately peripheral to the cornea, down through the scleral, and across and upward; he also closes each side with a bite in the sclera and up through the conjunctiva (square wave bites).

He explained that he pulls tightly down on this to impale over the needle, comes back out and takes another bite that is tied down under the conjunctiva and run out to the tip, and then takes a bite at the apex and passes it back underneath, tying a knot that is buried under the flap. He repeats the same process on the other side.

“In this way, the vector forces in this area are pulling to the sides—but not across where the conjunctiva should balloon up—without compressing Tenon’s capsule,” he said. “Fluid then can flow [backward] through Tenon’s capsule.”

The manner in which the bites are taken in the sclera is not to be taken lightly; they are square wave bites and not skimming bites.

A vertical bite should be taken down with 10-0 nylon, moved across, and then brought back up as vertically as possible through the conjunctiva and down, with the knot tied underneath.

“The needle should not be parallel to the surface as it enters the sclera because this is a skimming bite that is shallow upon entrance and exit,” Palmberg said. “This puts tension on the thin sclera on the 2 sides and eventually tears and loosens, all of which cause leaking blebs 3 days postoperatively.”

Avoid hypotony
Using a valve-like trabeculectomy with MMC can help avoid hypotony in the early- and late-phase postoperatively when sutures dissolve.

A valve-like incision when possible and/or the scleral flap resistance can be adjusted intraoperatively to set the intraocular pressure at equilibrium flow.

In this technique, Palmberg makes a 3-mm-wide tunnel incision out to 1 mm in the cornea and then uses a Kelly Descemet Membrane Punch 0.75 mm to make a canal in the tunnel.

He checks the pressure at equilibrium flow by filling the anterior chamber with balanced salt solution. At equilibrium, the pressure is approximately 4 to 6 mm Hg, which is estimated by pushing on the cornea with a 30-gauge cannula.

After two 10-0 nylon stitches are placed in the flap and the flow is at equilibrium, the cornea is pressed again, and the pressure is approximately 8 to 12 mm Hg.

This avoids hypotony early and late when the sutures dissolve and avoids the need for an iridectomy.

Additionally, there is less astigmatism because the sutures in the flap are not tight, there is no cost to the procedure, and there is no net visual field loss. 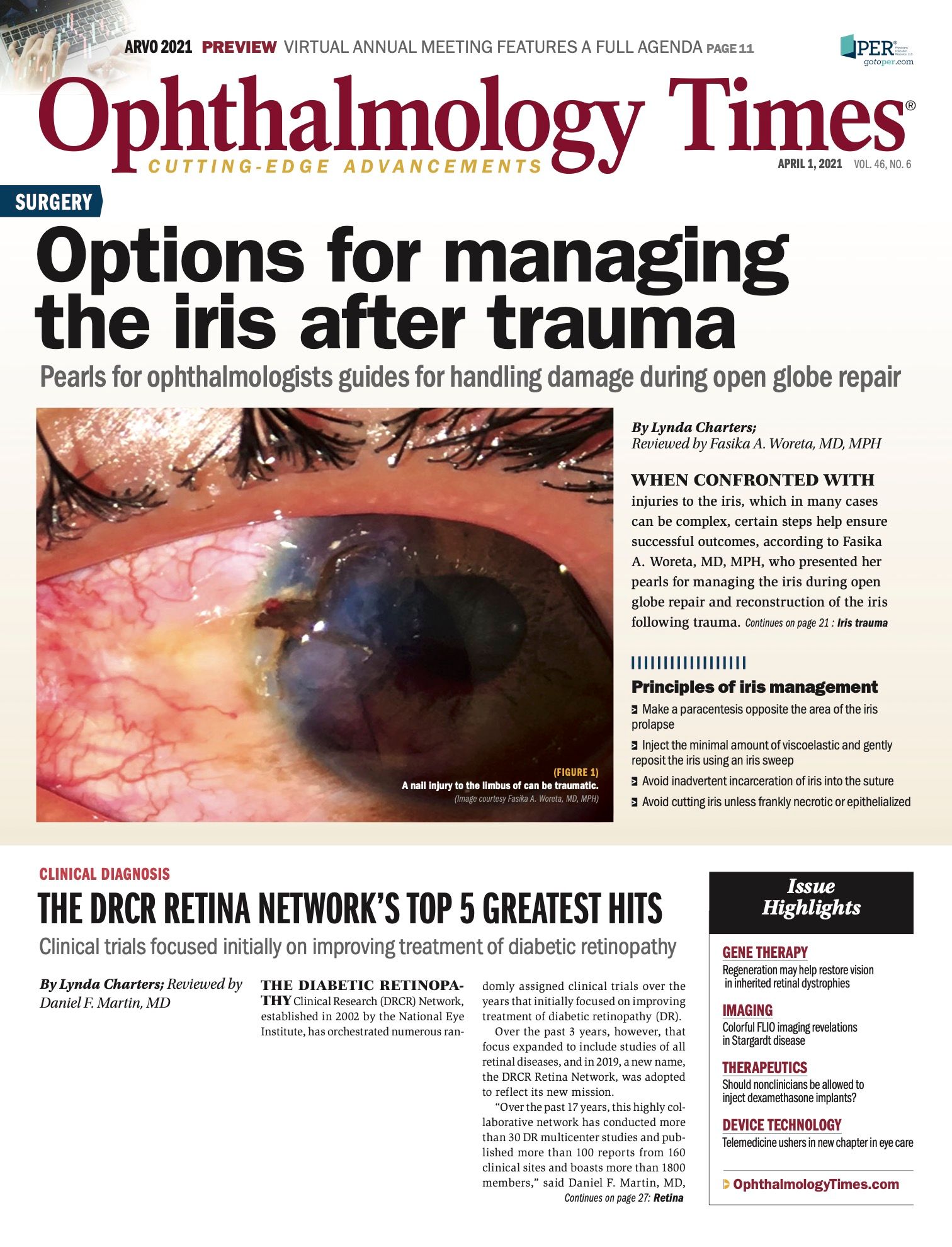