In observance of International Holocaust Remembrance Day this January 27, John H. Merey, MD, may be the only Holocaust survivor still in the practice of ophthalmology.

Watch Dr. Merey's interview: A story of Holocaust survival: As told by one ophthalmologist

Hungary, under its leader, Admiral Nicholas Horthy, had been allied to Germany since the late 1930s. Although the rest of European Jewry had been decimated, we in Hungary were still alive. There were anti-Semitic laws and Jewish men had to serve in labor battalions, but daily lifecontinued, more or less, normally—especially compared to the rest of Europe.

All this changed overnight on March 19, 1944, when German troops occupied Hungary. The next day, Adolf Eichmann arrived in Budapest, and the Holocaust in Hungary began at a frantic pace. In 6½ weeks, 437,000 Jews were deported to Auschwitz, and 90% would never return. The deportations were initiated by the Nazis but were carried out by the Hungarian Gendarmerie.

We in Budapest knew that our turn was coming next. The Zionist movement, a relatively unimportant group in Hungary, had some experience negotiating with the Nazis and felt that the deportations in Slovakia had been halted (though temporarily) due to bribes. Eichmann made an unprecedented offer: The Germans would exchange 1 million Jews for 10,000 trucks to be used only on the Eastern Front. This offer was, of course, rejected by the Allied powers. However, the offer did provide a small path of negotiation that Zionist Rudolf Kasztner stepped into.

Through Kasztner’s negotiations with Eichmann, a group of 1684 Jews from Hungary were allowed to go to a neutral country.

Should we join this group? My uncle, Dr Nisan Kahan, a Zionist, explained to the family, “If we stay in Budapest, we will perish 100%. If we go on this train we will perish only 99%.”[GC6] On the basis of that 1% difference, 14 members of our family, including me and my parents, boarded the train in Budapest on June 30, 1944.

There were immediately some surprises. The train was not a passenger train but was made up of cattle cars. There was a shower procedure in Linz, Austria, where some passengers were not sure whether water or gas would come out. Finally, after 10 days we arrived in a small German town by the name of Bergen-Belsen—a name that meant nothing to us.

We soon discovered we were in a “lager,” a concentration camp. After 6 weeks, a group was allowed to leave for Switzerland. In this group was my entire family, except for me and my parents. At this point my mother, a normally shy person, went up to the commandant in Bergen-Belsen and asked if we could leave with the rest of our family. He screamed at her, “Sind Sie wahnsinnig”—are you crazy to question the German authority.

Finally, on December3, a rumor swept the camp that we would be leaving for Switzerland the following day. It was true. The next day was the day of departure. I was given to an elderly lady who accompanied me on the truck to the station. My parents walked the 3 miles from the camp to the station. When we arrived it was nighttime, dark, and rainy. I couldn’t find my parents and they couldn’t find me. In the end, we found each other, and the train began the 3-day journey from northern Germany to the Swiss border. It was a miracle that the train was not hit by a bomb, as heavy Allied bombing was going on all around us. On December 7we arrived in the Swiss border town of St Margrethen.

Unbeknownst to us, Kasztner had been tirelessly negotiating with the Germans. Till the last minute, the rescue was not secure. The train had been placed on the German side of the border. Kasztner skillfully negotiated for our release even though he had, realistically, nothing to negotiate with. Factors that helped were the declining military fortunes of the Germans and the indirect participation of the American Jewish Joint Distribution Committee and the War Refugee Board.

Looking back, our rescue, the Kasztner group, was the single most successful rescue of the Holocaust under Jewish leadership.

We stayed in Switzerland for a year and half. My uncle was a physician in the Woodside neighborhood of Queens, New York. After he sent us the affidavit confirming that we would not be a burden on the United States, we crossed the Atlantic on a Liberty ship that was carrying war material back from Europe and arrived in Baltimore on April 27, 1946, Our first home was the back office of my uncle’s medical practice.

Arriving in Queens was paradise. I attended PS 89 in Elmhurst and Forest Hills High School. I attended Union College and Columbia University College of Physicians and Surgeons, and I did my ophthalmology residency at Bellevue/NYU Medical Center under the chairmanship of Goodwin Breinin, MD. I married Daisy Breuer Merey, MD, a family physician. We had 2 children and have 3 grandchildren.

I have been in solo private practice in West Palm Beach, Florida, for the past 49 years, and I still enjoy my practice in 3 languages: English, Spanish, and Haitian Creole.

Soon, though, it will be time to retire, and the stories of Holocaust survival will quietly slip into history.

Merey is an ophthalmologist in private practice in West Palm Beach, Florida. 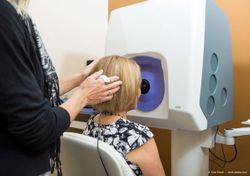 Do you 'need' or just 'want' that new diagnostic imaging device? 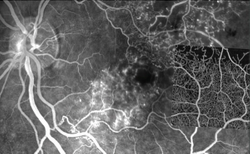