Sergott, director of the Neuro-Ophthalmology Service at Wills Eye Hospital and founding director and CEO of the Annesley EyeBrain Center at Thomas Jefferson University in Philadelphia, Pennsylvania, pointed out the importance of awareness of often subtle signs and symptoms in patients 55 years and older, based on the possibility that treatments for Alzheimer disease may be available in the next several months.

The availability of potential treatments to address early disease may sidetrack its current ability to destroy the brain and retinal and optic nerve function.

With diseases such as Alzheimer disease and Parkinson disease, patients may present first to an ophthalmologist rather than a neurologist because of the associated visual disturbances.

Pearls gleaned from a case
Sergott described a 68-year-old man who presented with progressive field constriction for 2 years and the inability to drive at night for approximately 1½ years. The patient described seeing oncoming lights when driving as starbursts.

Constricted visual fields may be an initial presentation as a possibility of Alzheimer disease.

Sergott explained that visual field constriction implicates a visual field defect in the retina, optic nerve, or occipital lobe; the photophobia in the retina; and night blindness and depth perception to a retinal or cortical issue.

Consideration of the 3 locations suggests that there may be more of a retinal or cortical problem, or both.

“Alzheimer disease affects them all, ie, the retina, optic nerve, and the visual system posterior to the lateral geniculate,” he said.

The patient’s history was positive for prostate cancer and basal and squamous cell cancers, without metastases; hypertension; and hyperlipidemia.

“A rule to live by in neuro-ophthalmology is to determine if the patient’s problem at hand is caused by the cancer recurrence, especially breast cancer, or cancer therapy,” Sergott emphasized.

The patient’s ocular examination was unremarkable with 20/40 vision bilaterally. Interestingly, the patient could see only the test Ishihara plate although he had no history of color blindness.

The acquired loss of color vision could be in the cones, optic nerve, or cortical system.

“This provides a subtle hint of an afferent visual problem. Color vision measures contrast sensitivity,” he said. “Using low-contrast visual acuity [VA], a deficit worse than 20/40 might be identified.”

Multifocal electroretinography (ERG), however, showed an almost isoelectric tracing in the right eye despite 20/40 vision. In the left eye, multifocal ERG abnormalities were present but not as pronounced as the right eye.

Automated perimetry showed an inferior quadrantanopia in the left eye and a more subtle defect in the right eye. This localization pattern is in the right parietal temporal lobe.

“From this testing, we know that this patient has brain disease in the right parietal temporal lobe,” Sergott explained. “The multifocal ERG results indicated the presence of retinal disease. This proved to be an extensive process in the visual system.”

In addition to the constricted visual fields, color vision deficit, and abnormal ERG, the patient’s history showed dissatisfaction with the results of cataract surgery despite 20/40 bilateral VA and a depth perception of only 40 seconds of arc.

“One reason for dissatisfaction postoperatively with a good Snellen VA may be Alzheimer disease,” he said. “The root of the dissatisfaction may be subtle problems with difficulty reading and finding words and mild short-term memory loss.”

Other clues are that the patient never arrived alone at appointments and often did not answer questions directed to them, Sergott added.

However, Sergott cautioned physicians about recognizing patients who present with mildly disrupted memory and functioning, which may point to other findings suggestive of a more global deficit of visual processing.

These may include a progressive decline in visuospatial, visual perception, and literacy skills that appear in patients who are on average 50 to 65 years of age.

Experts disagree about whether posterior cortical atrophy is a pure form of Alzheimer disease or a separate entity. Lewy body dementia and prion disease also may have similar visual symptoms.

Practical guidelines to ophthalmic presentations
Sergott prioritized the various ophthalmologic findings when ophthalmologists are confronted with patients similar to the patient under discussion.

The ophthalmic presentations of Alzheimer disease include the unhappy patient with good VA after cataract surgery and in patients not having had recent cataract surgery, loss of color vision, depth perception, and photoreceptor dysfunction manifesting as glare and night blindness.

Sergott said he believes that the multifocal ERG may be the most sensitive test to identify retinal abnormalities in patients with dementia syndromes.

He also advised physicians to be alert to patients with visual field defects who have trouble with the automated perimetry test, especially with repeated attempts.

Patients may also present with a homonymous hemianopsia a normal MRI scan. This clinical presentation should alert ophthalmologists and neurologists to the possibility of Alzheimer disease.

“When such patients present, Alzheimer disease should be suspected. Hopefully, during 2021 some treatments will become available,” he said. “[As with] most treatments, they will work better the sooner they are instituted before the disease destroys most of the brain and a large segment of the retinal and optic nerve function. Ophthalmologists may be the key to get the diagnostic process moving.”

Robert C. Sergott, MD
e:rcs220@comcast.net
This article is adapted from Sergott’s presentation at the Ohio Ophthalmological Society’s virtual annual meeting in February. He has no financial interest in this subject matter. 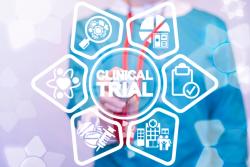 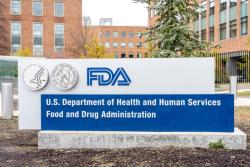