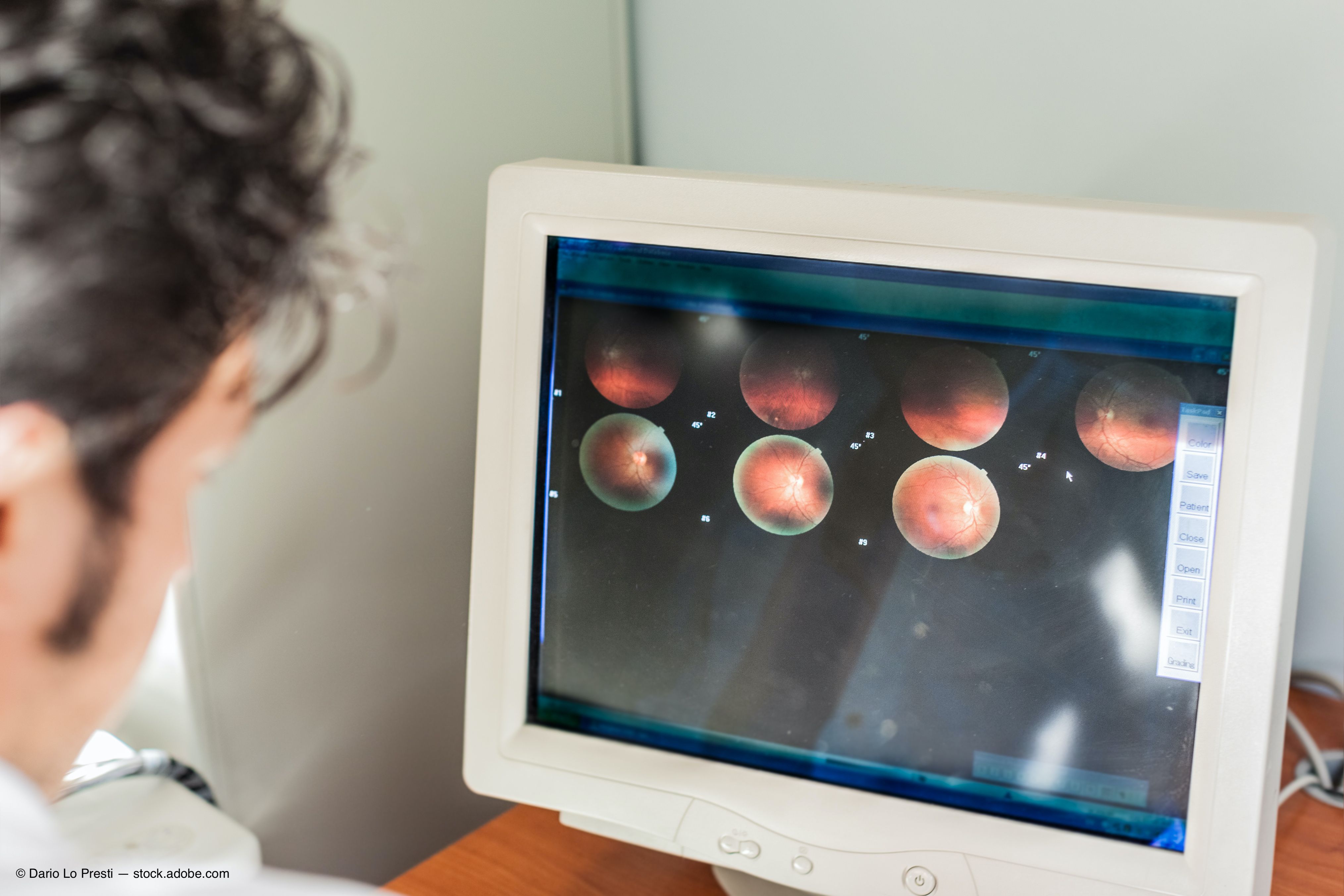 This article was reviewed by Phoebe Lin, MD, PhD

In many cases, a fundus examination will provide all the information a clinician needs to arrive at the correct diagnosis. In other cases, the situation is not that straightforward, and technology above and beyond fluorescein angiography or ophthalmoscopy is needed.

“Fundus autofluorescence [FAF] is particularly useful in the white dot syndromes because of the involvement of the outer retina and the retinal pigment epithelium,” according to Phoebe Lin, MD, PhD, associate professor of ophthalmology at Casey Eye Institute, Oregon Health and Science University, in Portland.

Reduced autofluorescence occurs in patients with white dot syndromes, Lin noted, when there is a decrease in the retinal pigment epithelium (RPE) lipofuscin density, loss of the RPE, and increased melanin content, subretinal fluid, fibrosis and scarring, or media opacities that block emission of the autofluorescence.

In contrast, increased autofluorescence in inflammatory conditions such as in white dot syndromes results from excessive RPE lipofuscin accumulation, fluorophores anterior or posterior to the RPE, macrophages containing lipofuscin, and choroidal vessels that contain and collagen and elastin under the RPE, she explained.

In contrast to that straightforward case, Lin pointed out, a great deal of subtle information can be gleaned from FAF. In the same patient with relentless placoid chorioretinitis, the correlation between the findings of FAF and a B-scan optical coherence tomography (OCT) image can be appreciated.

Poorly delineated and moderately intense hyperautofluorescence was seen corresponding to an area of hyperreflectivity in the outer nuclear layer on the OCT image.

“This may suggest something infiltrative in front of the RPE such as a lipofuscin-containing macrophage that is not as intensely hyperautofluorescent as the lipofuscin in the RPE,” she explained.

Also visible was an area of decreased autofluorescence on the OCT image that corresponded to an area of increased transmission of signal through to the choroid.

“This may indicate an area of RPE cell loss,” she noted.

Another area of decreased autofluorescence corresponded to increased transition on the OCT that may be RPE cell loss.

According to Lin, following the treatment of this particular patient with prednisone, azathioprine, and cyclosporine, an area of intense decreased autofluorescence corresponded to an area of thickened RPE.

“Examination showed that this area was pigmented, indicating increased melanin content that resulted in a reduced autofluorescence signal,” Lin said.

FAF imaging
In an image obtained from a 60-year-old Caucasian woman, Lin demonstrated a classic lesion emanating from the optic disc that was likely serpiginous choroiditis.

In such a case, FAF imaging clearly shows how the lesion spreads, and over time, the moderately intense areas of hyperautofluorescence correspond to the areas that evolve to normal autofluorescence as a result of aggressive treatment.

Related: Coming to terms with 'ultra-widefield' and 'widefield' imaging

“This indicates that areas that are less intense may do well with treatment, in contrast to those with intense hyperautofluorescence that may not be reversible with treatment,” Lin explained.

Defining disease progression
FAF can also shed light on the degree and direction of disease progression. For example, acute zonal occult outer retinopathy may have 2 modes of spread—from the periphery inward and from the optic nerve outward, that can be seen on imaging.

In multifocal choroiditis, more lesions as well as the degree of disease progression over time can be seen on FAF much more easily than can be appreciated using fundus photography or fundus examination.

“We recently published a series of patients in which about 50% had outer retinal lesions that are classic in this pathology, in addition to deep choroidal lesions,” Lin said. “The outer lesions can be followed on FAF.”

The take-home points regarding FAF imaging include that the lesion patterns seen on FAF may provide diagnostic clues.

“In our practice, we order FAF in patients with posterior-involving uveitis early and often,” Lin concluded.