This article was reviewed by Shawn Kavoussi, MD

This novel technology casts a new light on fundus imaging by providing different colorful perspectives of retinal diseases that were not available previously, and all in about 2 minutes.

“This novel technology detects the in vivo autofluorescence lifetimes at the back of the eye,” according to Lydia Sauer, MD, from the Department of Ophthalmology and Visual Sciences at the Moran Eye Center, University of Utah School of Medicine, Salt Lake City, Utah.

Healthy eyes, she explained, exhibit the same characteristic pattern of short FLIO lifetimes in the foveal center and long lifetimes at the optic nerve.

In contrast, eyes with retinal diseases are characterized by numerous different autofluorescence patterns depending on the diseases present.

Type 1 is characterized by only a central lesion, type 2 flecks across the macula, and type 3 large atrophic areas. Imaging technology took a step forward with the advent of FLIO, which also shows these lesions.

However, FLIO also demonstrates both significantly different lifetimes among the 3 phenotypes and that the lifetimes in the foveal center are correlated significantly with the best-corrected visual acuity, Sauer noted.

Sauer and colleagues reported a particularly important finding,1 that is, FLIO demonstrated that the geographic atrophy secondary to AMD has a markedly different appearance from the retinal atrophy associated with Stargardt disease; in contrast, the 2 diseases can appear very similar when using autofluorescence intensity imaging.

The investigators also reported previously that eyes with AMD were characterized by a ring with prolonged lifetimes that are seen as a shift to blue at the fundus; in contrast, that pattern is not seen in eyes with Stargardt disease.

This pattern difference facilitates easy differentiation of the 2 diseases.

“We believe that FLIO imaging can show differences among the many different genetic subtypes,” she said.

Longitudinal analysis
Another area of research interest is evaluation of the details in eyes with ELOVL4-associated STGD3 and PRPH2/RDS-associated macular dystrophy, which are Stargardt-like dystrophies.

“It is very interesting that all eyes with PRPH2/RDS-associated macular dystrophy showed flecks of short FLIO lifetimes,” she noted.

This is noteworthy because the baseline FLIO image showed some flecks of short FLIO lifetimes that were not visible on the baseline autofluorescence intensity image but only appeared 1 year later on a follow-up image.

“At that time, the FLIO lifetimes are prolonged from short to long and the patient we examined reported a new central scotoma where an area of markedly prolonged FLIO lifetimes was seen on the follow-up image,” she said.

Sauer explained that the relevance of this research is that the short FLIO flecks appear before changes seen on other imaging modalities including OCT.

The researchers believe that when the short FLIO lifetimes are seen, they may be reversible because they precede structural retinal changes. However, by the time the changes appear on other imaging modalities, reversing them may be impossible.

These flecks also appear in some patients with Stargardt disease and Sauer noted that they behave the same as in PRPH2/RDS-associated macular dystrophy.

“The most important finding is that short flecks initially identified by FLIO imaging prolong over time and these changes seen on FLIO imaging are visible before appearing on OCT images and other imaging modalities,” Sauer concluded. 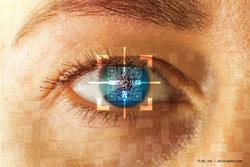 Investigators take optical coherence tomography to the next level