Unraveling role of genetics in the pathogenesis of diabetic retinopathy

Genetic factors play a key role in the onset and progression of diabetic retinopathy.

Diabetic retinopathy (DR) is a major retinal microvascular complication of diabetes and while much is known about DR, the mechanisms underlying its etiology remain a mystery. With this part of the puzzle still unsolved, the treatments that presently are available for DR are inadequate because they cannot reverse of prevent the ocular complications of diabetes.

Investigators from the Medical College of Georgia, Augusta University, led by Ashok Sharma, PhD, of the Center for Biotechnology and Genomic Medicine and the Department of Population Health Sciences, took the next step in the evaluation of 65 genes that had been identified in association with DR.

Dr. Sharma and associates hoped that mapping them to biologic processes and pathways, they could add to the understanding of the functional role of these genes in the pathogenesis of DR, the authors explained. The genetic analysis performed in the current study found that most of these genes belong to various biologic pathways that make a significant contribution to the pathogenesis of DR.These include insulin signaling, angiogenesis (hypoxia-inducible factor-1 signaling, regulation of blood vessel size, vascular endothelial growth factor signaling), inflammation (interleukin-6 signaling, leukocyte adhesion, transforming growth factor-B, and tumor necrosis factor signaling), lipid metabolic process, neurogenesis (neural cell differentiation, neurotrophin signaling), and protein kinase signaling (Jak-STAT, P13K-Akt, MAPK, Ras, and mTOR signaling).

Another important area identified was the genes’ impact on regulation of endothelial cell/leukocyte interaction (cull adhesion molecules, cell migration). The investigators reported their findings in Eye (https://doi.org/10.1038/s41433-019-0337-y). “In this review, we a compiled a comprehensive list of genetic factors associated with DR.

Further analyses revealed the biological functions of these genes in DR pathogenesis,” the investigators said. “The identification of genetic factors and their contribution to DR etiology will allow for tailored pharmacogenomics approaches for the treatment of DR.”

The authors added that DR is a microvascular disease of the retina and the leading cause of visual disability in patients with diabetes.

“Genetic factors have [been] shown to play a pivotal role in DR onset, and several candidate genes have been associated with its progression,” they concluded. “This review presents an insight into genes associated with DR and their role in various biological functions and signaling pathways.” Their hope is that the information reported in this analysis will aid in unraveling the role of genetics in the pathogenesis of DR.

Ashok Sharma, PhD
E: shsharma@augusta.edu
The authors reported no conflicts of interest associated with this report. The research was supported by a grant to Dr. Sharma from the National Institutes of Health/National Eye Institute. 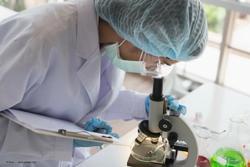