The research from eye care nonprofit Orbis International focuses on diabetic retinopathy in Rwanda, where associated vision complications from diabetes are growing. 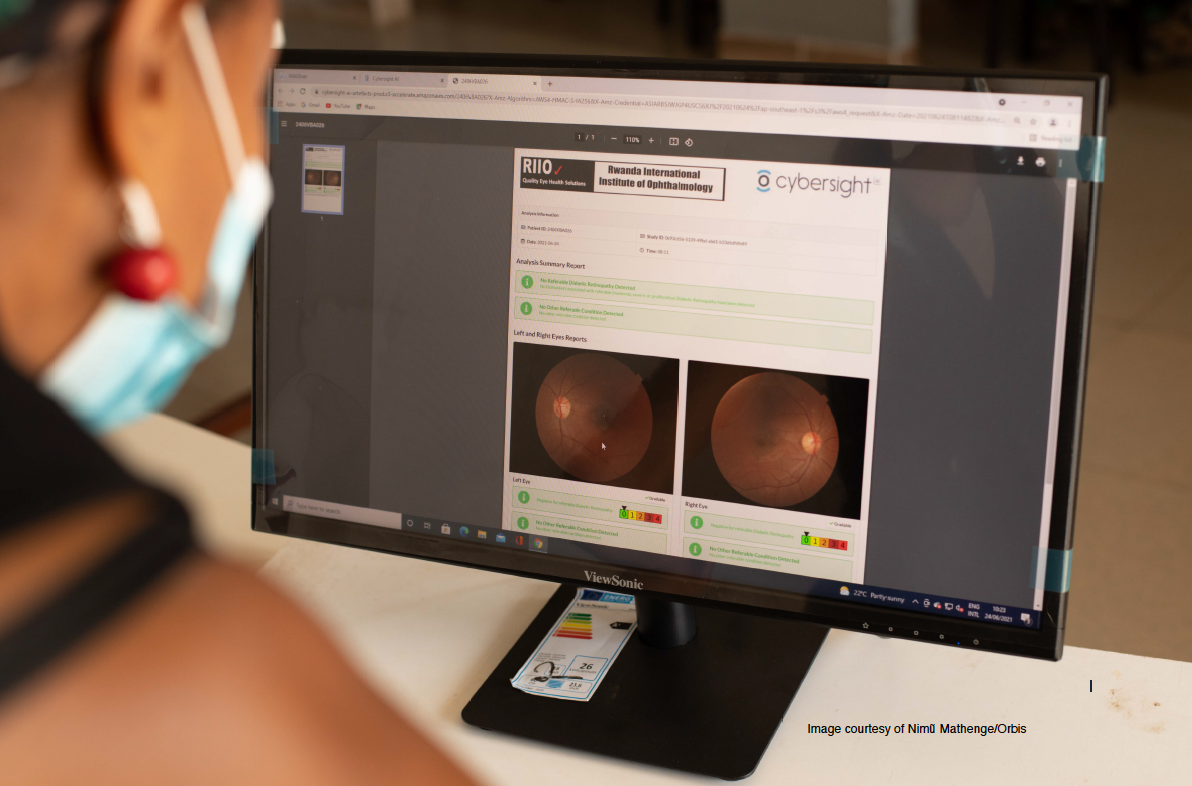 Orbis International has unveiled new research findings demonstrating that diabetic retinopathy screenings supported by artificial intelligence (AI) enhanced patients' speed and uptake of referral services in Rwanda, which can help reduce vision loss due to diabetes in the region.

According to Ciku Mathenge, MD, PhD, medical advisor for Orbis International and the study's principal investigator, the number of people living with diabetes is growing rapidly worldwide, with the largest projected increase in Africa at an estimated 143 percent by 2045.

“Unfortunately, screening programs for diabetes-related vision loss are often difficult to implement effectively in low-resource settings," Mathenge said in a prepared release. "Our research findings prove that integrating cutting-edge technology such as artificial intelligence into diabetic retinopathy screenings is not only feasible, but is also an effective solution for identifying those at risk and improving access to care for those with the disease, even in the most vulnerable communities." 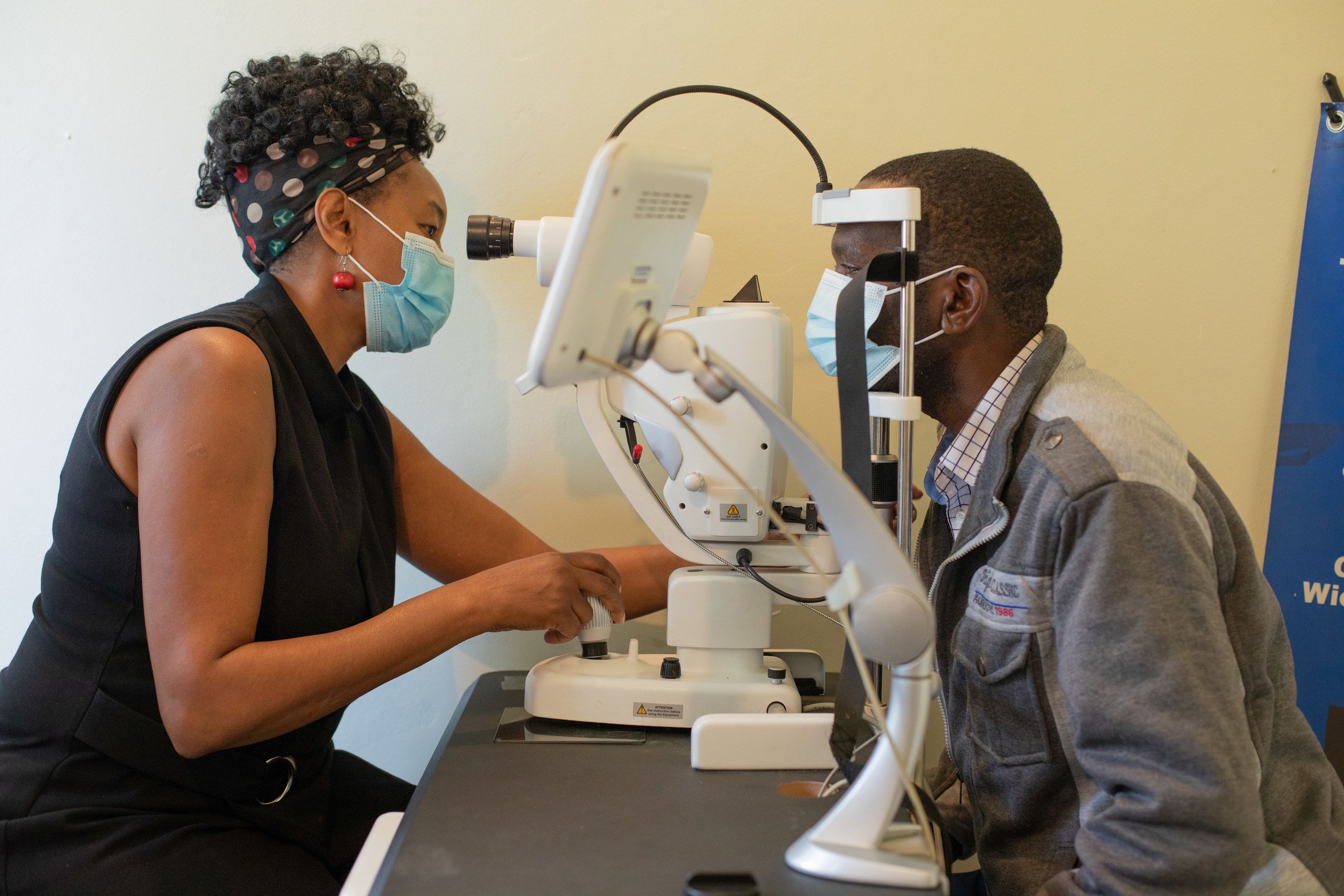 The screenings were conducted in partnership with the Rwandan International Institute of Ophthalmology (RIIO) at four diabetes clinics in and around Kigali, Rwanda, in 2021. Participants, who were recruited during routine visits to the diabetologist, had been diagnosed with type 1 or 2 diabetes and were aged 18 years or older.

The research found that patients who received immediate feedback about their condition based on AI-supported screenings were more likely to go to recommended follow-up appointments than those who received referrals only after a human grading report was completed, a process that can take several days. Potential reasons for this were attributed to a few factors:

The growing burden of diabetes and its associated complications is increasing demands on healthcare systems worldwide. Diabetic retinopathy, a complication of diabetes that affects the eyes, is caused by damage to the blood vessels to the retina at the back of the eye. Poorly controlled blood sugar is a risk factor. If not treated, diabetic retinopathy can lead to a gradual loss of vision or blindness that cannot be reversed. It is estimated that by 2040, 224 million people globally will have some form of diabetic retinopathy, with vision threatened in 70 million of these individuals worldwide.

Early diagnosis and treatment of diabetic retinopathy through screening reduces vision loss by 98 percent. But low-resource countries such as Rwanda often do not have sufficient healthcare infrastructure and trained medical personnel to implement diabetic retinopathy screening programs effectively. Furthermore, many patients who are referred for additional follow-up appointments for diabetic retinopathy often fail to do so due to financial barriers, travel time, lack of clarity in the referral process and uncertainty about the treatability of the disease.

Recent advances in AI present a promising opportunity for scaling efficient and successful diabetic retinopathy programs, particularly in areas where there is a shortage of ophthalmologists as other qualified health care personnel, such as nurses, can also be trained to effectively use the technology. This significantly increases the number of people who can be screened, helps to identify people with diabetes at risk of blindness much faster and reduces unnecessary referrals.

Cybersight, Orbis's award-winning telemedicine platform, gives eye care professionals in areas with the greatest need free virtual access to training and other resources to better help their patients. One of the platform's greatest assets is its artificial intelligence tool, Cybersight AI. Cybersight AI can detect abnormalities often associated with common eye diseases – like glaucoma, diabetic retinopathy and macular disease – in mere seconds by analyzing images of the back of the eye taken during routine examinations. When diseases like these are caught and treated early, patients have the best chance of not losing their sight.

The research was funded in part thanks to Mathenge's receipt of a Roche Collaborative Research Fellowship from the Association for Research and Vision in Ophthalmology (ARVO).

According to the news release, the Fellowship pairs early career researchers from developing countries with collaborating scientists in well-established research laboratories with the aim of strengthening ophthalmic research capacities worldwide.