With regard to the Implantable Contact Lens, STAAR Surgical hopes the success it has enjoyed abroad will bode well for its future domestically.

STAAR Surgical Co. has changed some of its leadership as it struggles to march toward U.S. market approval of its Implantable Contact Lens (ICL).

The company's board of directors has dropped Chief Executive Officer David Bailey's responsibilities as chairman and appointed Don M. Bailey (no relation) as a new director, making him chairman.

At the same time, John Bily, 58, resigned as chief financial officer, and he was replaced on an interim basis by Deborah Andrews, 48, the company's global controller. The company also hired Charles S. Kaufman, 50, as its first general counsel.

Don Bailey is the non-executive chairman of the board of Comarco Inc., a provider of products, services, and expertise to the wireless industry. The company is based in Irvine, CA, with sales and support in Switzerland, Singapore, and Mexico. He joined Comarco in 1980 and became chief executive officer a decade later.

Bily's resignation "to pursue other business interests" moves Andrews into the new title of "vice president, principal accounting officer" while the company searches for a new chief financial officer.

The addition of Kaufman, a former member of the corporate practice group of the law firm Sheppard Mullin Richter & Hampton, to the senior management team will help to consolidate governance, compliance, and legal activities, the company said. Kaufman served as outside counsel to STAAR Surgical for 2 years.

While the company's international sales of its Visian ICL have been encouraging-sales abroad increased 30% over the first quarter of 2004 and 19% over the most recent period-STAAR Surgical has struggled to please FDA site inspectors to win approval to sell the lens in the United States.

In two warning letters and a report during 2004, the FDA criticized STAAR Surgical for "deviations" from regulatory requirements and other problems with production, quality-system requirements, complaint handling, medical device reporting, design controls, and more.

In April 2004, STAAR Surgical promised to revamp its training after the FDA rebuked the company for allowing two devices to be mailed to a clinical investigator before the clinical trial was approved, among other criticisms. STAAR Surgical said it had invested significantly in improving systems related to the FDA findings; a progress report from the FDA was anticipated this spring.

The delays have forced the company to wait to launch its ICL. It had hoped to bring the lens to market in 2003 after it became the first phakic IOL to receive approval from the FDA's Ophthalmic Devices Panel.

In its annual report, STAAR Surgical acknowledged that its domestic IOL sales are "challenging," with sales of the silicone and Collamer IOLs down 11.7% during the first quarter compared with the same period last year. Many surgeons are shifting away from silicone toward acrylic, and although the company believes its Collamer IOLs will be competitive with acrylic lenses, their sales have not offset the losses in the silicone variety.

Adding to its financial woes is a class-action lawsuit filed last fall in the U.S. District Court for the District of New Mexico, alleging that the company failed to disclose defects in its lenses and processes that hurt stock prices, which fell nearly 18% the day the FDA posted its first warning letter. The lawsuit is pending. 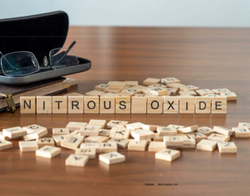