In addition, the second eye surgery may result in just as much benefit as the first operation in terms of impact on socioemotional quality of life aspects, according to the results of a multicenter retrospective study presented by Dr. Shekhawat, resident physician at St. Joseph Mercy Health System, Ann Arbor, MI.

Outcomes analyses compared the postoperative NEI-VFQ scores after the first eye and second eye surgeries and the change from pre- to postop between the two procedures. Both data from traditional scoring of the NEI-VFQ (12 subscales and composite score) and using outcomes from psychometrically valid subscales (visual function and socioemotional quality of life) were analyzed.

Dr. Shekhawat noted that the study’s findings contradict results of some prior studies while supporting surgeon’s anecdotal impressions that for the right patient, second eye surgery can be immensely beneficial.

“Evidence regarding the benefits of second eye surgery is still mixed to this day, and authors of a recent systematic review of 10 studies concluded there was only moderate evidence that self-reported visual functioning improves after second eye surgery and mixed and not definitive evidence of improvement in health-related quality of life,” Dr. Shekhawat said. “We believe this is a measurement challenge and not a surgical outcomes challenge.

“The challenge remains to capture the benefits of second eye surgery using a validated instrument and high-quality research,” he continued. 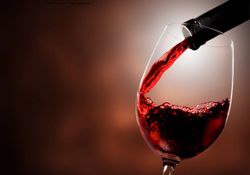