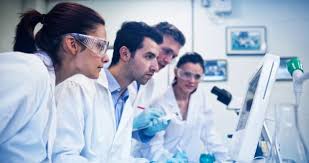 In August, Outlook Therapeutics announced the topline readout of pivotal data from its NORSE TWO trial, which included 11 months of safety data.

The topline data previously reported from NORSE TWO demonstrated clinically relevant and highly statistically significant results as well as a robust safety profile indicating that in the trial ONS-5010 was well tolerated and showed no unanticipated safety signals.

According to C. Russell Trenary III, president and CEO of Outlook Therapeutics, the full 12-month safety data results move us one step closer to providing patients with an FDA-approved, cGMP-produced drug product that meets ophthalmic FDA standards and avoids the potential risks of repackaged IV bevacizumab.

“Our goal is to offer patients, in the United States and globally, a safe and effective, approved ophthalmic bevacizumab,” he said in a statement. “ONS-5010 is specifically formulated to meet requirements to treat retinal diseases like wet AMD. We continue to work towards submitting a Biologics License Application for ONS-5010 to the U.S. Food and Drug Administration for ONS-5010 in the first calendar quarter of 2022.”

The NORSE TWO pivotal Phase 3 clinical trial enrolled a total of 228 subjects with wet AMD across 39 clinical trial sites in the United States. Participants in the trial were followed for 12 months. The primary endpoint for the study was the proportion of patients who gained at least 15 letters in the best corrected visual acuity (BCVA) at 11 months.

The trial compared ONS-5010 dosed monthly to LUCENTIS, which was dosed using one of the regimens listed in the LUCENTIS® label (i.e., patients were treated monthly for the first three months followed by less frequent dosing; the PIER regimen). The key secondary endpoint for NORSE TWO was the mean change in the BCVA through 11 months.

“The success of NORSE TWO continues to solidify the potential of ONS-5010 ophthalmic bevacizumab as a highly effective and safe treatment in treating wet AMD,” Terry Dagnon, chief operating officer of Outlook Therapeutics, said in a statement. “We are excited that the highly statistically significant and clinically relevant results from NORSE TWO demonstrate the potential clinical value of ONS-5010 for patients and will work closely with the FDA and other global authorities to bring this new option to patients, clinicians and payors as quickly as possible.”

Topline data from NORSE TWO showed that bevacizumab-vikg met the primary and key secondary endpoints for efficacy with clinically impactful change observed for treated patients. The NORSE TWO primary endpoint difference in proportion of subjects gaining at least 15 letters BCVA was met and was highly statistically significant and clinically relevant.

Following exposure to bevacizumab-vikg, there was only one subject who reported an adverse event of ocular inflammation in all three trials. In NORSE TWO, there was only a single related ocular serious adverse event reported in the bevacizumab-vikg trial arm, which resolved, and no unanticipated safety signals were detected. The most common ocular adverse event was intravitreal injection-related hemorrhage in the tissues on the surface of the eye (conjunctival hemorrhage) that resolved without any sequela. The ONS-5010 safety database, now with 12 months of NORSE TWO data, continues to be consistent with previously published results for bevacizumab, such as in the 2011 CATT clinical trial.

Clinical trial program
Outlook Therapeutics’ wet AMD ONS-5010 clinical program for the planned BLA consists of three clinical trials: NORSE ONE, a proof-of-concept clinical experience trial in wet AMD patients; NORSE TWO, the pivotal Phase 3 wet AMD trial; and NORSE THREE, a supplemental safety study in patients with wet AMD and other retina diseases undertaken to ensure that a sufficient number of patients have been dosed with ONS-5010 to support the BLA submission. Results from NORSE ONE and NORSE THREE demonstrated positive proof-of-concept and a safety profile consistent with that of prior published research on bevacizumab for ophthalmic use. NORSE TWO provided pivotal data that demonstrated positive and highly statistically significant and clinically relevant efficacy and safety data for treatment of patients with wet AMD.

With the registration clinical trials now completed, Outlook Therapeutics plans to submit a BLA under the Public Health Service Act (PHSA) 351(a) regulatory pathway in the first quarter of calendar 2022. If the BLA is approved, it is expected to result in 12 years of marketing exclusivity for ONS-5010 as the first and only ophthalmic formulation of bevacizumab approved by the FDA to treat wet AMD.

Full data from NORSE TWO will be presented at the American Academy of Ophthalmology’s Retina Subspecialty Meeting, RET13 - Section X: Late Breaking Developments, Part II on November 13, 2021, at 9:17 AM ET. The NORSE TWO data will also be submitted for publication in a peer-reviewed journal.

Per the National Eye Institute (NEI), use of unapproved repackaged IV bevacizumab from compounding pharmacies is estimated to account for approximately 50% of all wet AMD prescriptions in the United States each year. Globally, the nine major markets account for an estimated $13.1 billion market for anti-VEGF drugs to treat retina diseases.

Outlook Therapeutics is also developing registration documents on a parallel path for approvals in Europe and expects to submit them shortly after completing the submission to the FDA. Outlook Therapeutics continues to explore potential strategic commercialization partners, such as Syntone Biopharma JV in China.

Outlook Therapeutics expects to initiate registration clinical trials for ONS-5010 for DME and BRVO later in 2021 or in early 2022.