MyMD Pharmaceuticals Inc. announced recently that it has entered into a material transfer agreement with Bascom Palmer Eye Institute of Miami, Florida to collaborate on a pre-clinical study using MYMD-1 as a potential treatment for traumatic optic neuropathy.

MyMD Pharmaceuticals Inc. announced recently that it has entered into a material transfer agreement (MTA) with Bascom Palmer Eye Institute of Miami, Florida to collaborate on a pre-clinical study using MYMD-1 as a potential treatment for traumatic optic neuropathy (TON).

According to the news release, the project is fully funded by Bascom Palmer Eye Institute.

TON is a condition caused by injury to the optic nerve, resulting in partial or complete vision loss. Visual impairment is usually caused by blunt force trauma to the head. The reported incidence of TON ranges from 1.5% to 4% following head trauma1, and each year an estimated 2.8 million Americans sustain a traumatic brain injury2.

“We are excited about this agreement with our country’s top eye institute to test our lead drug candidate MYMD-1 in ophthalmology,” Chris Chapman, MD, president, director and chief medical officer of MyMD, said in a news release. “Bascom Palmer is virtually unmatched as a world leader in vision research and care and their interest in MYMD-1 validates our belief in the potential of the drug for autoimmune and inflammatory conditions.”

“Through this partnership with MYMD, we look forward to investigating the potential utility of an oral TNF-alpha inhibitor in animal models of eye-related diseases,” David Tse, M.D., FACS, professor of Ophthalmology and the Dr. Nasser Ibrahim Al-Rashid Chair in Ophthalmology at Bascom Palmer Eye Institute, said in a news release.

Chapman added in the news release that after the initial pre-clinical study, the potential exists to collaborate with Bascom Palmer on large patient studies in the future.

“This collaboration reiterates MyMD’s dedication to partnering with top-tier academic institutions to study MYMD-1 as a treatment for various high-impact conditions and diseases,” Chapman said.

Originally developed for autoimmune diseases, MYMD-1 is being studied to slow the aging process, prevent sarcopenia and frailty, and extend healthy lifespan. Because it can cross the blood-brain barrier and gain access to the central nervous system (CNS), MYMD-1 is also positioned to be a possible treatment for brain-related disorders. Its mechanism of action and efficacy in diseases including multiple sclerosis (MS) and thyroiditis have been studied through collaborations with several academic institutions.

MYMD-1 has shown effectiveness in pre-clinical and clinical studies in regulating the immune system by performing as a selective inhibitor of tumor necrosis factor-alpha (TNF-α), a driver of chronic inflammation. Unlike other therapies, MYMD-1 has been shown in these studies to selectively block TNF-α when it becomes overactivated in autoimmune diseases and cytokine storms, but not block it from doing its normal job of being a first responder to any routine type of moderate infection. MYMD-1’s ease of oral dosing is another differentiator compared to currently available TNF-α blockers, all of which require delivery by injection or infusion.

No approved TNF inhibitor has ever been dosed orally. In addition, the drug is not immunosuppressive and has not been shown to cause the serious side effects common with traditional therapies that treat inflammation. 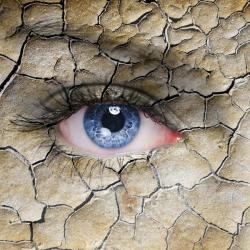