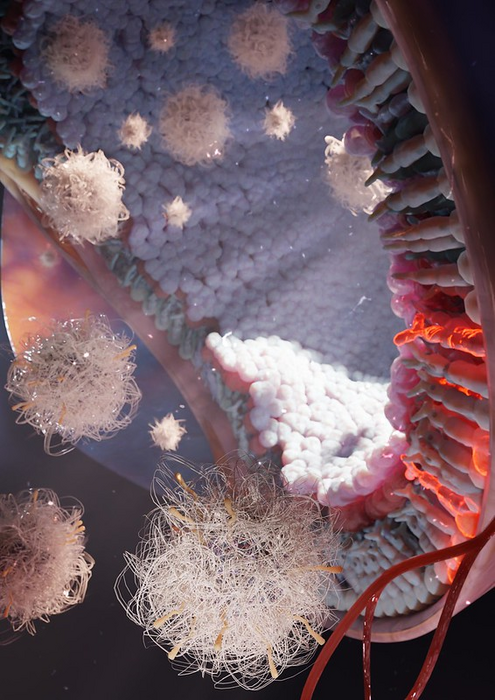 A team of investigators at the Oregon State University College of Pharmacy have demonstrated in animal models the possibility of using lipid nanoparticles and messenger RNA, the technology underpinning COVID-19 vaccines, to treat blindness associated with a rare genetic condition.

According to an Oregon State University news release, researchers developed nanoparticles able to penetrate the neural retina and deliver mRNA to the photoreceptor cells whose proper function makes vision possible.

The university noted that the scientists overcame what had been the main limitation of using lipid nanoparticles, or LNPs, to carry genetic material for the purpose of vision therapy – getting them to reach the back of the eye, where the retina is.

Lipids are fatty acids and similar organic compounds including many natural oils and waxes. Nanoparticles are tiny pieces of material ranging in size from one- to 100-billionths of a meter. Messenger RNA delivers instructions to cells for making a particular protein.

With the coronavirus vaccines, the mRNA carried by the LNPs instructs cells to make a harmless piece of the virus’ spike protein, which triggers an immune response from the body. As a therapy for vision impairment resulting from inherited retinal degeneration, or IRD, the mRNA would instruct photoreceptor cells – faulty because of a genetic mutation – to manufacture the proteins needed for sight.

IRD encompasses a group of disorders of varying severity and prevalence that affect one out of every few thousand people worldwide.

According to the university news release, the scientists showed, in research involving mice and non-human primates, that LNPs equipped with peptides were able to pass through barriers in the eye and reach the neural retina – where light is turned into electric signals that the brain converts to images.

“We identified a novel set of peptides that can reach the back of the eye,” Sahay said in the release. “We used these peptides to act as zip codes to deliver nanoparticles carrying genetic materials to the intended address within the eye.”

"The peptides that we have discovered can be used as targeting ligands directly conjugated to silencing RNAs, small molecules for therapeutics or as imaging probes,” Herrera-Barrera added.

Sahay and Ryals have received a $3.2 million grant from the National Eye Institute to continue studying lipid nanoparticles’ promise in the treatment of hereditary blindness. They will lead research into using LNPs to deliver a gene editing tool that could delete bad genes in the photoreceptor cells and replace them with correctly functioning genes.

The research aims to develop solutions for the limitations associated with the current primary means of delivery for gene editing: a type of virus known as adeno-associated virus, or AAV.

“AAV has limited packaging capacity compared to LNPs and it can prompt an immune system response,” Sahay said. “It also doesn’t do fantastically well in continuing to express the enzymes the editing tool uses as molecular scissors to make cuts in the DNA to be edited. We’re hoping to use what we’ve learned so far about LNPs to develop an improved gene editor delivery system.”

The peptide-guided LNP study was funded by the National Institutes of Health. Also participating in the research for Oregon State were College of Pharmacy faculty Oleh Taratula and Conroy Sun, postdoctoral researchers Milan Gautam and Mohit Gupta, doctoral students Antony Jozic and Madeleine Landry, research assistant Chris Acosta and undergraduate Nick Jacomino, a bioengineering student in the College of Engineering who graduated in 2020.