According to researcher, the treatment offers improved retinal sensitivity, visual function, and mobility.

AAV5-RPGR gene therapy demonstrated an adverse events profile that was anticipated and manageable. Most events were associated with the surgery to deliver the vector and resolved without intervention.

The gene therapy botaretigene sparoparvovec (formerly AAV5-RPGR; MeiraGTx Holdings plc and Janssen Pharmaceuticals, Inc) for the treatment of a common and severe form of retinitis pigmentosa (RP), RPGR-associated X-linked RP, demonstrated improvements in retinal sensitivity and visual function compared with controls and had a manageable adverse event profile, according to Michel Michaelides, MD, from the University of College London Institute of Ophthalmology and Moorfields Eye Hospital in London, United Kingdom.

In a multicenter phase 1/2 safety study conducted in the US and UK, Michaelides and colleagues conducted a dose-escalation trial of AAV5-RPGR that included low, intermediate, and high doses of the gene therapy administered to 3, 4, and 3 adults, respectively. An intermediate dose was also administered to 3 children.

The study design also included an expansion phase once the dosing was confirmed; the expansion cohort included low- and intermediate-dose arms with 8 and 11 patients, respectively, and a concurrent control arm in which a low or intermediate dose was deferred for 6 months in 13 patients, Michaelides said.

All patients in the study were boys 5 years and older and had RP resulting from a disease-causing variant in RPGR. In addition, optical coherence tomography showed relative preservation of central retinal structure.

Michaelides reported that AAV5-RPGR gene therapy demonstrated an adverse events profile that was anticipated and manageable. Most events were associated with the surgery to deliver the vector and resolved without intervention.

During the dose-escalation phase, 1 retinal detachment developed and resolved with treatment, as well as 1 case of panuveitis associated with the low dose. In the dose-expansion phase, the intraocular pressure increased in 1 patient and resolved with treatment. When an additional steroid regimen was used during the expansion phase, the adverse events related to inflammation decreased, Michaelides explained.

Pooling of the data from the low- and intermediate-dose groups showed an improvement in the mean retinal sensitivity in adults at 6 months compared with the untreated controls. The treatment showed a 2-decibel improvement seen with static perimetry compared with controls and 1 decibel by microperimetry, Michaelides noted. A sensitivity analysis based on phase 3 criteria resulted in exclusion of 2 patients each from the treatment and control groups. Once they were excluded, a greater significance (P < .001) difference was evident.

A pointwise responder analysis of the static perimetry of the pooled data from the adults treated with low and intermediate doses showed improvement with both doses compared with untreated controls. Michaelides defined a responder as a patient with at least a 7-decibel improvement compared with baseline at 5 or more loci, with the same 5 loci showing improvement at 2 evaluations after treatment.

The sensitivity analysis using phase 3 criteria applied to the pooled data showed 24% and 48%, respectively, at the same time points. In the control group the responder rate was 0%.

Patients were exposed to a mobility maze 9 months after treatment to determine how the visual improvements might contribute to their ability to negotiate in a real-world setting.

“This is a dramatic representation of the impact this gene therapy can have,” Michaelides said.

When considering all treated patients, the investigators observed significant reductions in walk time at week 26 compared with baseline and compared with untreated controls. When phase 3 criteria were applied, the results were significant at lux levels of 1, 2, and 16.

“We found a good safety profile and have seen improvements in retinal sensitivity and functional vision compared [with] the control group at 6 months,” Michaelides concluded. “Importantly, all domains in the low-luminance questionnaire trended positively, with the extreme lighting domain nominally significant. Considering these strong findings, a phase 3 study is underway.”

Michaelides is a consultant to and owns equity in MeiraGTx Holdings plc. 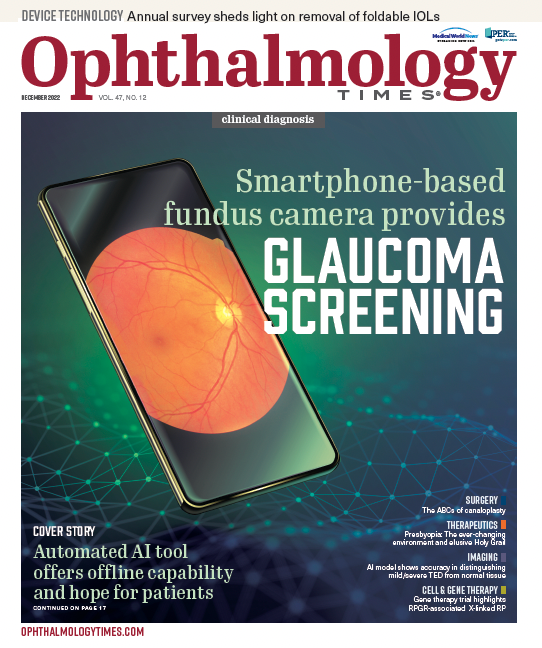