Analysis of data from a cohort of patients who underwent enucleation indicated that preoperative ptosis occurs commonly and more often in patients with reactive blepharospasm or enophthalmos.

The function of the levator muscle declines with increasing age and is correlated with greater anterior projection of the implant and prosthesis after enucleation,1 reported Philip Custer, MD, FACS, from the John F. Hardesty, MD, Department of Ophthalmology and Visual Sciences, Washington University School of Medicine, St. Louis.

Custer and colleagues reported these findings based on an observational study to determine the incidence of anophthalmic ptosis, identify clinical factors associated with its development, and evaluate the effects of enucleation on the eyelid mechanics.

Measurements and photographs were obtained from 139 patients who underwent enucleation between 2007 and 2016.

Patient demographics, preoperative and postoperative eyelid measurements, and exophthalmometry were used to assess the incidence of ptosis and effects of surgery on eyelid function.

The findings showed that preoperative ptosis developed frequently in this patient cohort and was present significantly more often in patients with enophthalmos or reactive blepharospasm (p < 0.0001).

Surgical repair of ptosis was performed in 7% of patients. Contralateral levator function declined with age and was correlated positively with exophthalmometry (p < 0.0001).

Anophthalmic levator function was greater with increased anterior projection of the implant and prosthesis (p < 0.0001 for both comparisons).

Patients with larger implants had improved levator function with and without a prosthesis (p = 0.0065 and p = 0.0007, respectively).

Superior sulcus deepening was associated with decreased levator activity but not with margin-reflex distance, Custer reported.

The investigators underscored the importance of patient counseling about the similar likelihood (40%) of preoperative ptosis improving and new ptosis developing after enucleation.

The primary factor the surgeon can modify to improve postoperative eyelid function is maximizing the implant size, which is associated with greater levator activity. 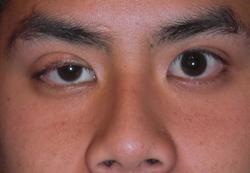 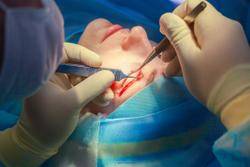 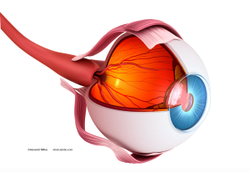