Investigators looked at trends by geographic variation in practice patterns, perceptions toward opioids, and patient population 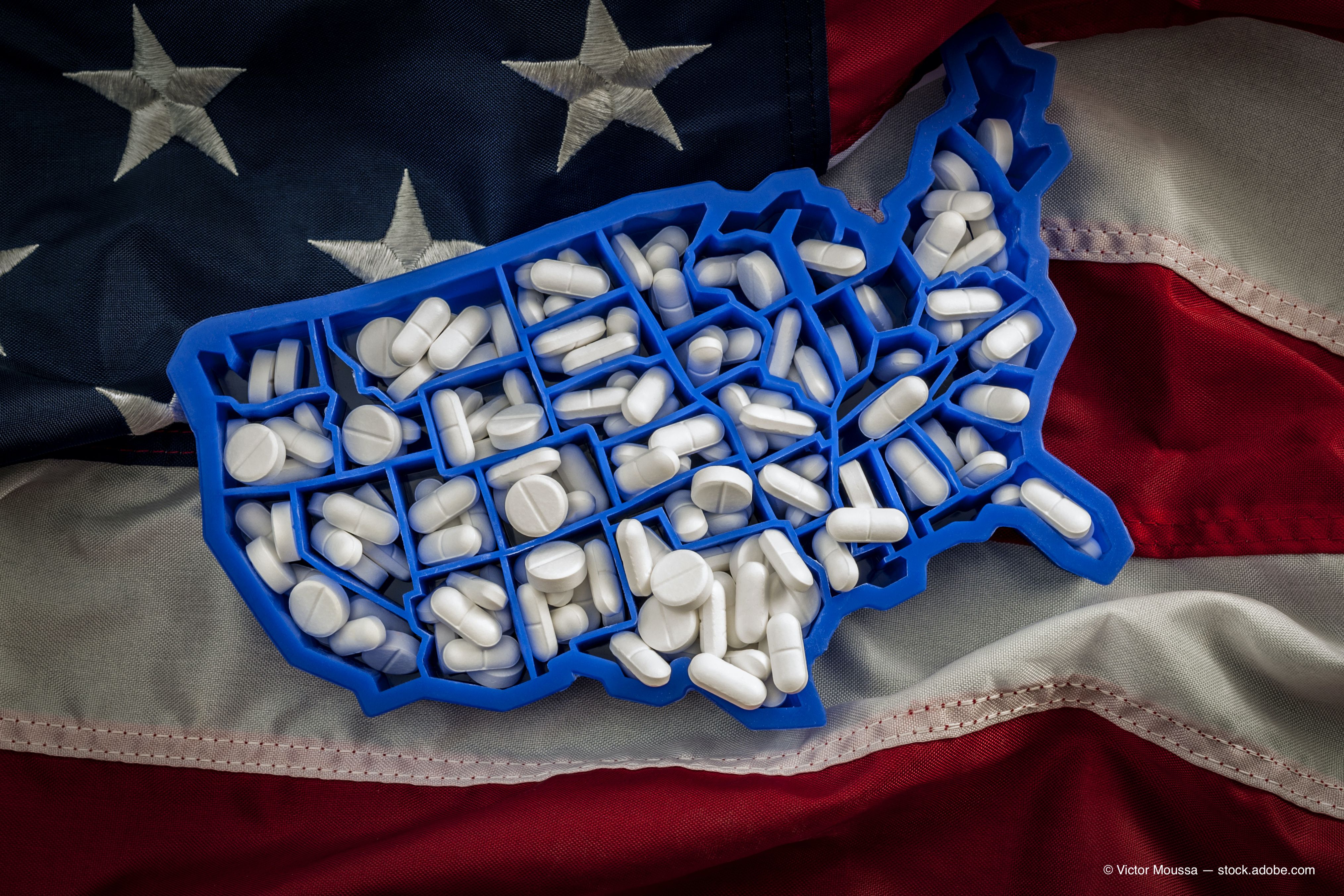 This article was reviewed by Yoshihiro Yonekawa, MD

With the nation’s opioid epidemic still a serious public health issue, Yoshihiro Yonekawa, MD, wanted to know to how retina specialists could contribute to a potential solution.

His observational, retrospective, cohort study of 1815 retina specialists in the 2019 ASRS directory found that male ASRS members were more likely to prescribe opioids, as were members who practice in southern US states.

However, the study results also showed that, as a whole, ASRS members prescribe opioids at a lower rate than the national mean of all prescribers (3.0% vs 6.8%, respectively).

In 2018, opioids were involved in 70% of all drug overdose deaths in the United States.1 Of these, 32% were from prescriptions.2

Although the overall opioid prescribing rate in the United States has been declining since 2012, the number of opioids prescribed per person is currently 3 times higher than it was in 1999.3

“We wanted to know: Are retina surgeons contributing to the opioid addiction and overdose crisis through their prescribing patterns?” said Yonekawa, an adult and pediatric retina specialist at Wills Eye Hospital in Philadelphia, Pennsylvania. “And, if so, how are retina specialists trending over time?”

Jonathan Prenner, MD, clinical professor and chairman, Department of Ophthalmology, at Rutgers Robert Wood Johnson Medical School in New Jersey, noted during the discussion that retinal specialists “feel a little isolated from the opioid epidemic, given the closed ecosystem that we live in.”

“As we all painfully know, the world is experiencing the coronavirus pandemic, and the smaller epidemics within it may be getting worse because of the viral public health crisis,” Yonekawa said. “The opioid epidemic was already a national issue, and the current pandemic may be making things worse. Postprocedural opioid prescription does play a role in this.”

Study design and results
Using the 2013-2016 Medicare Part D prescriber database, Yonekawa and his colleagues evaluated the opioid prescription patterns of 1815 ASRS members by dividing the US Census regions into 4 sections—Northeast, Midwest, South, and West. They then mapped the geographic variation in prescribing patterns.

Finally, they performed a regression analysis to identify risk factors associated with a higher number of opioid prescriptions.

In the overall prescription patterns identified, 87% were men and 13% were women, although this does not necessarily represent the percentages of opioid prescribers, Yonekawa said. The majority of practices were located in the South (37%).

The total number of opioid prescriptions written by ASRS members did trend downward overtime, with an 18% decrease between 2013 and 2016. The highest number of prescriptions were written in Wisconsin, Tennessee, Texas, Oklahoma, Louisiana, Idaho, and South Dakota.

“Physicians in the South were more likely to prescribe more opioids, and this is a trend seen in other fields also,” Yonekawa said. “We’re not sure why, but it might be different practice patterns, perceptions toward opioids, and patient population.”

Although the researchers found that ASRS members wrote fewer opioid prescriptions than the national mean, they recommend retina specialists reconsider their prescribing habits given the high risk of addiction.

Related: Effect of Omidira on pain and opioid usage during cataract surgery​

Prenner said the percentage of ASRS members who prescribed opioids “was higher than I would have expected.” He also asked, “What factors did you find meaningful in terms of influencing prescribing patterns?”

First, Yonekawa said, is that database is composed of Medicare recipients, “so younger patients are not fully accounted for, which means the actual numbers are likely much higher.” Southern-based retina physicians prescribe more opioids, but that is not unique as other specialties have similar breakdowns, he said.

“We’re not sure why that is,” Yonekawa said, but it may have to do with geographic practice patterns overall. In his practice, Yonekawa has stopped the use of opioids altogether.

For scleral buckling, which tends to be more uncomfortable than vitrectomy procedures, “we do a sub-Tenon’s block at the start or end of the case. Otherwise, we use over-the-counter medication, if necessary, Tylenol if it’s not contraindicated, and we tell patients to cycle it with nonsteroidal anti-inflammatory drugs as needed.”

Moreover, patients already on chronic pain medications, he said, usually are in close contact with their pain specialists.

“We communicate with the pain specialist and have them prescribe what they think is best so that they can monitor them closely, because we’re not pain experts,” Yonekawa said.

Yoshihiro Yonekawa, MD
p: 617/573-3202
Yonekawa has no financial disclosures related to this content. 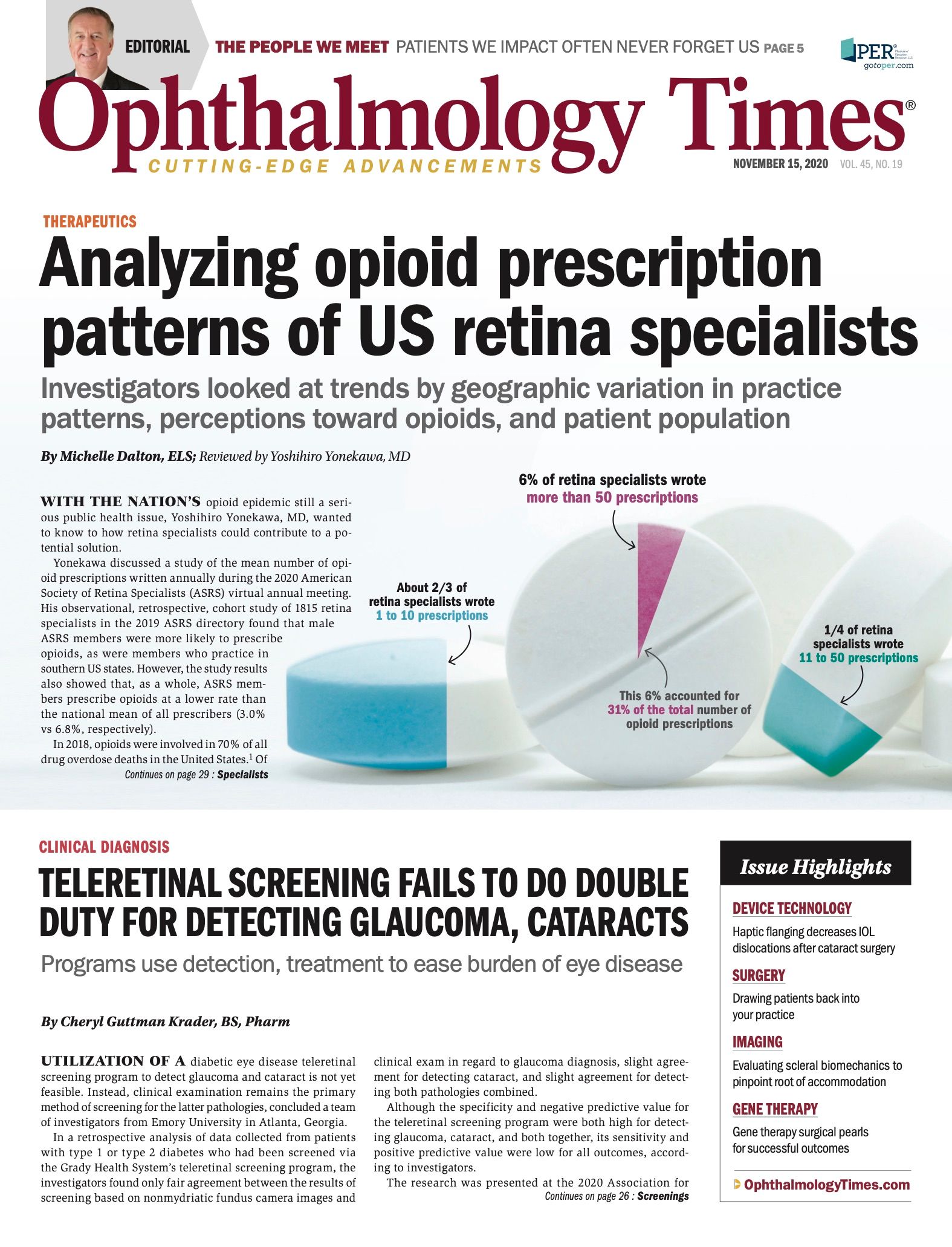