The screening of diabetics for retinopathy has recently become reimbursable in the US, the company noted in its news release, and the approval comes after positive Phase 3 clinical trial earlier this year.

AEYE Health announced today it has received FDA clearance to market its screening system to detect damage to the retina of the eyes in diabetics.

Screening diabetics for retinopathy has recently become reimbursable in the US, the company noted in its news release, and the approval comes after positive Phase 3 clinical trial earlier this year.

The company noted in a news release that its technology uses a special desktop camera to take images from each eye and through artificial intelligence it captures and analyses data of the retina that helps diagnose diseases, including diabetes, that could lead to blindness.

The condition is best diagnosed with a comprehensive eye exam. While more than 90% of vision loss caused by this disease can be avoided with early detection and treatment, the vast majority of people with diabetes in the US find themselves unable to obtain annual eye exams.

According to the news release, the technology’s accuracy, combined with the need to obtain only a single image per eye and the rare need to dilate, makes AEYE’s solution an option for primary care.

Furthermore, the company is advancing a follow-on program for the screening of glaucomatous optic neuropathy where the company recently announced high diagnostic potential with sensitivity of 92.2% and specificity of 92.6% and expects to initiate FDA pivotal trials soon.

“This is a huge step in revolutionizing diagnostic screening for diabetic retinopathy,” Zack Dvey-Aharon, PhD, CEO of AEYE Health, said in a statement. “AEYE is still working to obtain clearance for the first and only diagnostic screening solution with a portable camera. We cannot be more excited to lead the innovation in this space with the goal of saving millions of people from losing their vision.”

The AEYE-DS is indicated for use with images obtained by Topcon NW-400, a leading desktop retinal camera. The company is continuing its work to receive clearance for the first diagnostic screening solution for a portable camera following its pivotal study data announced earlier this year. 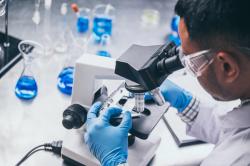