Bradley Smith, MD, presents at AAO 2020 on how fingolimod 0.5 mg, a first-line treatment for multiple sclerosis, may reduce both the number of relapses and disease progression in patients with relapsing-remitting MS as well as the incidence of uveitis. 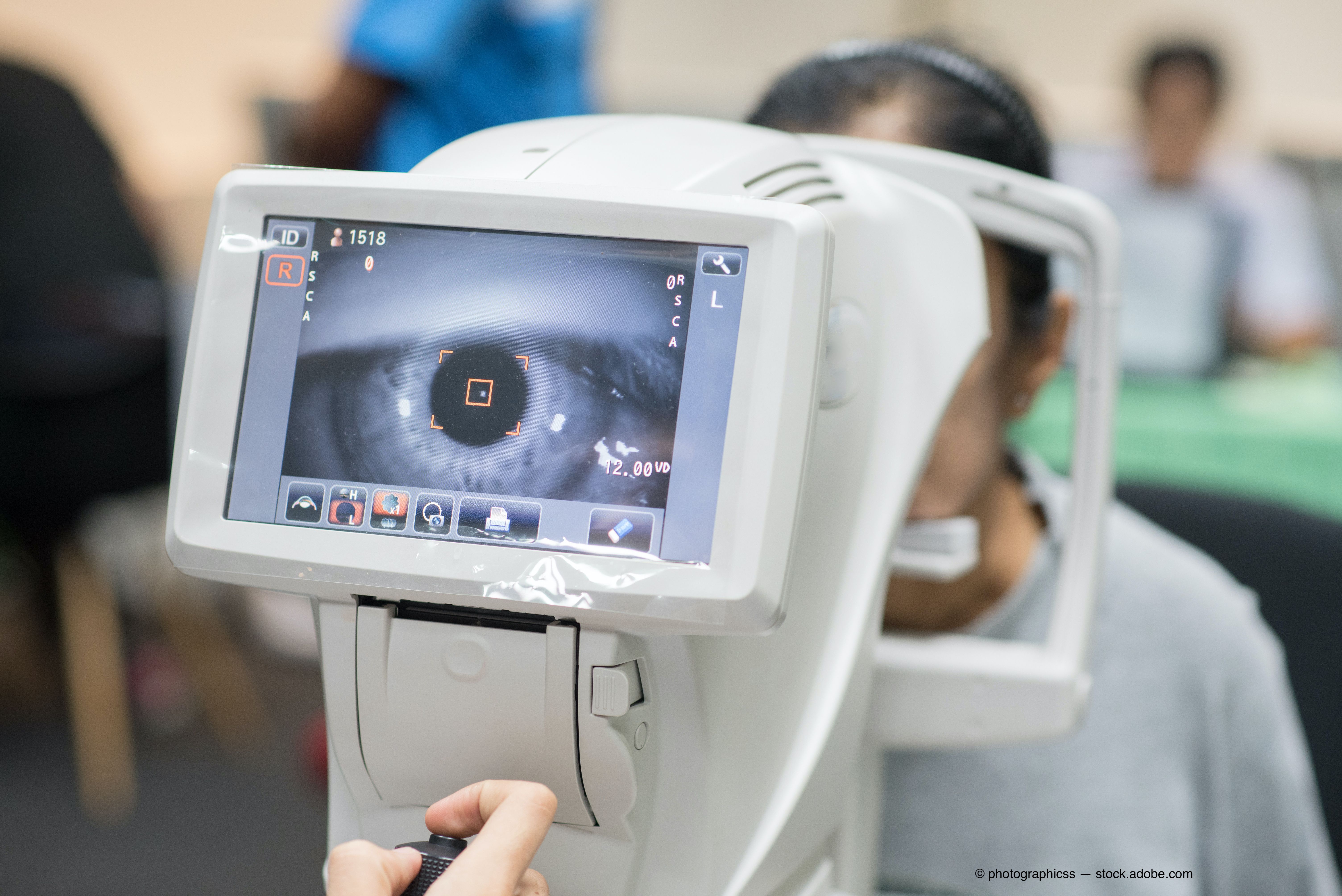 The first-line treatment for multiple sclerosis (MS), fingolimod 0.5 mg (Gilenya, Novartis), reduces both the number of relapses and disease progression in patients with relapsing-remitting MS and may reduce the incidence of uveitis, which is higher in this patient population compared with the general population.

However, the downside is that the drug can cause fingolimod-associated macular edema (FAME), and patients require close observation.

The drug works by blocking movement of central memory T-cells from the lymph nodes to the blood stream and has been shown to have a favorable effect on murine models of experimental autoimmune uveitis, according to Bradley Smith, MD, and Scott Sonne, who discussed the topic during a presentation at the American Academy of Ophthalmology’s virtual 2020 annual meeting.

The investigators conducted a retrospective analysis1 to determine the incidence of uveitis and macular edema in patients with MS who were treated with fingolimod 0.5 mg. The study patients were identified in the electronic health record at The Retina Institute.

Study results
A total of 188 patients were included in the study; they had been followed for from 1 to 104 months (mean, 60.9) after treatment with fingolimod.

The authors reported that no patient had or developed uveitis. Acute macular neuroretinopathy developed in 1 patient. Twenty-six (13.83%) patients had a history of optic neuritis and 7 (3.7%) had a recurrence during the study. Fingolimod was discontinued in 3 patients after 57, 43, and 13 months for nonophthalmic reasons.

FAME developed in 3 (1.6%) patients, none of whom had intraocular inflammation or another identifiable cause of the ME.

It is recognized that uveitis occurs more frequently in patients with MS and develops in from 3.6 to 9 years on average. By contrast, uveitis did not develop in this patient cohort after a mean follow-up exceeding 5 years.

According to the investigators, fingolimod was well tolerated.

“Our retrospective review suggests possible efficacy against the development of uveitis in an at-risk population that is consistent with fingolimod’s anti-inflammatory effect in animal models,” they said.

However, the investigators concluded that more work will need to be done to confirm or deny this possibility.

“Although there was a higher incidence of FAME, all patients were treated successfully with topical therapy,” they said.