About 10.1 million people could lose employer-based insurance coverage this year as a result of the Covid-19 pandemic, according to a report released by the Robert Wood Johnson Foundation.

In a report released this month, the Robert Wood Johnson Foundation found that about 10.1 million people could lose employer-based insurance coverage this year as a result of the Covid-19 pandemic.

The report, which was prepared by researchers at the Urban Institute, estimated that 48 million non-elderly people will be part of a household where someone loses their job due to Covid-19. Of these, only about 21% will lose their insurance as a result.

A portion of them would have already had insurance coverage through another family member’s job (34%), through Medicaid (27%), or might have already been uninsured (10%), leaving roughly 21% that would lose their coverage as a result of the pandemic.

The study wasn’t all doom and gloom though, as projections show that an estimated 3.3 million of those will regain their employer-sponsored insurance by being added to another family member’s policy. Another 2.8 million people will expected to enroll in Medicaid and 600,000 are expected to enroll in the individual market, mainly through the Affordable Care Act’s marketplace.

But still, 3.5 million are expected to remain uninsured.

The study uses a statistical model informed by Department of U.S. Department of Labor data on job losses to make its projections.

“The findings imply the COVID-19 recession is disproportionately affecting workers paid low wages, many of whom did not have employer-sponsored coverage even when they were working. Higher percentages of people losing their employer insurance will become uninsured in states that did not expand eligibility,” the study’s authors concluded. 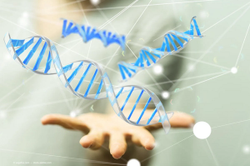 Genetics plays role in the loss of smell, taste during COVID-19 infection

The intersection of ROCM and COVID-19 in patients with diabetes