Doctors have clearly discovered the lure of pre-tax savings, and are making the most of opportunities to sock away as much as they can.

However, the value of the typical doctor's plan has stagnated since the last survey, at roughly $150,000-although some older doctors have at least $500,000, many younger doctors have much less.

Why the apparent contradiction? Presumably the market's slump, which started in 2000 and continued through 2002, whittled down many doctors' nest eggs and they are trying valiantly to replenish the nest.

The most popular plan

Still, it looks like doctors are not optimizing their pension savings. For 2004, the federally mandated maximum contribution to a profit-sharing plan was $41,000, including the $13,000 allowable 401(k) deferral. Doctors age 50 and over could defer an additional $3,000. To reach these limits, physicians with eligible employees would need to contribute for eligible staff.

Despite that advantage, only 8% of physicians with retirement plans had defined-benefit plans last year. That's the same number as in 2000. These plans typically have high costs and complicated formulas and regulations that make them difficult to administer, reasons that may explain why they are unpopular. 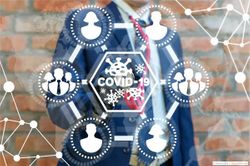 What we've learned from the commonalities of financial aspirations, fears