Numerous drug delivery systems have been developed for age-related macular degeneration (AMD), diabetic macular edema (DME), and uveitis, and many have made their way into phase 2 and phase 3 trials.

The approaches developed in these local sustained-delivery systems include intravitreal injections in which a depot forms and emits drugs over time, intraocular sustained delivery implants, and gene therapy, according to Glenn J. Jaffe, MD, an ophthalmologist and retina specialist at Duke Eye Center in Durham, North Carolina. He also is a professor of ophthalmology at Duke University in Durham.

AMD and DME sustained-release therapies
KSI-301 (Kodiak Sciences), an intravitreal anti–vascular endothelial growth factor biopolymer conjugate that releases the drug from a depot, is being tested in the DAZZLE study (NCT04049266) to treat neovascular AMD by providing individualized dosing from 3 to 5 months.

The platform was compared with aflibercept (Eylea, Regeneron Pharmaceuticals), administered intravitreal every 8 weeks. The study recently completed enrollment of the phase 2b/3 pivotal trial for wet AMD. The platform also will be tested in a phase 2 study to treat DME.

This pegylated poly(lactic-co-glycolic acid) depot has been evaluated in the phase 2b ALTISSIMO trial (NCT03953079) for treating AMD.

Two dosing regimens (1 or 2 mg of GB-102) that are administered every 6 months were originally compared with aflibercept. The drug was reformulated to 1 mg.

It is also being evaluated in the phase 3 Pagoda trial for DME. The results of Archway showed that the PDS met its primary end point of equivalency to ranibizumab.

ADVM-022 (Adverum Biotechnologies) is a gene therapy with an engineered adeno-associated vector (AAV.7m8). The therapy includes an aflibercept coding sequence.

“The FDA has given a fast track designation to this agent that is designed to be a 1-injection treatment,” Jaffe said.

ADVM-022 is presently being evaluated in the INFINITY phase 2 trial (NCT04418427) for treating DME, and the early results have been favorable, he reported. Another phase 2 trial is planned for AMD.

Uveitis sustained-release drugs
Sirolimus (DE-109, Santen Pharmaceutical Co), a macrolide antibiotic, is administered as an intravitreal injection for treating noninfectious uveitis of the posterior segment. Injecting the drug forms a depot that releases the agent over about a 60-day period. Sirolimus blocks T- and B-cell activation and inhibits antigen-presenting cells.

However, the study end point was not met in SAKURA-2 (NCT03014635). When the studies were combined for FDA review, the administration required a third trial, and the LUMINA study (NCT03711929) is underway.

The fluocinolone acetonide implant (FAi) long-acting delivery system, which is intended to treat noninfectious intermediate, posterior, and panuveitis, is injectable, according to Jaffe, whose laboratory is spearheading this research.

This 3-mm-long polyamide tube has a core of fluocinolone acetonide. The system is injected using a modified 25-gauge injector, and the drug is released over a 3-year period.

Jaffe explained that injecting the implant is similar to inserting small-gauge cannulas for vitrectomies. To do so, he marks the eye 4 mm posterior to the limbus, retracts the conjunctiva, and injects at a slight angle to engage the conjunctiva.

However, the injection is actually administered perpendicular to the globe and straight into the vitreous cavity.

The FAi delivery system was evaluated at Duke University in an individual investigator study.

“The very positive data led to the phase 3 study1 to test the efficacy and safety of 1 FAi to treat intermediate, posterior, and panuveitis,” Jaffe said. “The results showed a greatly prolonged time to recurrence, that is, about 1000 days in the implanted group compared to 95 days for the sham group. This represented a 10-fold reduction in the time to recurrence in the implanted group.”

The data also showed that the mean intraocular pressures were similar between the 2 groups. The system (Yutiq, EyePoint Pharmaceuticals) was approved in October 2018 to treat the 3 forms of uveitis.

Suprachoroidal delivery of drugs is another possibility. CLS-TA (Clearside Biomedical), a formulation of triamcinolone acetonide, is intended to treat uveitic macular edema and was evaluated in the phase 3 PEACHTREE trial (NCT02595398).

The formulation met the primary end point, with participants gaining 15 or more lines of vision compared with the control (47% vs 15.6%, respectively).

The mean change in the best-corrected visual acuity favored the implant and was 11 letters greater at the 24-week evaluation. The improved vision was accompanied by a significant decrease of about 135 µm in the central subfield thickness compared with the control, according to Jaffe.

Gene therapies are also being developed to address uveitis. Eyevensys has designed a novel nonviral gene therapy with an electroporation approach, an antitumor necrosis factor plasmid, which is delivered locally to the ciliary body. Investigators are evaluating the technology in a phase 2 trial.

Conclusion
“There is a robust pipeline of neovascular AMD, DME, and uveitis sustained-delivery drugs and novel drugs and delivery systems,” Jaffe concluded. “Clinical trial readouts from several new studies are expected within the next few months. The future appears bright.” 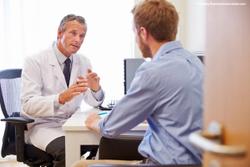 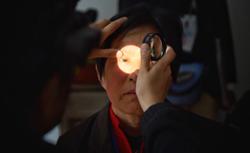 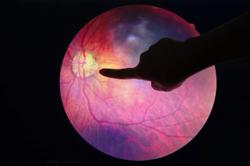