Innovations for enucleation: Where can we go from here? 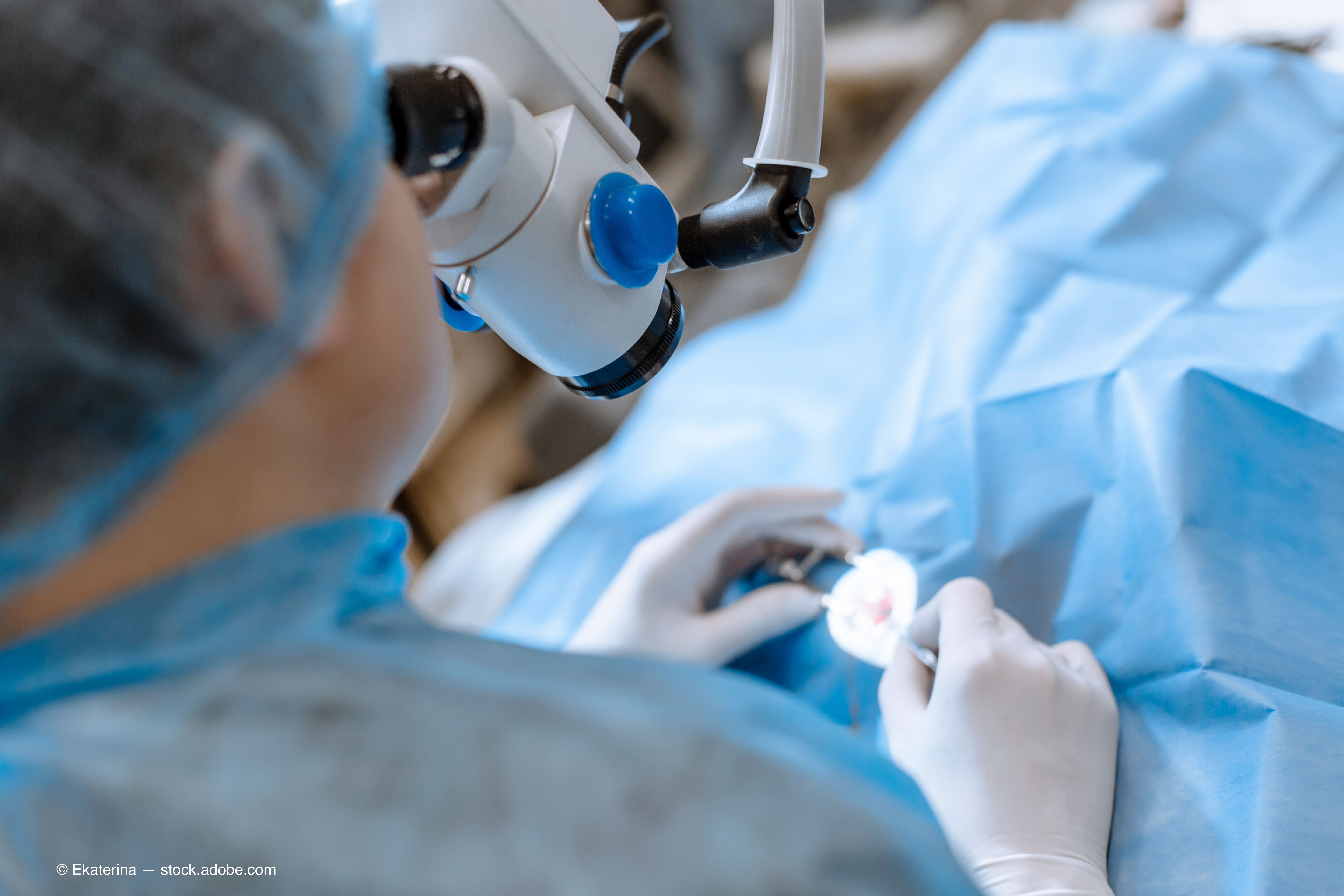 Improving the aftermath of enucleation is the future for this patient population.

This article was reviewed by Jeremiah P. Tao, MD, FACS

Ocular enucleation is inevitable for some patients; but for others, new therapies might spare the eye. If it must happen, there are ways to ease that road for patients.

Orbital volume, stability of the implant, and natural-appearing movement of the prosthesis are specific surgeon goals. Digital screens and artificial intelligence (AI) may be the future in optimizing eye prosthetics.

Jeremiah P. Tao, MD, described current and future technologies to assist patients who have undergone enucleation. He is professor of ophthalmology and director of oculofacial plastic and orbital Surgery at the University of California, Irvine.

Avoiding enucleation
Enucleation may not inevitable for some. Some eyes that previously would have had to be removed are being spared as the result of brachytherapy, chemotherapy, laser, and cryotherapy,

“Not only are the eyes being spared, but in some cases these eyes even maintain good vision. These treatments are revolutionary,” Dr. Tao said.

One revolution involves the targeted and immune therapies for invasive cancers, he pointed out.

“We can now target the cell receptors and molecular mechanisms at the nanoscopic level,” he said, describing the case of a patient with a massive periocular squamous cell carcinoma that responded amazingly well to pembrolizumab (Keytruda, Merck & Co.).

While the globe in that case was beyond salvage, enucleation might be avoided in other cases, such as those involving invasive squamous cell carcinoma. This patient had a tumor of the lower eyelid that repeatedly recurred and over time invaded the orbit.

“As recently as 18 months ago, we would have had to offer an exenteration procedure to eradicate the tumor. These procedures can be devastating to the patient’s physical appearance,” Dr. Tao explained.

However, now, cemiplimab (Libtayo, Sanofi and Regeneron), approved in 2018, resulted in tumor reduction with, in this case, four treatment cycles.

Orbital implants and surgical devices
A primary goal after enucleation is restoring adequate orbital volume, Dr. Tao said. A large prosthesis can compensate for inadequate volume in the orbit but often can be too heavy, not fit appropriately, and sit too low.

Numerous configurations of orbital implants have been used, but those that mimic the natural globe may be best. A spherical prosthesis likely is the best choice.

However, there is debate whether the devices should be smooth-acrylic, silicone, or polymethylmethacrylate (PMMA), or porous-hydroxyapatite, porous polyethylene, Dr. Tao explained.

Porous implants are purported to integrate more fully with the surrounding tissue and provide better motility.

“This may not be entirely true. One scenario in which it is true is with a peg that couples orbital physiology with the prosthesis, thus aiding motility,” Dr. Tao said.

Pegs, however, are associated with complications and require a great deal of maintenance even in the best-case scenario. Infection occurs in most cases.

Generally, porous implants may be more prone to exposure, inflammation, and infection. Lastly, the motility may not be better, and they are much more expensive than nonporous counterparts, Dr. Tao noted.

In contrast, the smooth spheres, which Dr. Tao prefers, are well tolerated and there is less inflammation or scarring; however, migration specific to some implantation techniques can occur.

The enucleation procedure has remained relatively unchanged over the decades. Preservation of the orbit is key during the enucleation process, and harvesting and tagging the extraocular muscles must be done carefully to maintain the anatomy.

“The extraocular muscles should be replaced to their anatomic positions to maintain the physiology,” he said.

While not a recent innovation, he recommends using a snare to sever the optic nerve and last attachments of the eye without bleeding. The snare commonly eliminates the need for aggressive cautery or other coagulation strategies, Dr. Tao reported.

When implanting a silicone sphere, he prefers to wrap it with sclera harvested from the enucleated eye. After inserting the wrapped sphere into the orbit, rectus muscles are sewn back into their natural positions.

“The wrap prevents migration of the silicone implant and also decreases exposure by serving as another tissue layer between the implant and the environment,” he explained.

Other options for covering the implant are autologous fascia lata, temporalis fascia, or ear cartilage, but these require a second surgical site. Donor grafts of the same tissues or sclera are options but pose some rejection and disease transmission risks. Synthetic materials such as Gore Tex generally do not integrate well.

Innovation: motility
“In the current best-case scenario, some eye movement is achieved with intact rectus muscles under a prosthetic shell, but in the majority, the apparent motility is incompletely satisfactory – the Holy Grail is more full and natural eye movements” he said.

Digital production of prosthetic movement is the latest technology being explored for patients who have undergone enucleation. This involves eye-tracking software that is connected wirelessly to a high-definition miniature screen prosthesis that possibly offers improvements.

This idea is doable albeit complicated and in its infancy.

“We have to ‘read’ the well eye somehow and simultaneously generate the image,” Dr. Tao said and described how in 2015 he and his colleagues constructed a crude prototype with a camera affixed to eyeglass frames.

A microchip contact lens could also be used to send a signal to control eye movement. When the movement of the well eye is read, a simultaneous dynamic image of a contralateral eye appeared on a computer screen.

The following year, the investigators built a wearable system for less than $100 with hardware purchased on Amazon. These included a microcamera, a processor was about the size of a credit card and a micro digital display about the size of a watch face.

The shortcoming of these first attempts was that the system captures only very slow eye movement and requires controlled conditions and lighting. Dr. Tao also pointed out that there are problems with glare and interference by eyelashes, among others.

Artificial intelligence (AI) may ultimately play a role in this system. Using AI with its multiple inputs, they then developed a second-generation system that permits much faster and more accurate eye tracking.

Related: Artificial intelligence in medicine: The good, the bad, and the scary

Dr. Tao noted that researchers have the technology to do this, but funding is lacking.

“There may not be a large enough market to attract major investments for this project,” he said. “I implore ophthalmologists and ocularists to provide ideas that might make this audacious idea a reality. The dream is to give better eye motility to patients who are bothered by poor prostheses movement.”

Dr. Tao added that innovation is iteration that begins with ideas.

“Removing the eye is now not necessary in some conditions,” he concluded. “Enucleation techniques have not changed greatly, but they require restoring the anatomy using the best techniques possible. Ophthalmologists should be mindful of the history of implant shapes and materials and which have failed. New bioengineered tissue grafts and wraps have become available that may eliminate some shortcomings with other materials. Digital and AI may be the next frontiers to improve motility.”