The future of conjunctival melanoma research is gaining a better understanding of the biomarkers of the disease.

This article was reviewed by Uday Devgan, MD

Not much is known about conjunctival melanoma aside from the fact that it is rare and develops in about 0.5 persons/million among Caucasian patients. The etiology is unknown, but it occurs in individuals with lighter complexions. The importance of exposure to sunlight also remains unknown.

What is known is that it recurs in from 5% to 26% of cases, spreads with regional lymph node metastasis in from 15% to 40% of cases and systemic metastasis in from 9% to 25%, and it kills, with 10-year mortality rates ranging from 9% to 30%, according to Sara E. Lally, MD, who spoke at the 2019 meeting of the American Academy of Ophthalmology.

Studies of conjunctival melanoma have implicated a number of mutations, including the BRAF, NRAS, NF1, and TERT mutations, she noted, but questioned why researchers are concerned with them.

“Previously, when patients developed metastatic diseases, they underwent chemotherapy that wiped out the entire system. Now, directed targeted therapies and even drugs that can retrain the immune system are being developed,” said Dr. Lally, ophthalmologist with the Ocular Oncology Service at Wills Eye Hospital, and assistant professor at Thomas Jefferson University, Philadelphia.

However, despite these advances, she went on, the genomic landscape of conjunctival melanoma remains obscure, and she pointed out the need for more extensive molecular genetic testing for actionable mutations.

In a study conducted to shed more light on the mysteries surrounding conjunctival melanoma, she and her colleagues analyzed 84 paraffin-embedded samples of conjunctival melanoma for molecular testing from 2007 to 2018 for next-generation sequencing and 73 samples had sufficient tumor cellularity for testing. The BRAF, NRAS, and c-KIT genes were analyzed initially because these were known cutaneous melanoma markers, and later 592 genes were evaluated.

Study results
The average patient age was 61 years; 54% of patients were men. The vast majority (89%), as expected, were Caucasian followed by Asian and Hispanic (5%), and African-American (1%).

The melanoma occurred in all ocular quadrants, with 58% temporally, 44% superiorly, 42% nasally, and 37% inferiorly. When looking anteriorly to posteriorly, the lesions most often were at the limbus in 68% and on the bulbar conjunctiva in 63%; they were less often in the tarsus (20%) and the orbit (7%).

The highest frequency mutations found were NF1 (38%), ATRX (31%), BRAF (26%), and NRAS (25%). All of these percentages were similar to the findings of previous studies, except for ATRX (alpha thalassemia/retardation x-linked), which had not been reported previously, but is associated with central nervous system tumors and involved in telomere maintenance, she commented.

A wide variety of NF1 mutations were found, and all differed from mutations that had been reported previously. ATRX had 14 mutations in 14 specimens with nonsense, frame shift, and missense mutations seen; all of the mutations differed in the tumor specimens.

No c->t ultraviolet signature mutations were identified among the specimens.

An interesting finding, according to Dr. Lally, was that four patients had choroidal melanoma markers, bap 1, gnaq, gna11, and sf3b1. Of these patients, one patient with bap1, ATRX, and NRAS was lost to follow-up; a second patient with bap1 and gnaq11 had metastasis at 8 months and died 2 years later; a third patient with gnaq had a small mass at the limbus and did well with no recurrence until 9 years later when she presented with a nasal lacrimal duct mass; the last patient had sf3b1 and NRAS, which is seen in cutaneous melanoma with more aggressive disease, and 8 months later the cancer metastasized to the liver, which differed from the regional lymph node involvement expected in conjunctival melanoma.

“We recommend that all specimens be sent for testing and that ophthalmologists work closely with medical oncologists. Based on some mutations found, we are treating patients prophylactically,” she said.

Sally E. Lally, MDE: carolshields@gmail.com
Dr. Lally Has no financial interest in any aspect of this report. 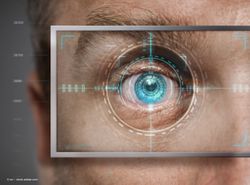 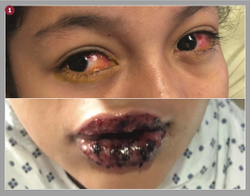 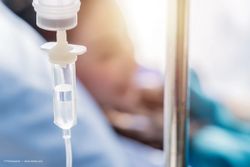