The ophthalmic community is mourning the loss of Alan S. Crandall, MD, a fixture at the John A. Moran Eye Center at the University of Utah for nearly four decades. 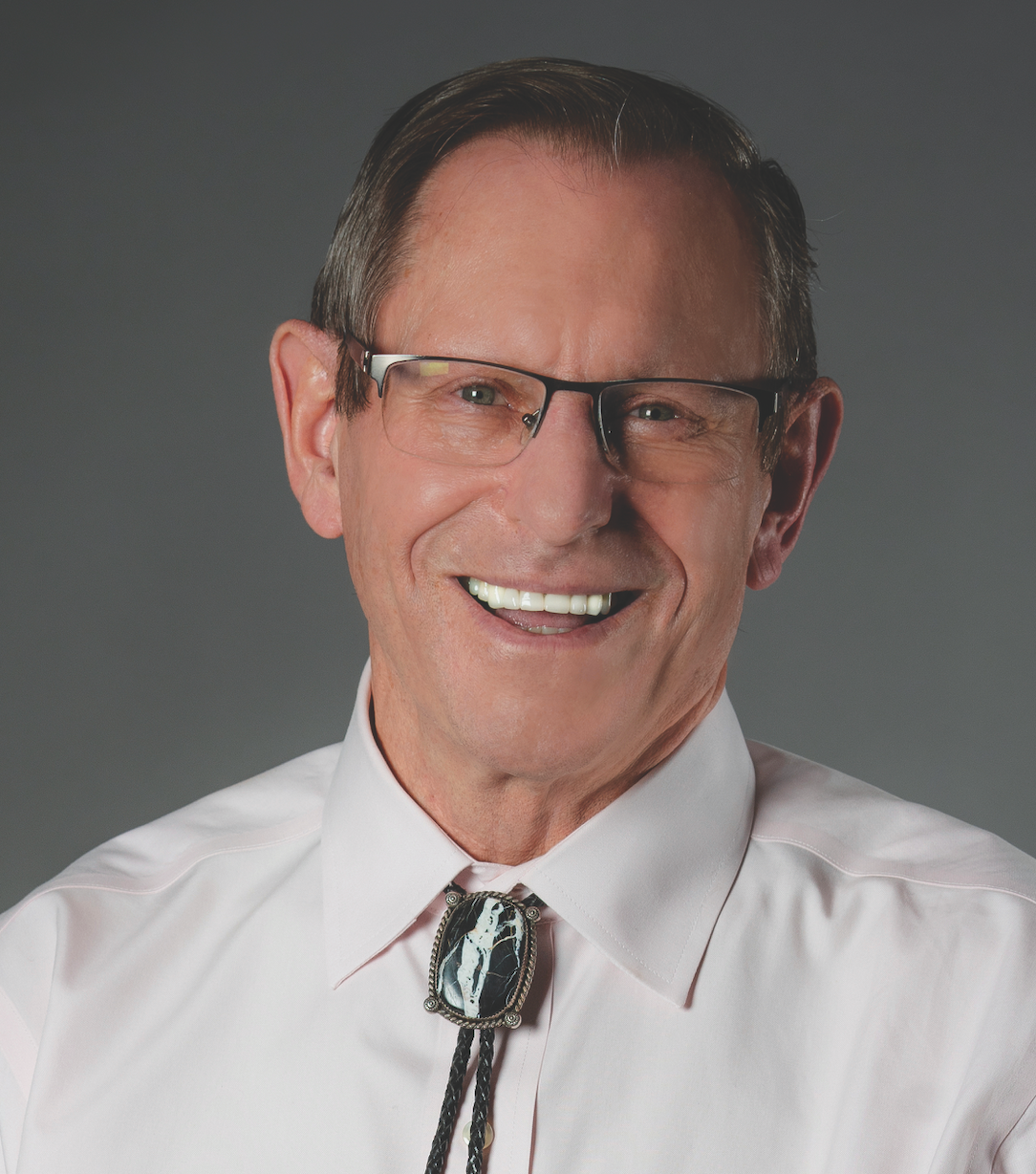 For nearly four decades, Alan S. Crandall, MD, was a fixture at the John A. Moran Eye Center at the University of Utah. A skilled surgeon, he focused on the medical and surgical management of glaucoma and cataract surgery as well as anterior segment surgery.

Crandall, who was the senior vice chairman and director of glaucoma and cataract at the center, died Oct. 2 following a sudden illness, Randall J. Olson, MD, CEO, John A. Moran Eye Center, and professor and chairman of the Department of Ophthalmology and Visual Sciences, University of Utah, announced in a statement.

In the statement, Olson remembered Crandall as a “brilliant, caring surgeon who dedicated his many talents to helping others in Utah and around the world.”

“His boundless compassion and deep commitment to improving the lives of his patients forever impacted everyone who knew him,” Olson said in the statement. “Over his 39 years in our department, his care and consideration for his colleagues shaped a culture of family at Moran. We will miss him dearly.” 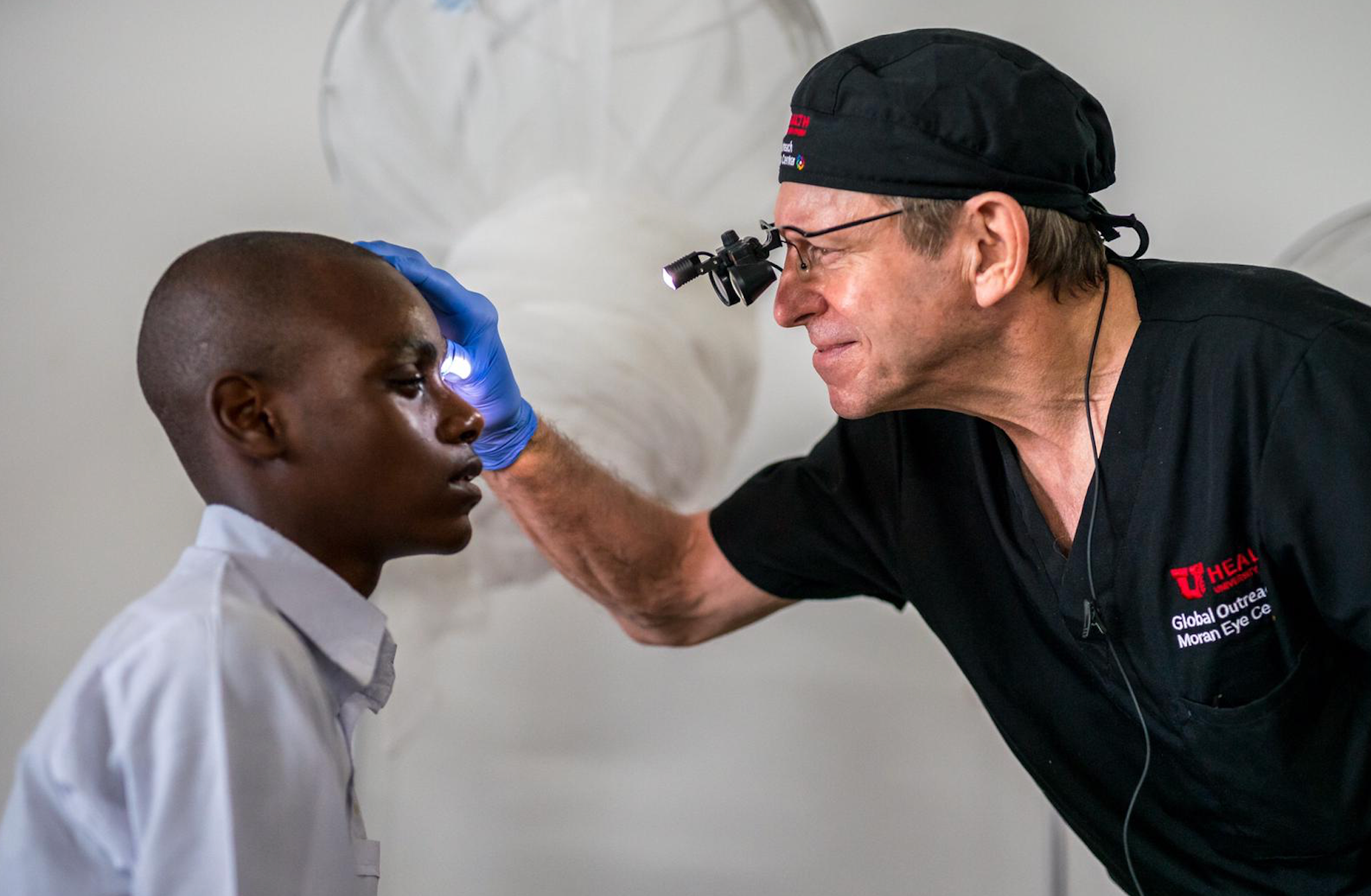 Olson noted that Crandall often “handled the most challenging cases, and his surgical skills were legendary.”

Crandall gave lectures and trained ophthalmologists around the globe. He also pioneered several surgical techniques and participated in numerous clinical studies, which earned him accolades as a thought leader.

Olson noted in the statement that as a teacher and mentor, Crandall was exacting in his training.

“His goal was to produce the best surgeons possible, and he was never too busy to assist and encourage the physicians, technicians, and staff around him,” Olson wrote. “He took special pride in seeing his students excel and become leaders in the field.”

As the founder and senior medical director of Moran’s Global Outreach Division, Crandall traveled the world to train surgeons and perform countless free surgeries to restore sight. He also performed free surgeries in Utah, including on the Navajo Nation. His travels took him to more than 20 countries, including Ghana, Nepal, and South Sudan.

“Crandall was a friend to everyone who knew him and was universally respected and adored,” Olson concluded in the statement. “To know him was to love him, and we grieve with everyone whose life he touched.”

“He had a way of making everyone feel special, important and had a calming demeanor,” she said. He supported all – women, underrepresented groups, people of all walks of life and gave himself to teach and help.”

Hartnett said Crandall was a giant in his accomplishments and surgical skill, but he was also gentle, noting that he worked hard despite pain at times.

“Whenever I questioned my ability to accomplish something, I thought of Alan and knew he would plug on and continue, so I could also,” she said. “It is so hard to lose him, but I will always remember his kindness, his support, and his strength and believe he would want us all to push ahead in gaining the knowledge to best serve our patients.”

Robert Osher, MD, professor of ophthalmology at the College of Medicine of the University of Cincinnati, and medical director emeritus, Cincinnati Eye Institute, recalls meeting Crandall on a panel in the early 1980s. The group was a mix of veteran ophthalmologists and younger, up-and-coming surgeons.

“We were the young, hungry, aggressive surgeons,” Osher said.

Osher noted that even early in his career, Crandall stood out as a leader in the field. Despite his celebrity status, Alan was approachable by all. osher noted that he would patiently stay long after our courses had ended, patiently answering question after question until the last attendee was satisfied.

“He was the consummate gentleman,” Osher said.

“He was an innovator. He was the first the first surgeon in the country to do small-incision glaucoma surgery.”

“He devoted so much time to making the world a better place,” he said.

Osher noted that where Crandall may have shone brightest was in the operating room.

“He was a superb surgeon and made even the tough cases look easy,” he said.

Osher noted that Crandall also was athletic, excelling at football. He was an avid skier.

“He loved to teach and share information,” he said. “He was a good friend to everybody. We are all grieving and we are touched that we had the opportunity to know Alan. He was a unique treasure to ophthalmology and he will be missed.”

Terri-Diann Pickering, MD, recounted how she had the chance to meet Crandall several times during Glaucoma 360 meetings in San Francisco. While the interactions were usually brief, he made an impression.

“His youthful energy, cheerful generosity with his time and expertise, and limitless enthusiasm for the surgical care of patients were remarkable,” she said. “Most importantly, his deep humanity shone through his compassion and appreciation for those less fortunate. He really felt their pain and became emotional when he described their situations -- there was no pretense at clinical objectivity. It was an honor to have known him, and there will never be another person like him.”

Kuldev Singh, MD, MPH, professor of ophthalmology and director of Glaucoma Service at Stanford University School of Medicine in Palo Alto, California, noted that Crandall is regarded by many as the most skilled ophthalmic surgeon of his generation.

“When I think of Alan, 5 words come to mind: excellence, commitment, resilience, humility and most of all, friendship,” he said. “He used these skills to tirelessly combat blindness throughout the world and did so with unmatched humility.”

Singh said he met Crandall met on the basketball court at an eye meeting in the 90s and became good friends after Crandall invited him to give a talk as a visiting professor at Moran in 2004.

“I often sought his advice on both clinical and personal matters,” Singh said. “After Keith Barton and I had our first Ophthalmology Futures meeting in Milan back in 2012, Alan was very supportive, attending most of our subsequent meetings, and commonly arriving right from the airport after an overnight transatlantic journey.

“We have lost one of the true greats in Alan Crandall but his legacy will live on and continue to be spread by the countless people whose lives he touched throughout the world,” Singh said.

"Dr. Crandall's contributions to ophthalmology in teaching, innovation and service to his fellow man will resonate for generations to come,” he said. “What an example for us all that we will never forget.”

Andrew G. Lee, MD, chair of the Blanton Eye Institute, Houston Methodist Hospital, in Houston, Texas, remembered Crandall as a world-renowned cataract and glaucoma expert, noting that they often shared the same platform for speaking across the country and around the world.

“Alan had a wonderful way of explaining complex and complicated surgical topics in a way that even a non-surgical neuro-ophthalmologist like me could understand the information,” Lee said.

More importantly, Lee noted that Crandall was a genuinely sincere, generous, and kind person who will be missed.

“His global impact was in ophthalmic surgical education but his local impact was in regions of the world where he would perform free, life-changing eye surgery on patients in need in Ghana, Nepal, South Sudan, Tanzania, Tonga, Nairobi/Rwanda, Guatemala and many other locations,” he said.

Uday Devgan, MD, FACS, is in private practice at Devgan Eye Surgery in Los Angeles and Beverly Hills, and clinical professor of ophthalmology at the Jules Stein Eye Institute at the UCLA School of Medicine and Chief of Ophthalmology at Olive View-UCLA Medical Center. He remembered Crandall as “an amazing leader, gifted surgeon, and generous humanitarian who improved the lives of countless patients through his charity work and surgical teaching.”

“His legacy will live on and will play an important role in training future generations of cataract and glaucoma specialists,” Devgan said.

“Alan Crandall personified the best in humanity and in ophthalmology: genuinely caring, generous, intelligent, honest, a kind man with a big heart, a ready wit and real courage,” he said. “He is missed.”

Even ophthalmologists who were not directly connected to Crandall knew his reputation in the field.

"Although I didn’t know Dr. Crandall personally, he was a pioneer in our field and seemed to think ahead to improve ophthalmology care for our patients,” said Ranya Habash, MD. “A mind like his was a real benefit to our field.”

The John A. Moran Eye Center will live stream a Celebration of Life for Alan S. Crandall, MD, at 5:15 pm MST on Friday, Oct. 9.

The event will be streaming live on YouTube at http://bit.ly/Crandall2020.