Understanding variations between devices can matter during ophthalmic evaluations.

This article was reviewed by Joel S. Schuman, MD

It goes without saying that the features that are paramount for any optical coherence tomography (OCT) instruments are image quality and the abilities to identify artifacts and interpret scans regardless of the desired structures to be viewed or the disease process involved.

The various commercially available devices work in different ways and understanding those differences may matter during evaluations.

Truth in imaging
In order to ensure image quality in spectral-domain OCT, the signal quality must be highest in the top third of the scanning window and the tissue must be as flat as possible.

The condition of the ocular media, including a dry cornea, refractive errors, cataracts, and vitreous opacities, adversely affect the image quality, according to Joel S. Schuman, MD,

In instruments in which acceptable images are not obtained, the results are segmentation errors, i.e., incorrect information about tissue characteristics.

Ferreting out the faults
A number of these faults can play tricks on the eyes.

Blood vessel shadows are the products of every vessel containing blood. Mirror images or inverted images can result from the manner in which the image was acquired.

Blinking artifacts, which appear as black bands across an image, indicate that the signal was interrupted during a blink or a segmentation error occurred, and eye movement artifacts can distort the shapes of the vessels in an image, said Dr. Schuman, professor of neuroscience and physiology, Neural Science and Electrical and Computer Engineering, and chairman of ophthalmology, NYU Langone Medical Center, NYU School of Medicine, New York.

This health of this structure is assessed in a circular area around the optic nerve head. This area of measurement can be used on any of the previously mentioned instruments to obtain a robust assessment of the RNFL.

Related: Assessingg quality of OCT scans impacts clinical-decision process
Some instruments provide a volumetric measurement that includes the tissue beyond the circle to determine the development of glaucoma as well as the shape and character of the abnormality, he said. When viewing the output from the devices, the abnormalities have a particular location and shape.

The thickness abnormalities of the RNFL that are documented by these OCT devices facilitate a good comparison of the differences in the devices. First, correlations between the superior and inferior thicknesses of the RNFL are shown by the devices.

Related: Macular OCT: A must for treating glaucoma patients

The Optovue and Triton machines show the agreement between the nasal and temporal thicknesses of the RNF. Spectralis, Triton, and Cirrus document floaters. Triton does not document inferior movement.

When evaluating glaucomatous progression over time, Cirrus contains the most complete glaucoma progression analysis software, according to Dr. Schuman. The data are obtained from the scanning circle and they provide the average, superior, and inferior RNFL thicknesses and a trend analysis that describes if there is a significant difference from “no change” in the regression line.

The average cup-to-disc ratio changes as well as the RNFL thickness profiles over time and on a specific day also are provided that document significant differences. Another feature is a table of numerical values of the parameters highlighted for each visit with changes emphasized.

The Spectralis provides a serial analysis of progression, the results of which are depicted in graphs and in different phases from a patient’s scan. No statistical program is included to document significant progression changes.

Related: Budding technology could be an OCT analysis game-changer

The Optovue provides changes in both the ganglion cell count (GCC) and the RNFL thickness. The changes in RNFL thickness are documented in a graph from baseline to the current day; the significant changes in the GCC are highlighted in a table. For both parameters, the device provides a statistical test for trend.

“With each machine, when the RNFL becomes very thin, there is a floor effect, that is, the point at which the instruct can no longer measure the RNFL or the GCC. Clinicians must be careful and not be fooled into thinking that the patient is stable, when in fact the RNFL is so thin that the machine cannot determine the glaucoma is worsening,” Dr. Schuman cautioned.

“The outperforms measurement of the visual fields (VFs) in detecting progression in early glaucoma,” he concluded. “VF progression can be measured even when the VF is normal. In cases of moderate and advanced glaucoma, RNFL progression rate decreases due to a floor effect. It is important to monitor both the RNFL and VF when assessing glaucoma progression, especially in patients with moderate to advanced disease.” 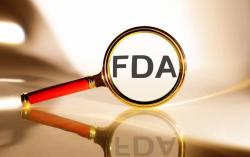