RLE is a viable and very reasonable option to offer patients across the various ranges, says John Vukich, MD.

In a study comparing monovision LASIK with refractive lens exchange (RLE) in patients age 45 to 60, similar outcomes were achieved, according to John Vukich, MD.

The study included 608 patients (1,216 eyes) in the monovision LASIK group and 590 patients (1,180 eyes) in the RLE group. Patients were –10 to +3 D and comparable in terms of preoperative cylinder, dry eye, glare, halos, and difficulty with night driving, said Dr. Vukich, adjunct associate clinical professor, University of Wisconsin-Madison School of Medicine.

Patients in the RLE group received an extended depth-of-focus (EDOF) IOL in at least one eye.

Overall, both groups had solid and very comparable results, Dr. Vukich said. In the laser-vision correction (LVC) group, the postoperative sphere in the near eye had a distribution around –1.5 D.

For 3-month binocular uncorrected distance visual acuity results, the only difference found was in hyperopic RLE patients, who had a better result: 84.8% were 20/20 or better compared to 77% of those who received LVC.

For binocular near vision acuity, there was no difference in outcomes among the hyperopes, plano presbyopes, and low myopes in both groups. In the LVC group, 98.7% of high myopes had J5 or better uncorrected near visual acuity.

“The take-home point we’re starting to glean is there are some trends, but RLE is a viable and very reasonable option to offer patients across the various ranges,” Dr. Vukich said.

When analyzing patient satisfaction, it was 98% or better in the moderate to high myopes who had LVC, which was a higher percentage than other groups.

“But when you look at the hyperopes, plano presbyopes, and low myopes, there was no difference in the number of patients who were satisfied or very satisfied,” Dr. Vukich said. “Again, you’re starting to see a trend that RLE with an extended depth-of-focus lens is very comparable.”

When asked if they would recommend their procedure to friends and relatives, the moderate to high myopes in the LVC group had the highest percentage of positive responses, although all patient groups were in the high 80s to 90s.

The moderate to high myopes in the LVC group were not as satisfied with their closeup vision as those in the RLE group.

“There’s going to be some setting of expectations with those patients,” Dr. Vukich pointed out.

However, there was no difference between LVC and RLE for distance activities. For dry eye, there were no major statistical differences, although there was a trend for more dry eye among the RLE patients.

When analyzing monovision, the patients who were satisfied or very satisfied were mostly –1 D or greater than –1 D. However, there was a drop in satisfaction at –2 and  2.75 D, which gives surgeons some feedback for future targeting, Dr. Vukich said. Age did not appear to be a factor in the difference in satisfaction with the monovision a patient had, he added.

Surgeons looking to use LASIK monovision should aim for –1.25 to –1.75 D and provide thorough counseling to plano presbyopia patients, Dr. Vukich advised.

John Vukich, MD
E: javukich@gmail.com
Dr. Vukich is a consultant for AcuFocus, Carl Zeiss Meditec, Johnson & Johnson Vision, and STAAR Surgical. This article was adapted from Dr. Vukich’s presentation during Refractive Surgery Subspecialty Day at the 2018 meeting of the American Academy of Ophthalmology. 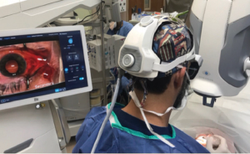 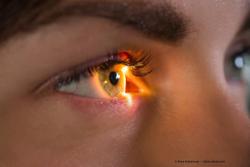