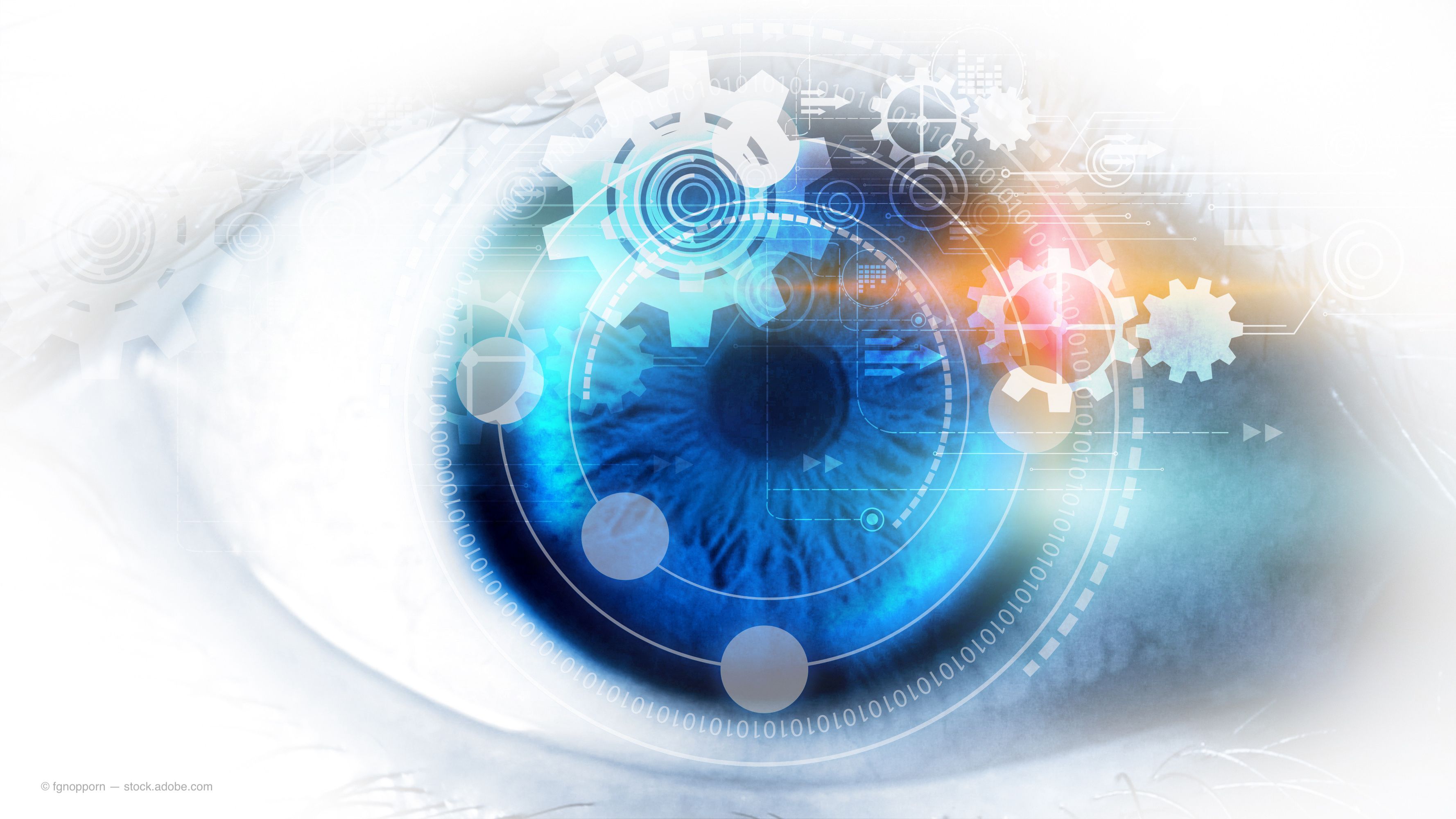 PERG: Useful for detecting very early glaucoma damage
Pattern electroretinography (PERG) is being elevated to the next level, that is, out of the laboratory setting and into the clinic as a useful technology that can detect early metabolic changes, said Matthew Emmer, vice president of business development and clinical affairs, Diopsys Inc.

“The goal was to make PERG easier to use and less demanding for the physician and technicians, with testing times shorter than 1 minute per eye,” he said.

The company has developed reference ranges and reports that are easily interpretable.

Numerous studies have reported that PERG is very sensitive for detecting functional loss and provides a window of opportunity before apoptosis
occurs.

PERG can detect decreased RGC function years before structural loss in glaucoma suspects and is more sensitive than optical coherence tomog­raphy for detecting dysfunction in affected cells before damage is irreversible in ocular hypertension.

Diopsys first introduced ERG sensors that facilitated the development of a grading system for the average patient pattern responses to stimuli.

In the presence of early disease, the signal becomes less reproducible and markedly different from a normal sinus­oidal response.

The grading system allows clinicians to assign a number to the degree of dysfunction detected by the sensors considering the response size, response speed, and reproducibility along with a reference range.

“All of this information precedes structural changes,” Emmer explained.

Recent investigations are indicating a strong correlation between PERG and the RGC count and between the PERG retinal vessel count and retinal vascular integrity, he pointed out.

The company is releasing software that incorporates AI based on data from 800 patients; application of the data algorithm to a patient subset is showing better sensitivity and specificity.

Eyenuk is marketing an AI platform that can screen, diagnose, and monitor diseases based on ophthal­mic images. With imaging, AI can instant­ly
produce an actionable report without the need to dilate the majority of patients.

“A number of disease indications can be detected through this platform,” he emphasized.

Use of AI and automation are the only ways we can accomplish the goal of preventing vision loss, Solanki said.

EyeScreen is a human plus AI diagnostic service with which human graders review images as usual with AI performing a background check and flagging potential errors.

EyeArt is autonomous AI that enables screening at the point of care without requiring a specialist.

EyeMark is “superpower” AI that performs an analysis to detect abnormalities and longitudinal monitoring that detects and quantifies changes to create biomarkers that human experts cannot produce, he explained.

Thus far, Eyenuk has launched the platform targeting diabetic retinopathy; EyeScreen and EyeArt are launched and EyeMark will launch in 2021.

“AI will play an instrumental role to enable timely detection and monitoring of glaucoma via EyeScreen, EyeArt, and EyeMark. Using this platform, we hope to significantly reduce vision loss from glaucoma,” Solanki concluded. 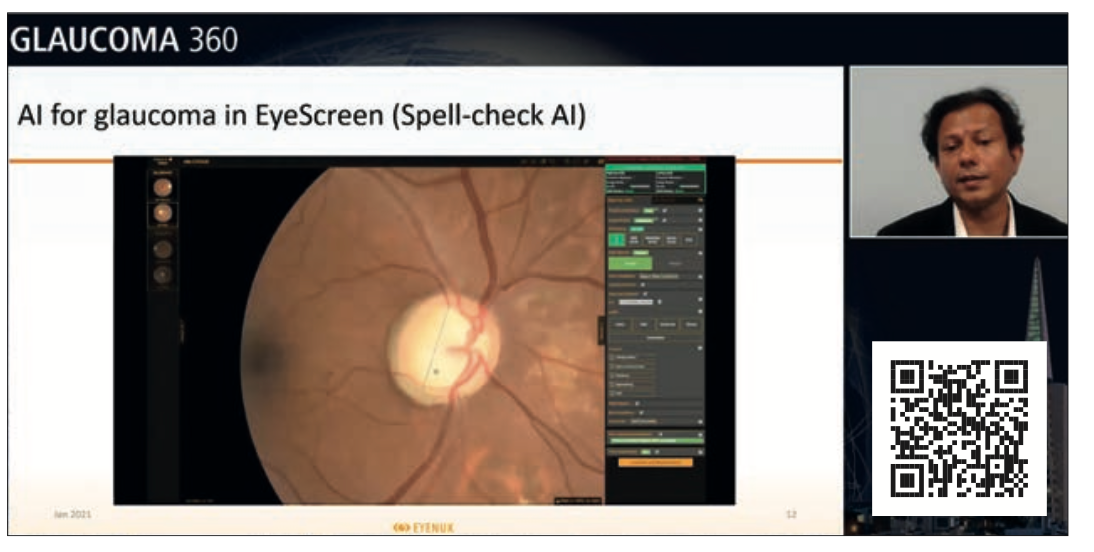 Using your smartphone camera, hover over the QR code to watch the full video.

AI-driven platform for diagnostics and augmentation
Millions of patients worldwide have visual field (VF) defects and/or double vision from glaucoma, stroke, macular degeneration, diabetes, and retinitis pigmentosa. The current treatments do not restore vision and only provide visual aids.

The VF app, a registered medical device with the FDA, is self-administered, easy to use, portable, and cost-effective.

“One headset plus software performs multiple tests,” he said, explaining that the test uses patients’ natural interactions to light stimuli presented
in the glasses to allow the app to map and quantify the vision autonomously.

Telemedicine applications include VF, remote eye examination, and eye imaging capabilities; following testing, the results are sent to a portal for review. 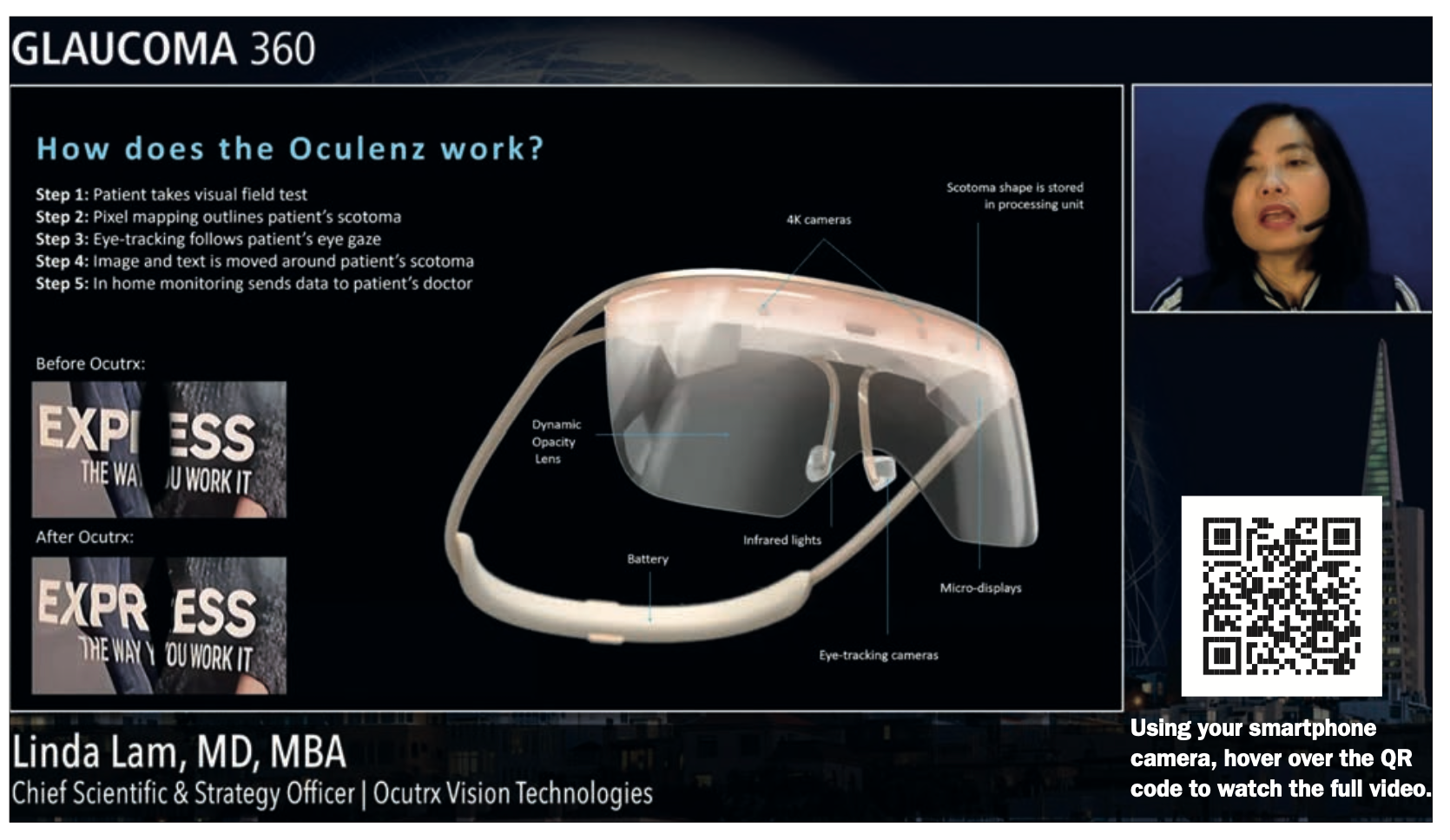 The AI platform goes a step further by augmenting patient vision. In addition to diagnosing visual defects, the visual distortion and double vision can be corrected and the customized VF corrected and expanded based on the patient profile.

“The user’s vision is augmented and enhanced and the surrounding environment enhanced, providing increased safety and functionality to the patient,” Shousha said.

A clinical trial at Bascom Palmer that compared the Heru VF measurements with Humphrey VF showed the 2 are comparable in healthy and diseased eyes with excellent reproducibility.

Telehealth provides the opportunity for remote diagnosis and care management of chronic ocular diseases, which is important because 50% of glaucoma and diabetic retinopathy cases are diagnosed late, and in 50% of patients with age- related macular degeneration (AMD), treatment is late, she explained.

The tests, all of which are software-based, can be self-administered on tablets, personal computers, and smartphones.

In addition to monitoring existing patients, this platform offers clinicians the opportunity to expand their practices through screening in the community and among friends and family and referring channels, Ianchulev said.

The technology works by first mapping the scotoma during a VF test. Eye-tracking follows the patient’s gaze as the image and text are moving around the scotoma.

Data transmission to the clinician and telemedicine are also possible with this device, which facilitates following scotoma enlargement and possible disease progression and
earlier intervention.

In addition to remote care, Ocutrx developed the OR-Bot, which is useful in the operating room to address challenges with ergonomics, space constraints imposed by current surgical systems and digital cameras, and poor resolution and 3D glasses limitations. 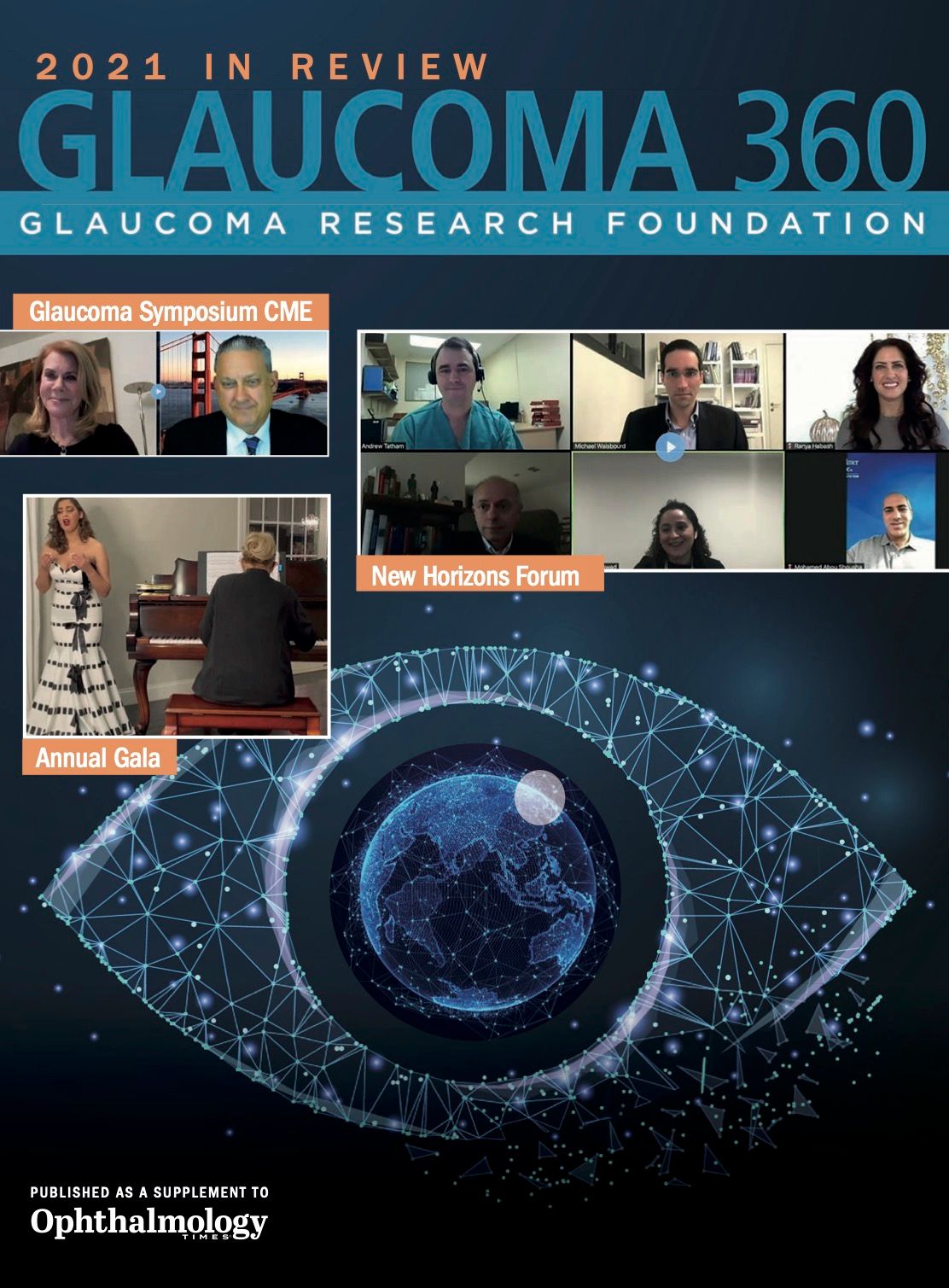