Those who used both traditional and electronic cigarettes reported severe to very severe ophthalmic symptoms.

The investigators conducted an observational, cross-sectional online survey to determine the frequency and severity of ocular symptoms in young e-cigarette and cigarette users.

A total of 4,351 Americans aged 13 to 24 years responded to the survey questions regarding the use or non-use of nicotine e-cigarettes and cigarettes and the use during the previous 7 and30 days.

Dual users were defined as those who used both products. The outcomes included the general vision status and frequency and severity of ocular symptoms that included ocular discomfort, pain, burning, itching, redness, dryness, glare, blurry vision, eye strain, and headaches.

Ms. Nguyen reported that42.5% to 70.7% of all respondents reported no ocular symptoms.

The investigators pointed out that this large, population-based study offers new perspectives on ocular symptoms in young users of e-cigarettes and cigarettes.

“More severe and frequent ocular symptoms occurred in young Americans using both cigarettes and e-cigarettes. Dual users should cease and reduce their use of such products to prevent and minimize ocular risks,” the authors concluded.

They also recommended that health care providers document the use of smoking products in their patients, which may result in better prevention and counseling in the ophthalmic patient population. 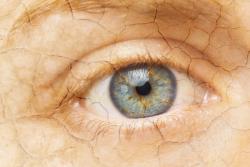