Ophthalmologists at New York Eye and Ear Infirmary of Mount Sinai have created a new technique to evaluate patients with sickle cell retinopathy and assess the disease before it progresses and leads to permanent vision loss.

Ophthalmologists at New York Eye and Ear Infirmary of Mount Sinai have created a new technique to evaluate patients with sickle cell retinopathy and assess the disease before it progresses and leads to permanent vision loss.

According to lead investigator Toco Chui, PhD, director of the Marrus Adaptive Optics Laboratory at New York Eye and Ear Infirmary of Mount Sinai, investigators added a new dimension to ocular imaging technology that no one had thought of before.

“For the first time, we have shown that by doing rapid, repeated retinal imaging of sickle cell patients, you can see microscopic changes in blood vessels and blood flow,” Chui said in a statement. “The more the blood flow fluctuates across images, the more at risk patients are for a permanent blockage, which severely damage their eyesight."

Chui also pointed out that using the approach, investigators can non-invasively monitor the retina over time and see how a patient is doing before or after initiation of therapy.

Sickle cell disease is an inherited red blood cell disorder caused by a mutation in hemoglobin. The hemoglobin folds abnormally and distorts red blood cells into a sickle shape; the sickle-shaped cells clump together and can block blood flow.

This causes repeated damage to capillaries, which become inflamed and sticky, resulting in permanent blockages that can affect vision in the retina, and in some cases, major bleeding and retinal detachment.

According to co-author Richard Rosen, MD, Belinda Bingham Pierce and Gerald G. Pierce, MD Distinguished Chair of Ophthalmology, and chief of Retina Services for the Mount Sinai Health System, investigators’ work can be a game-changer for sickle cell patients, especially for those who have no symptoms of retinopathy.

“It can lead to earlier diagnosis of retinal issues and prevention of irreversible blindness,” he said. “Without this technology, it is impossible to judge their eye condition until patients report vision loss, when it's too late."

According to investigators, the team used OCT angiography to image all subjects 10 times in a row over a 10-minute span. An hour later they repeated the imaging procedure.

They analyzed the blood vessels that repeatedly opened and closed—a trait of sickle cell disease. When this happens, blood cannot flow freely and these blood vessels are at risk of permanent closure which can lead to blindness.

For patients without sickle cell disease, scans showed that the blood vessels for the most part remained open, providing continuous blood flow.

Moreover, for each patient, the investigators stacked their groups of ten scans together and counted the blood vessels that "flickered." Healthy blood vessels remain white on all scans with no flickering, indicating consistent blood flow in the vessels.

On all scans, the untreated sickle cell patients had substantially more flickering (more intermittent blood flow) than patients on treatment, indicating that treatment was effective.

Patients with no sickle cell disease had no or very minimal blood flow fluctuations.

Investigators used measurements of flicker frequency and locations of flickering to develop a computer algorithm for assessing risk of retinal blood blockages in sickle cell patients.

Jeffery Glassberg, MD, director of Mount Sinai's Comprehensive Sickle Cell Program, for the first time ever in sickle cell disease, there are too many good drugs and too little information on who should be on what, and what combinations work best.

“What we hope is that OCT angiography and this new algorithm can be used to solve this problem. Instead of following lab tests and waiting for horrible things to happen to the patient, for the first time we can use this technology to measure the number of vaso-occlusive events that are occurring on a new treatment regimen to find out if it is best for the patient," Glassberg said in a statement.

Davis B. Zhou, a medical student from the Icahn School of Medicine at Mount Sinai, played a key role in creating the algorithm for the study during his extended research elective in the Einhorn Center for Clinical Research at the New York Eye and Ear Infirmary of Mount Sinai. 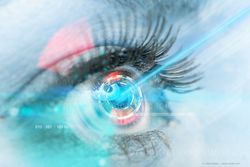 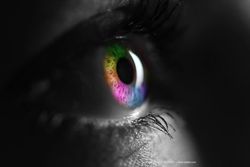 Multicolor and autofluorescence imaging: What’s in a name?