Intravitreal injections and endophthalmitis: Does lidocaine gel change the risk of the infection?

This research was a finalist in the 2020 Ophthalmology Times® Research Scholar Honoree Program.

The use of lidocaine gel for anesthesia prior to intravitreal injection is widespread.

However, we do not know whether lidocaine gel use influences the risk of developing postinjection endophthalmitis, nor do we understand the mechanism by which it may promote infection.

A study by Lad et al included 8802 injections and its results suggested that endophthalmitis risk was not influenced by anesthetic gel use prior to povidone iodine (PI).1

However, a large retrospective analysis of 154,198 intravitreal injections reported that use of anesthetic gel (2% lidocaine [Xylocaine] or 0.5% tetracaine hydrochloride [Tetravisc]) increased the endophthalmitis rate 4- to 10-fold after adjusting for other covariates (lid speculum use, glove use, injection location, and specific anti-VEGF agent).2

Notably, the studies did not account for the sequence of povidone-iodine and lidocaine gel application.

We are interested in whether there is something inherent in lidocaine gel that promotes endophthalmitis or whether it is protective against PI. PI is the only step that has consistently been shown to prevent endophthalmitis.

We uniquely use corneal tissue to resemble in vivo growth of bacteria with lidocaine and/or PI application.

Corneal rims were used to test the interactions of 3.5% lidocaine gel (Akten) and 5% PI. A 0.01 mL sample of each bacterial isolate (approximately 1000 CFU) was used to inoculate each corneal rim.

For each bacterial isolate, 5 corneal rims were prepared after initial bacterial inoculation of the corneal rim: bacteria alone, lidocaine gel only, PI only, PI then lidocaine, and lidocaine then PI.

A contact time of 5 minutes was allotted before the inoculated rim was placed in 10 mL of growth broth medium.

Application of 5% PI alone was bactericidal to all pathogens as expected. Interestingly, when lidocaine gel was applied after PI, the PI was ineffective at eliminating Enterococcus. This finding was confirmed through repetition.

Discussion
Lidocaine gel may promote endophthalmitis by acting as a physical barrier and protecting bacteria from PI exposure during preparation for intravitreal injection.

Notably, the killing properties of PI were effective when applied prior to lidocaine gel for all bacteria except for Enterococcus.

For Enterococcus, the gel itself may act as growth medium and/or may dilute PI.

Although increased bactericidal activity against S aureus and Mycobacterium can be elicited through dilution of PI to as low as 0.1 %, which is thought to weaken the iodine linkage to the carrier polymer and increase “free” iodine, we hypothesize that the lidocaine gel itself may prevent freeing of iodine as theorized in Berkelman et al.3

Additionally, prior in vitro studies regarding oral biofilms have shown that local anesthetics such as lidocaine gel have significant bactericidal properties; however, lidocaine was an ineffective disinfectant at 2.5% in the gel form, which correlates to our findings when 3.5% lidocaine gel was applied.4

Conclusion
When choosing to use lidocaine gel prior to intravitreal injection, PI application prior to lidocaine gel is the best sequence to prevent endophthalmitis. Avoiding lidocaine gel use is likely the safest option.

Jamie Odden, MD, MPH
e:oddenjl@upmc.edu
Odden, an ophthalmology resident at the University of Pittsburgh Medical Center in Pennsylvania, has no financial disclosures related to this content.

Factors to consider in IOP elevations associated with vitreoretinal treatments 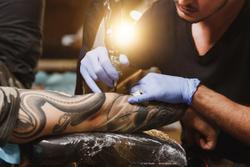 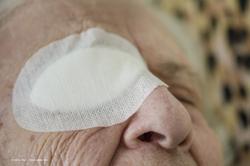