Deep Phenotyping is shedding new light on congenital corneal opacities, and with the initial diagnoses, physicians should also delve deeper to avoid overlooking the causes of some ocular anomalies.

Deep phenotyping is key to correct diagnosis with corneal opacities and can ensure physicians do not overlook the root causes of some eye issues.

Along with the initial diagnoses, physicians should also delve deeper to avoid overlooking the causes of some ocular anomalies, said Dr. Nischal, professor, School of Medicine; chief, Division of Pediatric Ophthalmology and Strabismus, and vice chairman, Department of Ophthalmology, University of Pennsylvania Medical Center, Children’s Hospital of Pittsburgh.

This understanding of congenital opacities has expanded with implementation of imaging that is providing better insights into the pathology, he added.

“Essentially, neonatal corneal opacities are either a primary developmental problem of the cornea or a secondary corneal disease,” Dr. Nischal said.

Dr. Nischal advocates deep phenotyping to get to the root of a problem.

He avoids the use of the terms “sclerocornea” and “Peter’s anomaly” and explained why. He described a case of aphakia that was referred to him with the diagnosis of sclerocornea.

Following ultrasound biomicroscopy and a corneal transplant, he found that rather than the lens being adherent to the cornea as had been expected, histologic study showed that the lens failed to separate from the cornea and was actually embedded in the cornea embryologically.

“The success of surgery in this eye was limited because the vitreous was abnormal,” he explained. “When this is the case, many other structures in the eye also are abnormal.”

In cases with iridocorneal adhesions, also referred to as Peter’s anomaly type 1, the surgical success rate is good. However, some cases can be exceptions to that rule, Dr. Nischal said.
Peter’s-plus syndrome is caused by mutations in the B3GALTL gene, a glycosylation gene. Dr. Nischal described three children with the diagnosis. In two patients, cavitation of the posterior stroma and iridocorneal adhesions were seen. The third patient also had those abnormalities in one but the second eye had a keratolenticular adhesion.

“This indicates that in the same child with the same gene defect the phenotype can be different in the two eyes,” he emphasized. “When a patient presents with congenital corneal opacities, those opacities are a defect in the final pathway and they are not a diagnosis.”

Diagnosing a child with sclerocornea or Peter’s anomaly is not helpful. In this child, one eye did badly and developed a retrocorneal membrane and one eye did well, he added.
In another case diagnosed with Peter’s anomaly, which normally would have fared well with a corneal transplant, delving deeper into the phenotype revealed another problem.

Dr. Nischal explained that a form of kerato-irido-lenticular dysgenesis is characterized by a mechanical dysfunction resulting from, for example, persistent hyperplastic primary (PHPV). In this patient, imaging showed that the lens was touching the cornea and pushing the ocular structures forward with no disruption of the Descemet endothelial interface. Doppler ultrasound revealed PHPV.

He addressed this by entering the eye at the limbus to decompress the lens. With removal of the lens material, the lens capsule still remained attached to the posterior cornea and the PHPV pushed the lens forward. Four months postoperatively, the patient can wear a contact lens and no corneal transplant was needed.
“If the diagnosis had stopped at Peter’s anomaly, a corneal transplant would have been considered rather than consideration of a mechanical process,” he said.

Getting results
Another example of the importance of deep phenotyping was a case reported by Yu Qiang Sho, MBBS, and Jodhbir Mehta, MBBS, in which a central opacity was present and a posterior stroma was missing (Cornea. 2018;37:382-385). In this case, Dr. Mehta opted for selective endothelial removal in the area of the missing posterior stroma. Five months after surgery, the cornea was clear.

“In this case, if deep phenotyping was not done, and the diagnosis was based on one defect without seeking any extra information, selective endothelial removal would not have been possible,” he said. “The procedure clearly works, but not in every case.”

In a final case that again demonstrated the importance of delving deeper into the phenotype, Dr. Nischal described a patient who previously had been denied corneal transplants at five institutions. Following imaging that disclosed abnormal palisades of Vogt, the child the transplants were performed and 6 months after surgery, the eyes remain epithelialized. 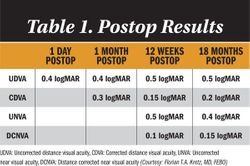 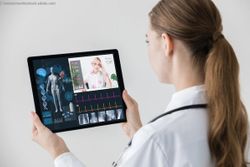 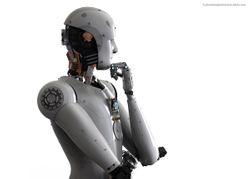 Inflammatory bowel disease does not have ocular manifestations