Friederike Kortuem, MD, MSc, discusses how treatment with voretigene neparvovec-rzyl led to a short-term change in the foveal morphology in a patient with visual impairment that included nyctalopia and decreased visual acuity in early childhood.

Treatment with voretigene neparvovec-rzyl (Luxturna, Novartis) resulted in a short-term change in the foveal morphology in a 15-year-old girl with visual impairment that included nyctalopia and decreased visual acuity (VA) in early childhood, according to Friederike Kortuem, MD, MSc, from Eye Clinic Tübingen, University of Tübingen, Tübingen, Baden-Württemberg, Germany.

Speaking at the Association for Research in Vision and Ophthalmology’s virtual 2021 annual meeting, Kortuem point out that visual deterioration generally occurs early in Leber’s congenital amaurosis type 2 (LCA2) and early-onset severe retinal dystrophy (EOSRD), as soon as birth to 5 years of age.

Characteristically, rapid degeneration of the rods and cones, visual field reduction, sluggish or near-absent pupillary responses, photophobia, nystagmus, and nyctalopia can occur. By the 4th decade of life, patients usually are legally blind.

Subretinal administration of voretigene naparvovec-rzyl in an adeno-associated viral vector was FDA-approved in the US in 2017 and in Germany in 2019 to treat retinal dystrophies caused by bi-allelic RPE65 mutations; RPE65 is involved in the vitamin A restoration cycle in the eye.

Case report
The current patient had an RPE65 homozygous mutation. The VA in the right eye at examination was 20/63, and the anterior segment was unremarkable.

At baseline, the patient was injected with the gene therapy vector that was successfully positioned between the neural retina and the retinal pigment epithelium. She was evaluated at baseline and then 2 and 5 weeks and 3 months following treatment.

At baseline, compared with healthy individuals of the same age, this patient’s retina was thinner.

Kortuem showed that the central fovea had alterations in its layers and the retinal structures were not well demarcated, in contrast to the parafoveal layer with a preserved outer retina and photoreceptors.

As soon as 2 weeks after treatment, the foveal layer started to change. The external limiting membrane was visualized in the fovea.

“The overall disrupted appearance improved,” she pointed out.

After 5 weeks, the layering of the central fovea improved more out to 3 months.

The adaptive optics images obtained at baseline showed a mosaic of disrupted photoreceptor cells, that according to Kortuem, is characteristic of inherited retinal diseases.

In the first 5 weeks following treatment, the initially patchy areas seemed to be decreasing over time.

These morphologic rescue parameters changed gradually over time and were correlated partly with the improvement in the foveal-mediated vision after the treatment.

Regarding the safety of the treatment, no signs of inflammation were observed.

The cone functionality improved a bit and the patient reported “brighter” vision, which she also reported 5 weeks after surgery. At 3 months after surgery, the objective changes persisted.

Chromatic pupil campimetry showed a dramatic increase in the central 10 degrees of the pupil from week 2 to week 5 and this improvement persisted to month 3.

“Rapid changes in the photoreceptor morphology seen on OCT and adaptive optics imaging after successful gene therapy in patients with LCA and EORD can be quantifiable at the individual level,” Kortuem concluded.

This article is adapted from Kortuem’s presentation at the Association for Research in Vision and Ophthalmology virtual annual meeting. She has no financial interest in this subject matter. 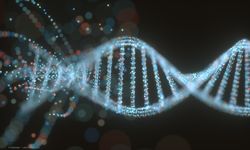 Unraveling the genetics of glaucoma