This article was reviewed by M. Dominik Fischer, MD, PhD

There is currently no approved treatment for this disease, which results from mutation in the CHM gene.

M. Dominik Fischer, MD, PhD, explained that choroideremia is a good candidate for gene therapy because the CHM gene is small, which facilitates its packaging in an AAV2 capsid and the easy access and immune-privileged state of the eye.

In addition, the vision loss in this disease may be reversible to some extent. The mutation in the CHM gene leads to an absence of functional ras-associated binding escort protein 1 (REP1).

Investigators, led by Fischer, evaluated the safety and efficacy of AAV2-REP1 therapy in a phase 2, single-center, open-label, randomized clinical trial conducted at the University of Tübingen inGermany. The 6 male patients were treated with a single, 0.1-mL subretinal injection of 1011 genome particles after vitrectomy.

The primary outcome at 2 years was a change in the best-corrected visual acuity (BCVA) in the treated eye compared with the fellow eye.

The secondary end points were the effects of treatment on microperimetry variables, the change in the area of fundus autofluorescence, and the findings onoptical coherence tomography.

The results showed that by the time of the 2-year evaluation, the BCVA in the treated eye had increased by 3.7 letters compared with no change in the control eye; the difference did not reach significance (P = .43).

The retinal sensitivity increased by 10.3 dB in the treated eyes and 9.7 dB in the fellow eyes at 2 years, a difference that also did not reach significance (P = .74).

The treated eyes had mean declines compared with baseline of 21% in the preserved area of fundus autofluorescence, 23% in the preserved ellipsoidal zone, and 5% in the subfoveal choroidal thickness. The changes in the fellow eyes were similar.

No serious adverse effects (AEs) were associated with the treatment. About half of the reported AEs were ocular and were the same as those experienced by patients after vitrectomy.

The authors concluded that the results showed the potential of AAV-mediated gene therapy for CHM.

“Gene therapy with AAV2-REP1 was associated with maintenance or improvement of the visual acuity, although no significant difference was found from control eyes,” Fischer said. “Our study further adds to the evidence that gene therapy with AAVs-REP1 may be well tolerated, with no severe adverse effects occurring in the study patients.”

Fischer added that continued investigations could more precisely define the efficacy and safety of gene therapy with AAV2-REP1 in CHM. 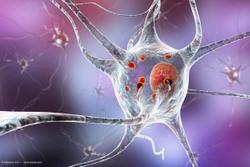