Weinstock was involved in research into the use of dexamethasone intraocular suspension 9% at the time of cataract surgery.

It is placed inside the capsular bag right at the end of surgery to avoid putting patients on topical surgery.

The option can take the treatment out of the hands of patients, who may already be prescribed multiple drops.

This issue has increased during the pandemic, as elderly patients who might normally have had assistance from family or friends had instead had to obtain and administer ophthalmic drugs on their own, and no longer can rely on that help.

The study included two groups, one which received standard of of care consisting of topical steroid, NSAID and antibiotic.

The other group received intracameral dexamethasone along with topical NSAID and an antibiotic.

“We found that that there was no significant difference in postoperative inflammation scores in the anterior chamber at day one, at one week, and at one month,” he said.

“I wanted to do the study because I wanted to provide our colleagues with some real world post-market, post-approval data about how well it works to let everyone know how well it works,” he said.“For routine cataract surgery, this works just as well, at least in my hands so far, for eliminating the need to put people on topical steroids.”

The option eliminates the need to put patients and drops and Weinstock said it is great to have an option that can be used easily during cataract surgery.

The next step, according to Weinstock, would be to broaden the depth of the data and eventuate the procedure across multiple practices. It also would be good to receive feedback from patients.

“We would like to see what the long-term impact is of reducing drops for our patients,” he concluded.

Financial disclosure: Weinstock is a consultant to EyePoint Pharmaceuticals. 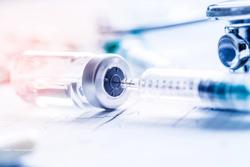