Providing an option for ease of exchangeability, a novel IOL technology (Bag-in-the-Lens; BIL IOL, Morcher) seems to have overcome a number of the noteworthy problems associated with previous IOL models, including incorrect centering, development of posterior synechiae, and secondary cataract formation.

Providing an option for ease of exchangeability, a novel IOL technology (Bag-in-the-Lens; BIL IOL, Morcher) seems to have overcome a number of the noteworthy problems associated with previous IOL models, including incorrect centering, development of posterior synechiae, and secondary cataract formation.

After what seems to have been a perfect combination surgery of phacoemulsification and IOL implantation, things can go awry in the early postoperative period when the gas bubble can disrupt the centration of the IOL. The result can be an early opacification of the posterior capsule. All IOL types are susceptible to this, and it happens because, at minimum, the haptics are placed in the capsular bag, said Claus Eckardt, MD.

In an effort to overcome postoperative problems, he explained that for the past decade, he and his colleagues have been using an IOL for combined surgery that is designed so that “instead of the lens being placed in the bag, the bag is placed in the lens,” he explained.

Implantation of this IOL requires a primary posterior capsulotomy with two rhexes, one of the anterior and one of the posterior capsules. This is an additional surgical step, but it seems to justify the end result, said Dr. Eckardt, who is professor of ophthalmology, Klinikum Frankfurt HÃ¶chst, Frankfurt, Germany.

The BIL IOL, often referred to as the Tassignon lens for its designer Marie-Jose Tassignon, MD, is made of a hydrophilic acrylic material with two anterior and two posterior haptics, between which is a groove running 360° around the optic into which the edges of the capsules are placed.

“When viewed from the side, it looks like a rim,” Dr. Eckardt noted.

A ring caliper is placed onto the lens to achieve a well-centered 5-mm capsulorhexis. Standard phacoemulsification and cortex removal are performed. The posterior capsule is punctured and a viscoelastic agent is injected into the Berger space both to push the anterior hyaloid back and create a cushion. The posterior capsular rhexis is then created along the anterior rhexis and the BIL IOL is injected.

By applying gentle sideward movements and downward pressure on the lens, the edges of the two capsules move almost automatically into the groove, Dr. Eckardt explained.

Dr. Eckardt is enthusiastic about the use of the BIL IOL, and he explained there is little change in patients’ eyes over the long term as a result of the primary posterior capsulotomy and Implantation of the BIL IOL is not limited to uncomplicated cases.

“These cases did not have only uncomplicated macular puckers and holes but they also had advanced proliferative vitreoretinopathy that needed repeated vitrectomies with gas and oil tamponade,” he said. “Regardless of the vitreoretinal pathology, there is almost guaranteed stable IOL centration.”

In addition to the excellent centration, another advantage is that there is no possibility of development of capsular opacification because the capsule has been removed. “This is particularly advantageous if silicone oil injection is planned, because YAG laser capsulotomy would not be possible,” Dr. Eckardt said.

Notably, posterior synechiae and iris bombe cannot develop, which is important for eyes with uveitis, diabetes, rubeosis, or trauma.

“These complications cannot occur because the remaining posterior and anterior capsules are, in effect, glued together such that the capsular bag is totally closed,” Dr. Eckardt pointed out. “Proliferative lens epithelial cells have no way to come into contact with the iris, and this is also true for severe uveitis in which rapid recurrent synechiae is expected after surgery.”

With this lens, the pupil remains free postoperatively and can regain motility, he explained.

Finally, if needed, the BIL IOL can be exchanged easily; only a spatula is needed to get into the groove and elevate the IOL out from beneath the capsular edge. After cutting and removing the lens, the rhexes can be seen to have remained intact well past the time of implantation.

Dr. Eckardt pointed out that implantation of the BIL IOL becomes more challenging in cases of small pupils and loose zonules. Postoperatively, the pupil should not be dilated excessively during the early postoperative period because of the risk of iris capture, i.e., partly incarcerated in the groove as a result of the pressure of the gas bubble. This can be addressed using a spatula at the slit-lamp.

The chances of calcification of an acrylic lens are the same as with any acrylic IOL after gas tamponade, but after implantation of over 3,000 BIL IOLs, this has not occurred in Frankfurt, Dr. Eckardt reported.

The BIL IOL is more expensive and the surgical duration is three minutes longer than the typical surgery.

Dr. Eckardt noted that primary posterior capsulotomy and implantation of the BIL IOL guarantees good IOL centration independent of the tamponade, despite the presence of gas or silicone oil.

“This IOL eliminates development of posterior synechiae and secondary cataract formation. In the event of a refract error or a refractive change in the fellow eye, the IOL can be exchanged easily, even after the passage of several years postoperatively,” he concluded. “This lens is ideal for phaco-vitrectomy.”

The BIL IOL currently is not available in the United States.

Claus Eckardt, MD
E: C.Eckardt@em.uni-frankfurt.de
This article was adapted from Dr. Eckardt’s presentation at the 2019 meeting of the American Academy of Ophthalmology. Dr. Eckardt has no financial interest in any aspect of this report. 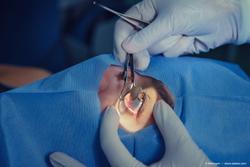 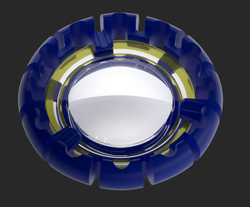 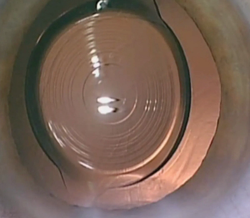