According to researchers, gaining a good understanding of what Musashi proteins do and how to manipulate their function could lead to the development of a universal therapy for blinding diseases.

For many people, inherited retinal degeneration can make even the most mundane tasks—like cooking, driving and walking down the sidewalk—difficult or impossible, and it cannot be cured.

Peter Stoilov and Visvanathan Ramamurthy—researchers at the West Virginia University School of Medicine—have spent the last several years collaborating to study proteins called Musashi, the loss of which causes rapid retinal degeneration. Their project recently received its fifth year of funding—$502,444—from the National Eye Institute, a division of the National Institutes of Health.

According to Stoilov, an associate professor in the Department of Biochemistry, a key issue with treating retinal disease is that it is such a scattered target that you cannot hit it with just one therapy. ”

“Retinal disease is caused by hundreds of genetic mutations in tens of different genetic loci, and so you need to treat each mutation individually,” he said in a news release. “We think once we have a good understanding of what Musashi proteins do and how to manipulate their function, we can develop a universal therapy for blinding diseases.”

The researchers want to determine if the Musashi are controlling protein translation in the retina directly and investigate the role the proteins play in regulating gene suppression.

“I think the hardest task in this grant is to assign a weight to all these different potential mechanisms,” Stoilov said in the release. “How important is direct regulation versus indirect regulation? And these hypotheses may not be mutually exclusive.”

Treatment options for people with retinal degenerative diseases are limited—and expensive—because they only work when certain mutations are present.

“A reduction in the production of proteins needed for vision is frequently associated with human blindness,” said Ramamurthy, a professor with the Department of Ophthalmology and Visual Sciences and chair of the Department of Biochemistry. “Our studies on Musashi will identify potential pathways to boost protein production and slow vision loss.”

According to the news release, Stoilov and Ramamurthy trust that a greater understanding of the processes leading to retinal degeneration and blindness will bring about more universally-effective and cheaper therapies for those who have retinal degenerative diseases.

“I think the results of this project will give us a global, very good fundamental understanding of what happens during retinal degeneration,” Stoilov concluded in the release. “That is universal, and it can be applied broadly to retinal degeneration regardless of what the immediate cause is.” 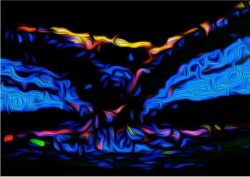