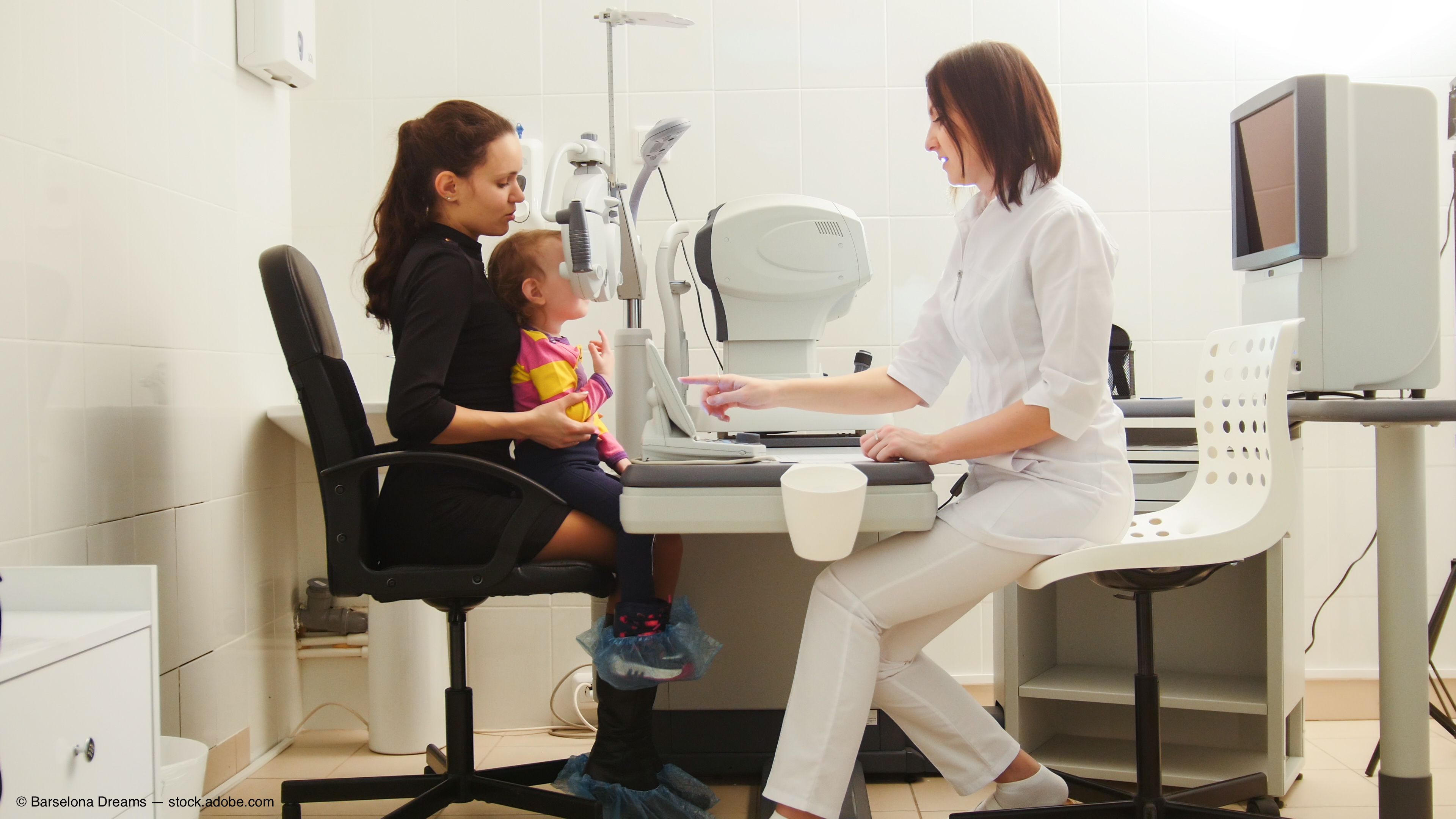 Ultra-widefield imaging has added a whole new dimension to fundus imaging in children, with up to 200 degrees of the retina now visible compared with standard fundus photography that provides 30 to 50 degrees of visibility.

“These systems also are capable of fluorescein angiography [FA],” he said.

Related: Making the most of imaging in examination of pediatric patients

The RetCam, a contact lens-based systems, requires pupillary dilatation and clear media and although the imaging can  be performed  in awake preterm infants or neonates older children need to be sedated. The RetCam system is useful in the operating room to document fundus images at examination under anesthesia.

“The RetCam images are available in real time but the resolution is low,” Dr. Moore noted. “The system has video capability and is particularly useful for FA in the operating room.”

The Optos is a confocal dual-laser system, can be used in awake patients of any age.

“This system is ideal for use in a clinic setting. In a pediatric ophthalmology practice, it can be used in young infants using a ‘flying baby’ technique with or without using a speculum,” he said. “A disadvantage however is the lack of real-time imaging. It has a useful fundus autofluorescence mode and FA and indocyanine green angiography capabilities.”

Effects on practice
The RetCam system, Dr. Moore pointed out, has revolutionized the care of patients with retinopathy of prematurity (ROP) and retinoblastoma. Many institutions are currently using telemedicine for ROP screening in remote areas.

It is also useful for in patient consultations for children with suspected nonaccidental injury  and in other situations, such as viral retinitis,  where there needs to  careful documentation of the retinal findings. Dr. Moore noted that the system is less valuable for use with older children and adults unless they are sedated.

He described the case of a 14-month-old boy who presented with leukocoria in the right eye. The left fundus appearance was normal. During an examination in the OR a diagnosis of Coats disease was made and FA was performed using the RetCam in video mode, which allowed the full extent of the retinovascular abnormalities to be identified and treated. Repeat imaging seven months following laser treatment indicated a good response to treatment with was no further vascular leakage ; retinal detachment had been prevented.

In the case of an infant born prematurely at 25 weeks gestation and now 39.5 weeks, using a speculum, the ROP could be seen to be regressing. The retina was visible out to the peripheral ridge of neovascularization.

“This approach is more comfortable for the infant than when the physician uses the indirect ophthalmoscope and scleral depression,” Dr. Moore noted.

Another beneficial use of this technology was demonstrated in the case of a 5-month-old infant. The mother was a carrier of the RS1 gene and the male infant was at 50% risk of being affected. The technician imaged the fundus without using a speculum using her fingers to hold the lids apart. The retinal findings were abnormal, with a silvery reflex toward the periphery. Use of the zoom function showed in this case the typical foveal schisis seen in this disorder.

The Optos FAF mode is also useful for identifying abnormalities of the retinal pigment epithelium and retina. Dr. Moore also noted.  the case of bear track retinopathy in a 7-year-old boy; the pathology was very well highlighted in FAF mode.

“The fluorescein capability of this instrument is extremely useful,” he said.

Related: Coming to terms with 'ultra-widfield' and 'widefield' imaging

In the case of a 15-year-old girl who presented with a sudden onset of floaters in the right eye. Indirect ophthalmoscopy showed an abnormality in the extreme periphery, which would have been difficult to image with a normal camera; however, widefield FA clearly showed a small area of nonperfusion in the left eye and peripheral non perfusion and neovascularization in the right eye. These findings resulted in a diagnosis of familial exudative vitreoretinopathy treated with laser in the right eye. The technology can be used to monitor disease progression.

Dr. Moore cited the non-mydriatic mode of the Optos instrument as extremely useful in a pediatric population. “It is useful in children who are drop-phobic, as an alternative to annual dilated fundus examination in patients with stable strabismus and normal vision, and as a fundus examination for use in parents to identify suspected inherited eye diseases.

An illustrative example is that of a 10-year-old boy with blurred vision referred for an inpatient consult who had undergone a failed stem cell transplant. He was drop phobic and he and his father refused instillation of drops. fundus exam through an undulated pupil but Optos imaging  showed bilateral disc swelling and a macular star. The boy was diagnosed with idiopathic intracranial hypertension and was followed with regular OPTOs imaging without the use of eye drops .

Conclusion
“Widefield fundus imaging has a major role to play in managing ROP, retinoblastoma, and retinovascular disease in young infants and the technology has improved documentation in medicolegal cases,” Dr. Moore concluded. “Optos imaging can be performed  without pupil dilatation and helps improve the efficiency of the strabismus clinic and is helpful in children who are drop-phobic.”

Anthony T. Moore, BM Bch, FRCOphth
E: Tony.Moore@ucsf.edu
Dr. Moore has no financial interest in any aspects of this report.