UBM, AS-OCT viable for use with anterior segment lesions

Ultrasound biomicroscopy and anterior-segment optical coherence tomography are better at some tasks than others, but both are valuable imaging technologies.

This article was reviewed by Carol L. Shields, MD

When considering ultrasound biomicroscopy (UBM) or anterior-segment optical coherence tomography (AS-OCT), ophthalmologists are finding that they both are excellent in different scenarios because they complement each other.

UBM makes use of sound waves to obtain images of the anterior segment of the eye. In contrast, AS-OCT uses light waves for the same task, according to Carol L. Shields, MD, chief of the Ocular Oncology Service, Wills Eye Hospital, Philadelphia.

In her practice, she prefers UBM to get the best look at the iris stroma, iris pigment epithelium, and the ciliary body, in which the lesions are “deep and dark.”  In contrast, AS-OCT, she noted, is better for lesions that are very “superficial and light.”

The technology also may be better for use in very young patients, those unable to cooperate, and in the presence of a thin cornea or infection. Some cysts in the iris stroma and lesions in the conjunctiva can be visualized by AS-OCT.

Dr. Shields described a comparative study that looked at the use of both of the technologies in 200 consecutive cases of anterior-segment tumors (Ophthalmology 2011;118:1297-1302).

“We found the UBM allowed better visualization of all margins and overall better images for the entire tumor configuration,” she said.

Notable cases
Case I was that of a 45-year-old white woman referred with a ciliary body melanoma. Upon dilation, the lesion looked similar to an iris pigment epithelial cyst. UBM showed the cyst “beautifully,” according to Dr. Shields, as did AS-OCT.

In this case, both provided good images, but UBM was more reliable. This turned out to be a case of an iris pigment epithelial cyst and not melanoma.

Case II was an 84-year-old white woman with an iris stromal lesion that had previously been aspirated but recurred. UBM showed that the cyst did not extend into the ciliary body; AS-OCT showed fluid and septations within the cyst that were not visible on the UBM images.

Case III was a 6-year-old boy with an iris lesion in the inferonasal iris of the left eye. UBM in such a case can be performed in the office or the operating room. The image showed a multicystic ciliary body mass that suggested a medulloepithelioma confirmed by fine-needle aspiration biopsy of the anterior portion. The patient underwent plaque radiotherapy.

Related: Budding technology could be an OCT analysis game-changer

Case IV, a 6-year-old boy, presented with a red eye with some conjunctivitis and a small mass in the angle at 4 o’clock. UBM demonstrated a solid tumor that was confirmed by a needle biopsy to be ciliochoroidal Langerhans histiocytosis. The patient was treated with low-dose plaque radiotherapy to which the tumor was highly responsive.

Case V was that of a 16-year-old girl with an iris abnormality that could have been a melanoma requiring enucleation. UBM of the affected eye showed a thickened iris compared with the healthy fellow eye. Dr. Shields considered a diffuse iris melanoma. AS-OCT showed a pathognomonic finding. Treatment included topical steroids that saved her from enucleation.

A new generation of swept-source AS-OCT (Anterion) is being developed by Heidelberg Engineering. This instrument is not yet approved by the FDA and remains under study.

“UBM and AS-OCT are critical for assessment of anterior segment tumors. I believe that the two techniques are complementary,” Dr. Schields concluded. “UBM is preferred if the tumor is ‘deep and dark’ in the ciliary body or angle and AS-OCT if the tumor is ‘superficial’ on the anterior surface of the iris or cornea.”

Carol L. Shields, MD
E: carolshields@gmail.com
This article is based on Dr. Shields' presentation at the American Academy of Ophthalmology's 2019 annual meeting. Dr. Shields has no financial interest in this subject matter. 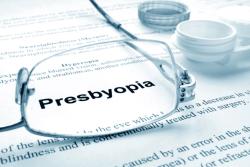