The glaucoma market seems to be in an expansion phase, as evidenced by the explosions in the number of new pharmaceutical and surgical options entering the marketplace. The introduction of new devices is possibly the single most influential factor currently driving the glaucoma market.

The glaucoma market seems to be in an expansion phase, as evidenced by the explosions in the number of new pharmaceutical and surgical options entering the marketplace. The introduction of new devices is possibly the single most influential factor currently driving the glaucoma market.

“The introduction of microinvasive glaucoma surgical devices [MIGS] especially has resulted in the opening up of the market to a new group of surgeons, with cataract surgeons now performing combination procedures,” said Kristen Harmon Ingenito, MBA, vice president of Market Scope in St Louis, Missouri, who spoke at the recent Glaucoma 360 New Horizons Forum, pointed out that the interest in MIGS has been increasing since this development. “The introduction of new devices is resulting in increases in both the number of doctors performing glaucoma procedures and the number of patients [who] benefit from the procedures.”

Breakdown of the market shares

The current global glaucoma product market is estimated to reach $6.1 billion, with pharmaceuticals commanding 80% of the pie. Of that segment, fixed-combination drugs account for 29%; branded and generic prostaglandins are at 14% each; -blockers, carbonic anhydrase inhibitors and alpha agonists are at 7% each; and miscellaneous drugs are at 5%. Glaucoma devices represent 13% of the market, with the biggest share (6%) held by MIGS. The remainder of that segment consists of canal surgery devices, tube shunts, and lasers all at 2% each, and other devices at 1%. These percentages divided up among several treatment options satisfy surgeons’ desire for a variety of treatment options.

“[Although] the standard of care clearly remains the pharmaceutical option, surgeons want a variety of other options to facilitate treating different patients in the best way possible on an individual level,” Ingenito said. “They all do not respond well to the same treatment option.”

The surgical device segment is currently exhibiting a “very healthy” growth phase, a great deal of which is the result of new treatment options (ie, rho kinase inhibitors and canal surgery devices) that are still relatively new. “I am seeing a great deal of openness and willingness to accept new and novel technologies within the glaucoma space,” Ingenito said. “This is very exciting, considering all the new products on the horizon. Surgeons are willing to try new products to see [whether] they can realize a benefit for their patients and integrate them into their practices.”

Ingenito said she views the expansion of MIGS devices as somewhat of a surprise. The MIGS segment of the market is currently enjoying an annual growth rate of 29%, which is surpassing the other devices, fixed-combination drugs, and branded prostaglandins thus far. This growth was driven by both cataract and glaucoma specialists at all stages of their careers. In addition, the safety profile and minimally-invasive nature of MIGS appeal to many surgeons.

The number of patients affected by glaucoma is increasing. In 2021, a total of 145.9 million people were estimated to be affected. By 2026, that number is projected to be 166 million, a combined annual growth rate of 2.6%.

Another consideration is the substantial number of patients with glaucoma who are presently undiagnosed and untreated. There is substantial room for growth in disease screening and staging, gaining a better understanding of which patients to treat and when to treat, in the choice of the best individual treatments and in maintaining patient adherence with pharmaceuticals.

The enthusiasm in the glaucoma pipeline lies in a few areas, including the following:

Sixty new companies have recently announced in 2021 their intention to enter the ophthalmic market and currently have no ophthalmic products. Ten of the 60 companies were specific to glaucoma, and most were investigating pharmaceuticals or combination devices. “I am very excited to see where all these innovations are going,” Ingenito said.

The takeaways are that the specialty has a growing patient population, new market segments are being established, the market is accepting novel treatments, there is a continuing demand for flexible and varying treatment options, research into disease stages and diagnosis is ongoing, and reimbursement continues to be challenging, Ingenito concluded.

Ingenito has no financial disclosures related
to this content. 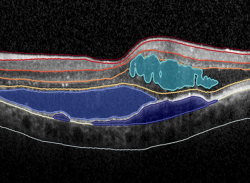