This technique has achieved stable extended depth of focus and micro-monoision. High patient satisfaction has been achieved in overal visual quality and long-term visual performance.

This article was reviewed by Michiel H.A. Luger, MD

In 2012, a research team led by Michiel H.A. Luger, MD, conducted a study performing PresbyMAX hybrid presbyopia laser correction, which is a micro-monovision technique plus an asymmetric extended-depth-of-focus approach, by induction of negative spherical aberration (SA).

In the study, the researchers employed the Near Activity Visual Quality Questionnaire (NAVQ) and the Quality of Vision (QoV) questionnaire both preop and postop. They also studied contrast sensitivity and glare, corneal aberrations, and ocular aberrations. Treatments were performed with Intralase iFS and AMARIS 750S.

Results after six years
The one-year results were published in the American Journal of Ophthalmology,1 and were quite good. But in order to know if the results were lasting long term, the group recently recalled the entire cohort to follow up after a six-year interval. Of the original 32 patients, 19 (60%) agreed to be included again, and these 38 presbyopic eyes were followed longitudinally.

Quality of vision
Surprisingly, quality of vision improved over time. Initially there were issues with hazy vision, blurred vision, or double vision, which the authors believe had to do with adaptation and differences in depth of field, but over time it completely resolved and was even slightly improved (not significantly) over baseline.

For distance visual acuity, the team achieved 20/20 binocular in 73% of patients, and quality of vision was comparable to before the operation. The initial effects of night vision symptoms decreased over time, and there was a good refractive outcome in that there was separation between the distance eye and near eye, and stability was achieved almost instantaneously.

Looking again at the NAVQ questionnaire there were a few items that were not as good after one year as they were pre-operatively, but all ten items resolved and became significantly better than they had been at baseline.

Multifocality
Distance corrected visual acuity is at the level of j6 in over 75% of patients. The defocus curves show no loss in best focus, no change for intermediatevergences, and a mean gain of one line for near vergences. This is a little worse than at one-year follow up.

Aberrations
Aberrations are very important. The goal was to induce negative spherical aberrations and they were very stable over time, so the group achieved what they were looking for.

Conclusions
This technique achieved stable extended depth of focus and micro-monovision. High patient satisfaction was achieved in overall visual quality and visual performance over the long term. Overall, 100% of patients were corrected to 20/20 for distance and had J2 uncorrected near vision.

The study authors explained that they believe this is an excellent procedure to correct presbyopia and acheive long-term satisfactory results in the pre-cataract patient. 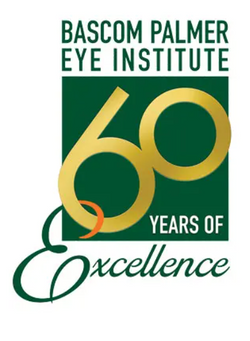