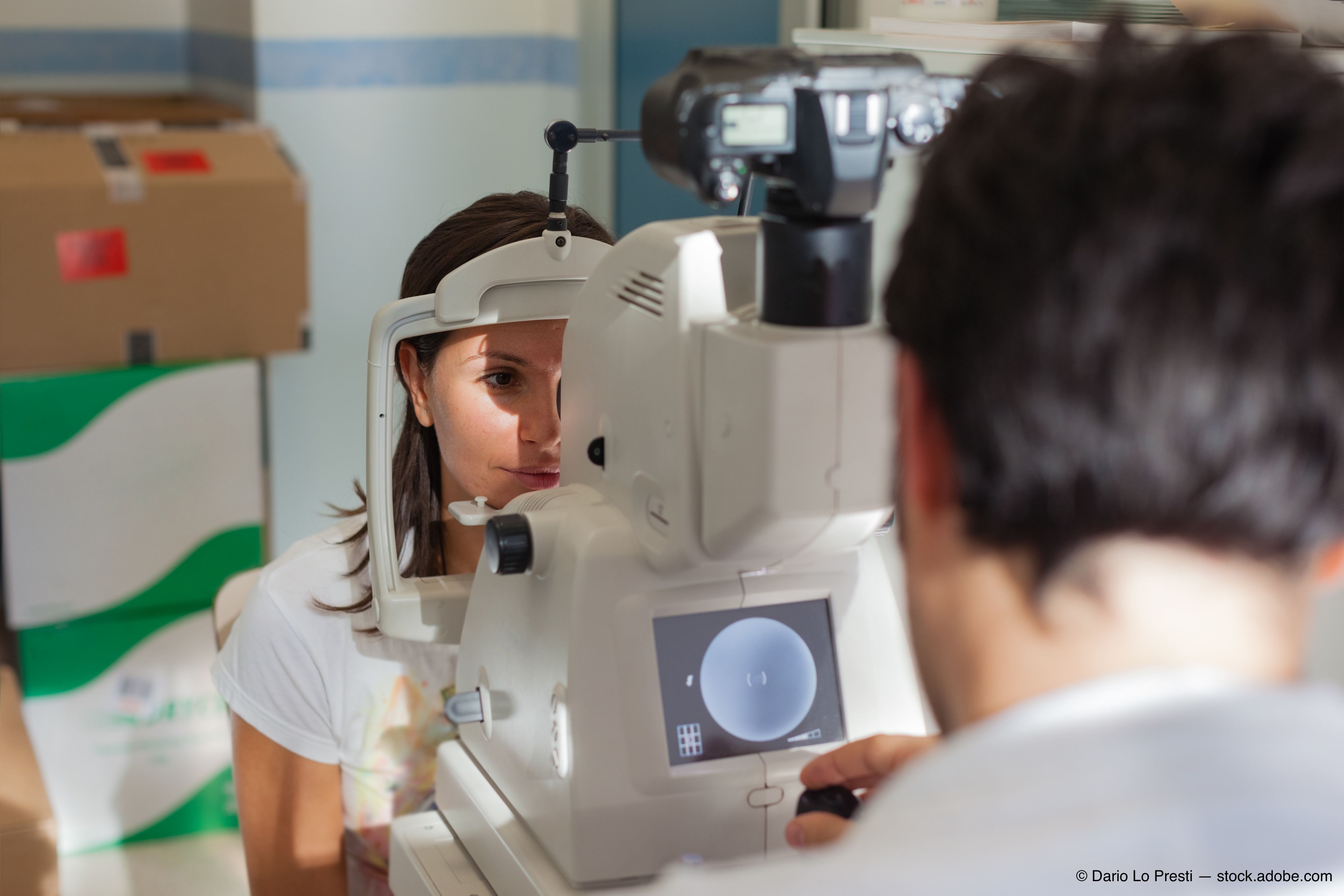 This article was reviewed by Jacob J. Pe'er, MD

Primary vitreoretinal lymphoma (VRL), the most common and most aggressive intraocular lymphoma, is readily diagnosed by determining the interleukin (IL)-10:IL-6 ratio in the vitreous. Treatment with intraocular injections of methotrexate achieved a 100% response rate of the VRL, with rare recurrences, Jacob Pe’er, MD, said.

Primary VRL, first identified in 1951, generally is associated with primary central nervous system lymphoma (PCNSL), which usually is a high-grade B-cell lymphoma that remains confined to the CNS.

“Intraocular involvement occurs in about one quarter of those with PCNSL; however, in about 85% of VRL, PCNSL is present,” said Dr. Pe’er, past head, Department of Ophthalmology, Hadassah-Hebrew University Medical Center, Jerusale. In addition, a diagnosis of VRL can become evident before, at the time of, or years after CNS lymphoma develops.

Diagnosing VRL
The disease is characterized by the presence of clumps or sheets of vitreal cells and in about a third of the patients also by yellow-white subretinal infiltrates seen during clinical examinations. Dr. Pe’er pointed out that these cells often can be misdiagnosed as nonresponsive uveitis.

Laboratory evaluation is by far the most decisive method of diagnosis, based on the analysis of specimens obtained during vitrectomy.

“Cytology is the gold standard, but it often is insufficient to confirm primary intraocular lymphoma. In addition, the specimen must be tested very rapidly because of the cellular fragility,” he advised.

Cytokine analysis performed using an enzyme-linked immunosorbent assay (ELISA) can detect IL-10 and IL-6 in the vitreous; the IL-10 level is higher in lymphoma. “The objective is to determine the ratio between IL-10 and IL-6,” Dr. Pe’er said.

The Hadassah experience
He and his colleagues at the Hadassah-Hebrew University use three methods of diagnosis: cytology, gene arrangement, and cytokines. After obtaining diluted or undiluted vitreous fluid during vitrectomies from patients suspected of having VRL, the specimens are delivered to the cytopathology laboratory, the hematology laboratory for PCR, and the tumor-markers laboratory for ELISA testing to determine the IL-10:IL-6 ratio.

They recently compared the three methods to determine the efficacy in diagnosing VRL in 146 patients (54.1% women; mean age 62 years) in whom the disease was suspected. Using the three methods, 74 patients were diagnosed with VRL.

“We recommend that the IL-10:IL-6 ratio should be included in the diagnostic process of VRL,” he advised.

Treatments for VRL
A variety of treatments are available, i.e., in the past enucleation for advanced cases, radiation therapy, systemic and intraocular chemotherapy, biologic therapy, and investigational immunotherapies are possible options for these patients.

Dr. Pe’er and colleagues have achieved the best results with intraocular chemotherapy. He reported that among their 79 patients (130 eyes) with VRL, most cases (64%) were affected bilaterally; the vast majority had B-cell lymphoma. Interestingly, only 38.2% of cases with VRL had retinal involvement.

The three-phase chemotherapy treatment protocol used by Dr. Pe’er and colleagues was intravitreal injection of 400 µg/0.1 ml of methotrexate via the pars plana through a 30-gauge needle. During the induction phase, patients received twice-weekly injections (n=8) for 1 month; the consolidation phase included a once-weekly injection (n-8) for 2 months; and the maintenance phase included a once-month injection for 9 months (n=9). The overall mean follow-up was 55.7 months for patients with and without CNS involvement.

“All 130 eyes of 79 patients achieved complete remission of VRL after a mean of five injections (range, 1-16) of methotrexate,” Dr. Pe’er said. “There was no difference between the patients with monocular and binocular disease.

Only two patients developed locally recurrent VRL, and they responded again to the same treatment protocol.”

The side effects associated with this treatment protocol were conjunctival hyperemia, keratopathy, cataract formation or progression, neovascular glaucoma, severe inflammatory reaction, and optic atrophy, most of which Dr. Pe’er described as superficial and transient.

According to Dr. Pe’er, no patients died as a result of the VRL; most of those who died succumbed to CNS lymphoma.

Dr. Pe’er concluded that the use of the IL-10:IL-6 ratio is a simple and the most sensitive test for diagnosing VRL and should be included in examining every patient suspected of having VRL.

“Intravitreal injection of methotrexate is a simple and the most effective way to treat VRL and has a 100% response rate if the protocol is applied with rare recurrences,” he said.