Study results give ophthalmologists a plan for treating patients with good vision. 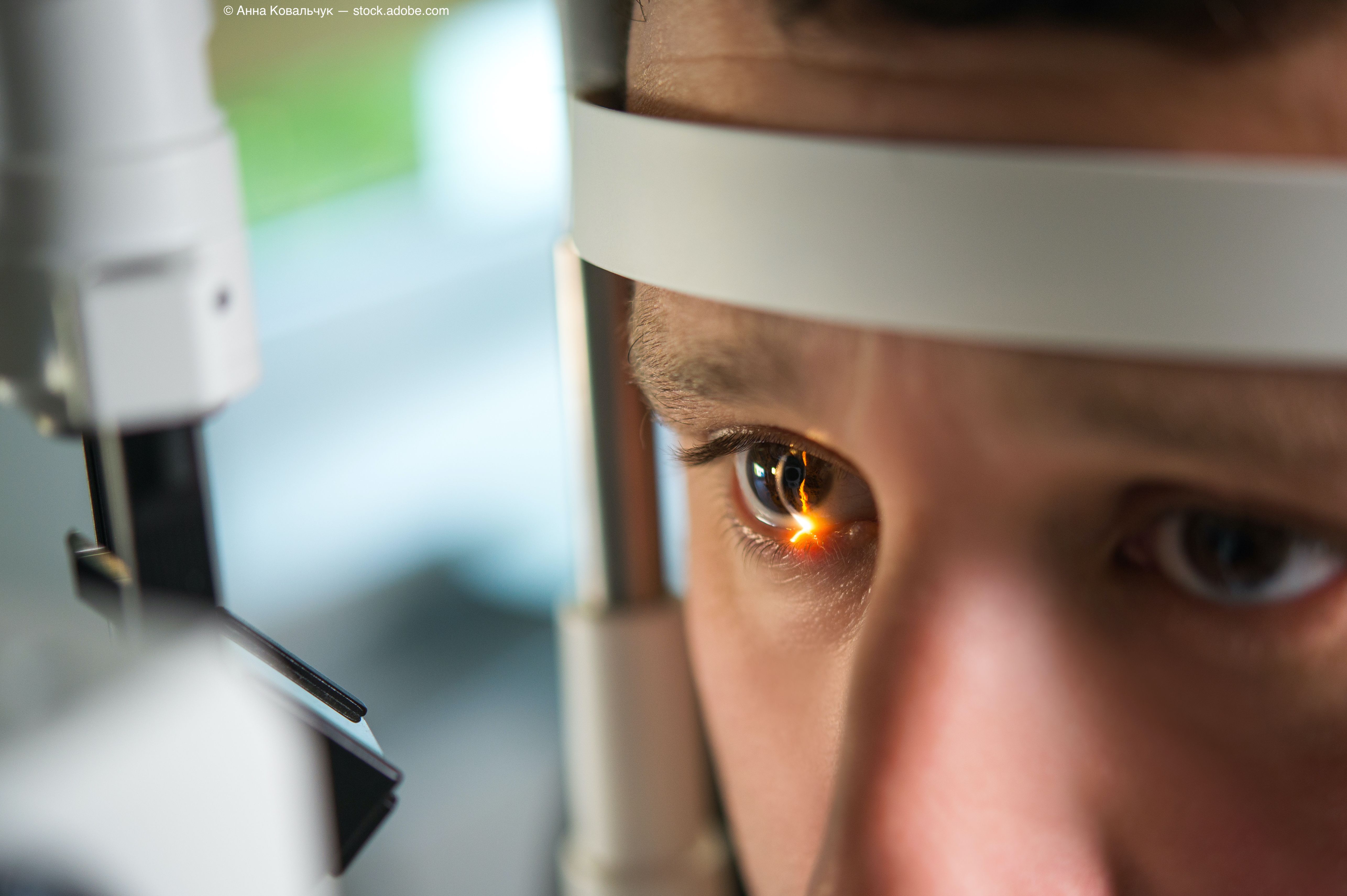 This article was reviewed by Sandeep N. Shah, MD

The research also identified features associated with a need for intervention.

The findings were published in JAMA Ophthalmology February 20, 2020, and presented at Association for Research in Vision and Ophthalmology 2020 by Sandeep N. Shah, MD.

“Protocol V randomized adults with type 1 or 2 diabetes who had CI-DME and Snellen equivalent BCVA of 20/25 or better to initial management with aflibercept [Eylea], focal/grid laser, or observation with aflibercept given in the laser and observation groups if VA decreased from baseline,” Shah said. “At 2 years, there was no difference in VA loss between the 3 study arms, and mean VA was 20/20 in all groups.”

Based on these results, Shah noted, many clinicians and patients might choose initial observation for eyes with CI-DME and good VA, withholding anti-VEGF treatment unless VA worsens.

Shah is the principal investigator for Protocol V (NCT01909791) at the Retina Vitreous Center in Oklahoma City, Oklahoma.

According to Shah, the data show that some patients will do well if managed with observation and that using the DRCR Retina Network protocol-defined approach combining BCVA and optical coherence tomography (OCT)–measured central subfield thickness (CST) is an effective strategy for determining when to initiate anti-VEGF treatment.

“Knowing risk factors that predispose to the need for anti-VEGF therapy helps in deciding follow-up intervals and patient education,” he said.

In Protocol V, a total of 236 eyes were selected randomly to initial management with observation.

Per the protocol, patients were followed after 2 months. Treatment with aflibercept was initiated if VA worsened by 10 letters or more from baseline at any visit or if there was a loss of 5 to 9 letters at 2 consecutive visits.

The schedule for ongoing follow-up of eyes that did not have worsening of VA was determined based on findings of the OCT. If CST worsened, defined by an increase of at least 10% from the last visit or an increase to more than 400 µm, the follow-up interval was reduced to a minimum of 1 month.

However, the maximum follow-up interval was extended to every 4 months for eyes that did not have worsening CST.

At least once during the 2 years of follow-up in the observation group, 19% of eyes experienced a BCVA loss of 10 or more letters and 39% experienced a 5- to 9-letter.

At the next follow-up, however, just 32% of eyes had a sustained VA loss and began treatment with aflibercept, whereas 46% never went on to need aflibercept during the 2 years of the trial.

“These data show how important the role of repeatability of VA change is in an overall treatment regimen,” Shah said.

At the end of the 2-year follow-up, 66% of eyes did not require anti-VEGF treatment with aflibercept and 31% of those eyes had spontaneous resolution of DME, with a median VA of 20/20.

Within the subgroup of eyes that received anti-VEGF treatment per study criteria, VA was still good at 2 years (median, 20/25) and 70% did not lose more than 1 line of VA.

The analysis of factors associated with receipt of aflibercept showed greater baseline CST, having advanced diabetic retinopathy, and need for treatment of DME in the fellow eye increased the likelihood of intervention.

Eyes with baseline CST of at least 300 µm were approximately 2-fold more likely to go on to anti-VEGF treatment than eyes with less macular thickening.

It found that eyes with a Diabetic Retinopathy Severity Scale (DRSS) level of 47 or higher (moderately severe nonproliferative diabetic retinopathy [NDPR] and above) were 2.22 times more likely than eyes with a DRSS level of 43 or lower (moderate NPDR and below) to need aflibercept treatment.

A need for DME treatment in the fellow eye within 4 months of randomization increased the likelihood that a patient would receive aflibercept in the study eye by 2.55-fold.

“Even in these 3 higher-risk groups, only about 50% of the eyes received anti-VEGF treatment,” said Adam R. Glassman, MS, lead author of the JAMA Ophthalmology paper and director of the DRCR.net Coordinating Center of the Jaeb Center for Health Research in Tampa, Florida. “Therefore, although clinicians and patients should understand treatment expectations when they are in the higher-risk groups, many of these eyes still will not need treatment.”

Related: Evaluating the change in VA, CMT after early switch of anti-VEGF drugs

Conclusion
According to Shah, the report’s limitations include the post hoc nature of the analysis and that it did not evaluate the laser group, which required fewer injections than the aflibercept group.

In addition, some of the associations identified may have been due to chance, considering that multiple characteristics were evaluated.

Finally, the treatment decisions were guided by VA measurements obtained with the E-ETDRS testing protocol refraction, which may differ from the approach used in clinical settings. 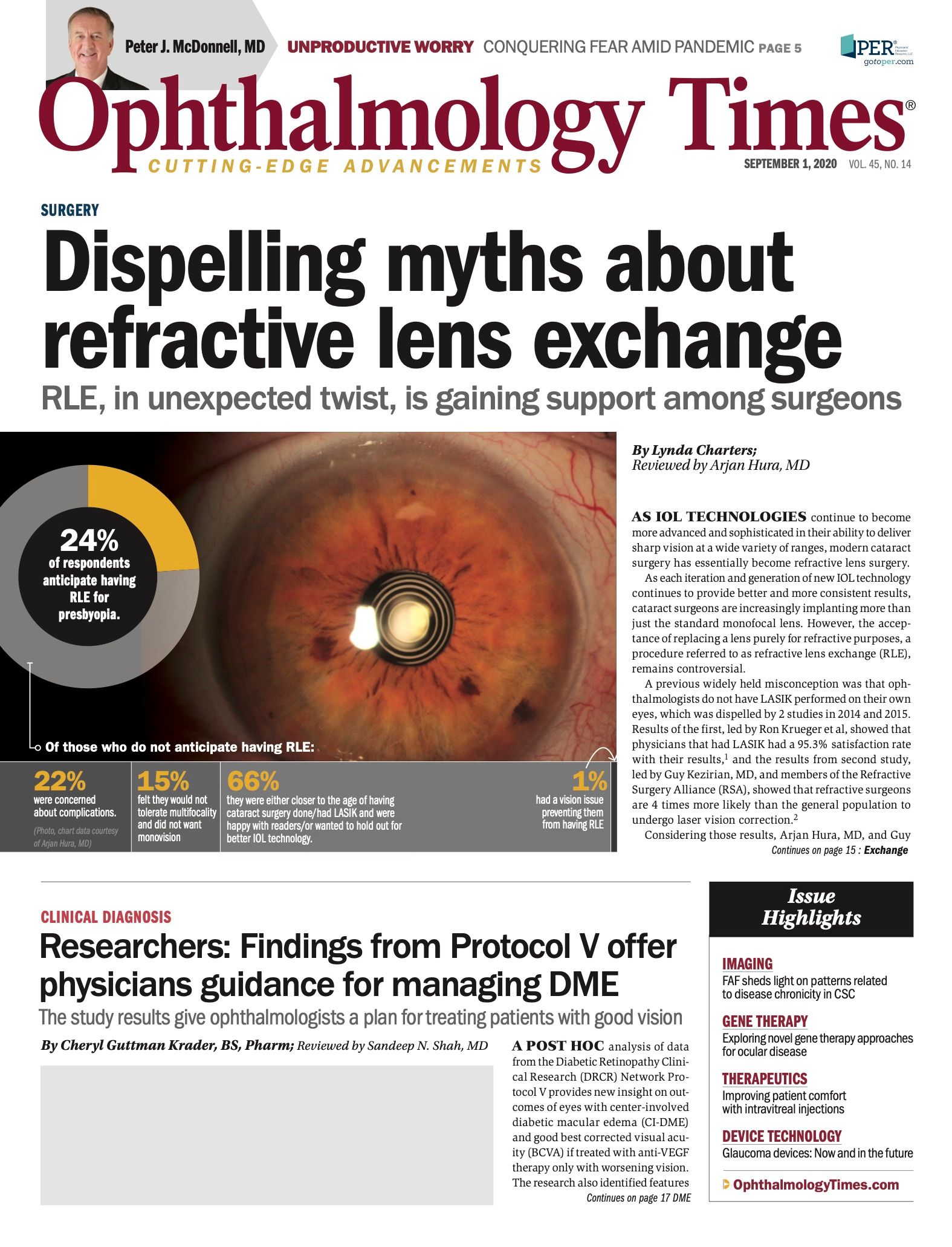