As the largest provider of premium IOLs in the United Kingdom, Optical Express has a long history of using advanced technology to help patients see and function well after surgery.

With the proliferation of new presbyopia-correcting IOLs, we have offered patients a range of options over the years, from bilateral high, low or mid-add multifocal IOLs to extended depth of focus (EDOF) IOLs, and various combinations of these technologies.

Recently, we conducted a retrospective analysis of clinical and patient-reported outcomes with three different combinations of presbyopia-correcting IOLs. We looked at a large data set of patients who had undergone bilateral lens surgery at Optical Express over a four-year period between 2015 and 2018) and who had at least three-month follow-up.

Demographic characteristics and preoperative refractions were similar among all three groups.  The lens groups were not random, however. Lens selection was determined preoperatively, based on conversations with the patient about his or her visual requirements and goals, as well as anatomical or optical factors relevant to the decision.

Clinical results
Subjects did very well with all three lens combinations. At three months, 62.4% were seeing 6/5 (20/16) or better and 86.4% were seeing 6/6 (20/20) or better binocularly at distance without correction. There were no statistically significant differences in the rate of 20/20 uncorrected distance visual acuity (UDVA) among the groups.  The Symfony/3.25 group was more likely to have 20/40 or better UDVA.

At the three-month timepoint studied in this analysis, some patients may still have had residual refractive error. Secondary procedures to enhance the refractive effect, if necessary, had not yet been performed.

Uncorrected near visual acuity (UNVA) was N5 (J6) or better in 73.4% of all patients, regardless of the lens combination . The Symfony/3.25 and bilateral 2.75 groups were more likely than the Symfony/2.75 group to have UNVA of N6 (J8) or better.

The manifest refraction spherical equivalent (MRSE) was very good, with 76.6% of all patients being within 0.5 D of emmetropia.  The bilateral 2.75 patients were statistically significantly more likely than either of the EDOF/multifocal combinations to be within 0.5 D.  In terms of corrected distance visual acuity (CDVA), more than 90% of patients gained lines or maintained the same CDVA after surgery.

Patient-reported outcomes
Overall, patients with all three IOL combinations were happy with their outcomes, with 90.9% being satisfied or very satisfied, and even higher percentages saying they would have the procedure again or recommend it to friends and family. There was no statistically significant difference between groups in the satisfaction rate.

Overall, more than half the patients reported experiencing no postop glare, halo, or starburst at all.  At the other end of the spectrum, as we have come to expect with presbyopia-correcting IOLs, approximately 18%-20% of patients reported moderate to severe glare, halos, and starbursts after surgery.

Although I expected to see a lower rate of photic phenomena in the EDOF/multifocal combination groups, this turned out not to be the case. Rates for moderate to severe symptoms were similar across all three groups. However, we would expected to see these decrease by six or 12 months postop, due to neuroadaptation and (where needed) enhancements.

Some patients experienced symptom resolution after surgery while others worsened, similar to what has been reported in other large studies of refractive procedures.

Patients in the bilateral 2.75 group were least likely to report no glare, but otherwise, patient reports of visual disturbances and night driving experience were quite similar across the three groups.

Implications for practice
Although all three IOL combinations produced good results and would be good options for patients, the bilateral low-add multifocal group had the best near vision outcomes and seemed to be the more highly preferred option by both surgeons and patients.

We are fortunate to have presbyopia-correcting IOLs in a range of add powers and optical designs that provide the opportunity to customize the IOL choice to the patient needs.

Based on the data in this analysis, I tend to rely most heavily on bilateral low-add multifocal IOLs for the majority of my patients. Implanting the same lens bilaterally helps to cut down on patients comparing the IOL performance between their two eyes.

However, there are certainly still patients for whom it may make sense to personalize the refractive outcome by combining two different IOLs. In particular, this may be warranted when the results of the first eye are not as desired.

I usually implant the nondominant eye first. If the patient is dissatisfied with the near vision or already symptomatic with glare and halo, for example, I might choose a different lens for the dominant second eye.

Given that the lens pairs in this study were selected by the surgeon as the best combination for each patient, it is also possible, of course, that patients in each group were relatively equally satisfied because the lens combination was appropriately tailored to each group’s varying needs and expectations.

Ultimately, there is no substitute for talking to the patients about their visual demands and expectations, understanding the pros and cons of each presbyopia-correcting IOL available to us, and identifying the best match between the two. 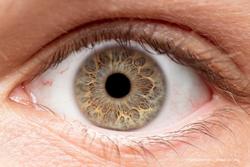 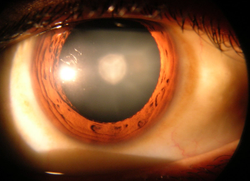